Israel’s Ministry for Regional Cooperation:
A Snapshot After the New Government’s First 100 Days 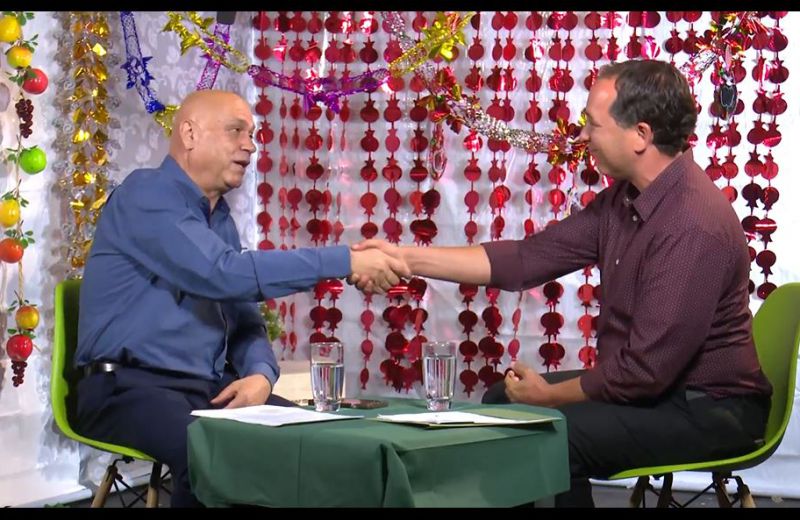 Summary of remarks by Minister for Regional Cooperation Essawi Frej in a conversation with Mitvim Institute President Dr. Nimrod Goren at a Meretz Party event on 22 September 2021

Israel’s Ministry for Regional Cooperation was neglected until the new government was formed in June 2021. The ministry did not interest the Likud ministers who led it in recent years, and therefore it needs to be rebuilt. The ministry aims to develop economic and societal links with the Palestinians and to advance shared initiatives with Arab countries. In accordance with a 2009 government decision, the ministry is responsible for key economic matters related to the Palestinians, although previous ministers neglected this aspect. The Palestinian issue is Israel’s most central issue and must be given full prioritization.

The government could have integrated smaller ministries with larger ones, but as long as the Ministry for Regional Cooperation and the Ministry of Foreign Affairs including their leaders maintain a good working relationship, as they do today, there is justification for the existence of both ministries. There is a broad basis for cooperation when both offices adopt a positive and cooperative approach, and potential for significant success.

The Ministry for Regional Cooperation leads the renewed meetings between Israeli and Palestinian Authority ministers, following a long hiatus. Meetings with Palestinian ministers and discussion of mutual interests constitute a significant change and achievement. The very discourse with the Palestinians creates new opportunities, and advancement of societal and economic issues could eventually lead to discussion of policy issues and renewal of the peace process.

Despite the varying positions in the coalition regarding the peace process, we must do what is possible – within the government, on the civilian level and in terms of public diplomacy – to bring about the renewal of negotiations on the two-state solution. US President Biden also supports this, and there is no other way. The slogans voiced by Netanyahu about “peace in return for peace” with Arab states and Israel’s ability to forge ties with the Arab world while bypassing the Palestinians are false clichés.

Over the past year, Arabs have brought Israel good news. Arabs from outside Israel have brought Israel economic promise through the Abraham Accords, and Arabs from within Israel saved it from a political and democratic crisis by joining the new coalition. Israel’s economic future lies in its integration in the Middle East. In order to fulfill this potential, Israel’s Arab minority must enjoy a status that can serve as an example of the potential for relationship with Arabs in the region. Arabs in the region must also be provided with a positive experience while passing at Ben Gurion Airport, as to not jeopardize their willingness to visit Israel.

Israelis are keen to do business with the United Arab Emirates. In the past, the symbol of wealth in Israel was Uncle Sam from the US. Now the “wealthy uncle” is an Arab from the Emirates. This is a major change. Arabs have become key to economic success. This must be leveraged in order to change the public perception of Israel’s Arab citizens and to free the Israeli public of its prevailing fear of Arabs. Nonetheless, the Emirates are not our cash machine and we must not view them as such. This is a country that is interested in strategic friendship and partnership with Israel.

The Ministry for Regional Cooperation has worked for years to advance two mega-projects envisioned by Shimon Peres – the Red Sea-Dead Sea Canal and the free trade zone with Jordan (Sha’ar HaYarden project). These projects have been stagnating for over 20 years and Jordan has already withdrawn from the canal initiative. The State of Israel must announce formally whether it still regards these projects as relevant, as a decision to step back from them would free up budgets that the ministry could allocate to other initiatives.

Relations with Jordan under Netanyahu were the worst they have been since the signing of the peace agreement. Jordan claimed Israel was untrustworthy and fulfilled only some 10 percent of its promises to the Kingdom. During the new government’s first 100 days, Israel’s Prime Minister, President and Foreign Minister have already visited Jordan, in order to rebuild trust.

In honor of Saudi Arabia’s national day, the Minister of Regional Cooperation wishes its people a good life, prosperity, peace and growth. We must strive for direct flights between Ben Gurion Airport and Jeddah that will enable Israel’s Arab citizens to fulfill their religious pilgrimage. Israel’s Arab population currently goes through suffering and hardship in this regard, and that requires change.

Except for the Iranian axis, Israel has ties with all the states of the region, at one level or another. The Ministry for Regional Cooperation is focusing on promoting ties with those countries that have signed agreements with Israel and that are engaging with it openly. Other countries are waiting to see whether the Abraham Accords succeed in yielding mutual benefit. If so, they are also likely to move forward and establish diplomatic ties with Israel.