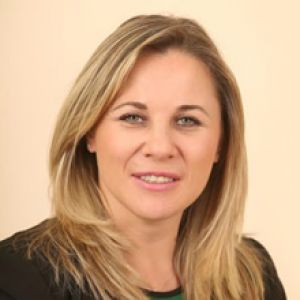 all posts by Ksenia Svetlova

Ksenia Svetlova is the Director of the Israel–Middle East Relations Program at Mitvim, an expert on Middle Eastern Studies and a former member of Knesset. She was born in Moscow, Russia, and made aliyah to Israel with her family in 1991. Former MK Svetlova holds a BA and MA in Journalism and Middle Eastern Studies from the Hebrew University of Jerusalem and is fluent in Arabic. She served for 14 years as a reporter and analyst on Arab Affairs on Channel 9, covering Gaza and the West Bank and reporting from Tahrir Square, Damascus, Beirut, Manama, and Tripoli. Her reports and op-eds have been published by the Washington Post, Jerusalem Post, BBC, Kommersant, Al-Monitor and other Israeli and international media. She served as a Member of Knesset in the 20th Knesset and was a member of the Knesset’s Foreign Affairs and Defense Committee. She currently chairs the public council of the Israeli Society for International Development (SID) and is a research fellow at IDC Herzliya.