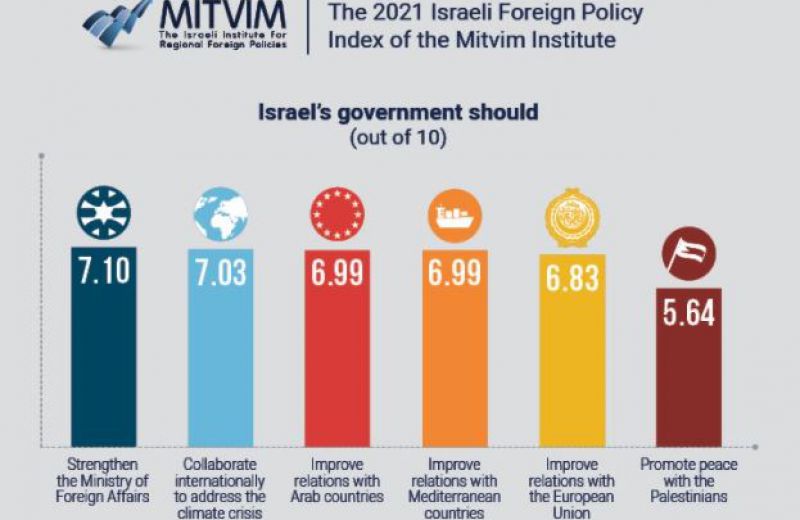 The Mitvim Institute’s Ninth Annual Public Opinion Survey on Israeli Foreign Policy was conducted in September 2021. The survey was conducted by the Rafi Smith Institute and in collaboration with the Friedrich-Ebert-Stiftung, among a representative sample of the adult population in Israel (700 men and women, Jews and Arabs) and with a sampling error of 3.5% . This document presents the findings of the survey, divided into four areas: the Israeli Foreign Ministry, Israel’s foreign relations, Israel and its surrounding regions, and Israel and the Palestinians. This year the survey included, among other things, questions about the climate crisis as a foreign policy issue, the impact of the normalization agreements a year after they were signed and the possibility of leveraging them to promote Israeli-Palestinian peace, policies on exporting technology to regimes that commit human rights violations, and international cooperation in the fight against COVID-19.