The UN’s Call for a Global Ceasefire: Can It Help Advance Israeli-Palestinian Peace? 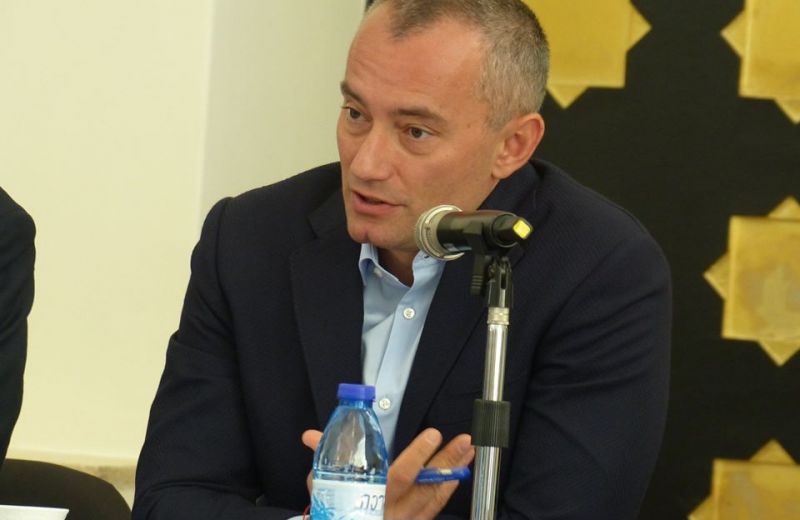 Summary of an online conference of Mitvim – The Israeli Institute for Regional Foreign Policies and the Leonard Davis Institute for International Relations at the Hebrew University of Jerusalem, 17 May 2020

In March 2020, UN Secretary General Antonio Guterres issued an appeal for a global ceasefire. “There should be one fight in our world today, our shared battle against COVID-19,” he said. In the weeks that followed, leaders, organizations and citizens from different countries have voiced their support for a global ceasefire. In some conflicts around the world, there were signs of reduced escalation and increased humanitarian cooperation. Israelis and Palestinians have also stepped up their cooperation these days, as both sides work to confront the health crisis and its domestic implications. However, the current political climate poses obstacles for additional progress. Statements about an upcoming Israeli annexation of Palestinian territories raise the likelihood of escalation over the coming months. In light of this background, the conference introduced the UN’s call for a global ceasefire, explored the impact it has made so far on international conflicts, assessed its relevance to the Israeli-Palestinian conflict, and discussed ways to increase Israeli-Palestinian cooperation and to advance peace. This document sums up the main points presented by the speakers at the conference.

H.E. Nickolay Mladenov, UN Special Coordinator for the Middle East Peace Process: The UN’s call for a global ceasefire came in a timely manner and received significant support from leaders and organizations. However, despite the initial enthusiasm, the initiative has recently lost some momentum. We need to reinvigorate it, because the situation continues to be extremely fragile and complicated. COVID-19 is the biggest global crisis since World War II, with both health and socioeconomic repercussions. Unfortunately, in a time when we most need multilateralism to deal with this crisis, we are faced with rising nationalism and isolationism. As a result, we might see heightened tensions and an increased need for peacebuilding across the globe, including in the Middle East. COVID-19 has enabled some exemplary Israeli-Palestinian cooperation on the ground, especially in health-related issues, but it did not create the necessary political drive to resolve the conflict. In contrast, annexation is a big threat. It is prohibited under international law, and will undermine the rules-based international order. It will have legal, political and security implications that will be difficult to deal with, damage prospects for peace, and encourage radicalization on all sides. Annexation will also diminish the prospects for normalization of ties between Israel and Arab states.

Mr. Richard Gowan, UN Director, International Crisis Group: The UN Secretary-General’s call for a global ceasefire on 23 March was a compelling response to COVID19, but it has since lost momentum. Some armed groups that initially welcomed the appeal have reverted to violence. Overall levels of conflict worldwide appear undiminished. There are a number of reasons for this. In some places one party to a conflict offered a unilateral cessation of hostilities, but its opponents did not see tactical benefits in reciprocating. This has been the case in Yemen, where the Houthis have not taken up a Saudi ceasefire offer. It has also been difficult for diplomats and international mediators to engage with conflict parties to set up frameworks for managing potential ceasefires, given COVID-19-related travel restrictions. Overall, the pandemic has not yet had the catastrophic effect on fragile states and warzones that might force combatants to pause violence out of desperation. Finally, the Security Council has failed to pass a resolution endorse the ceasefire appeal – mainly because of splits between the US on whether to include positive language on the WHO – reducing the idea’s credibility. The council has marginalized itself over COVID-19.

Dr. Nimrod Goren, Founder and Head of Mitvim – The Israeli Institute for Regional Foreign Policies: The UN Secretary General’s call for a global ceasefire did not make a significant impact on the Israeli-Palestinian conflict. It also did not get much public attention in Israel. When the UN speaks, Israelis do not tend to listen. Despite repeated successes by UN Special Coordinator Mladenov over the last few years in preventing wars between Israel and Hamas in Gaza, there is still a prevailing negative image of the UN in Israel. The coronavirus crisis did lead to increased Israeli-Palestinian cooperation – official and unofficial – to confront the shared challenge. The political reality, however, and first and foremost Netanyahu’s annexation plans, does not enable to expand this cooperation and create a positive momentum. On the contrary, it increases chances of escalation. In this context, the UN and the international community should voice clear opposition to annexation, collectively introduce parameters and incentives for Israeli-Palestinian peace in contrast to the Trump plan, and step up their support for Israeli and Palestinian pro-peace initiatives and organizations.

Prof. Dan Miodownik, Director of the Davis Institute, The Hebrew University of Jerusalem: Natural disasters create opportunities for change. The urgency of overcoming their damage may supersede political “blame games” and may lead to attempts to resolve conflicts. However, research has shown that, so far, COVID-19 has not changed the frequency of violence on a global scale. In the absence of abiding (more or less) decisions of international institutions (like the UN Security Council), there is only a minor chance that the UN Secretary General’s call will have the desired effect on conflicts. This is even more true as long as local leaderships are willing to compromise their constituents, neglect short- and long-term interests, and ignore the opportunities that catastrophic events, like the COVID-19 crisis, bring about. This is also true for Israel, which is set on a path leading to annexation, which might have negative outcomes: a new cycle of violence with the Palestinians, political condemnations by countries and institutions, revoking of peace agreements with Jordan, the end of quiet cooperation with Gulf states, and potential sanctions by Europe.

Dr. Yael Berda, Department of Sociology, The Hebrew University of Jerusalem: The UN Secretary General’s important call for a global ceasefire, in Israel/Palestine, must address the situation on the ground, and include the use of bureaucratic weapons of war. As the transnational pandemic alters concepts of mobility, borders and sovereignty, it is critical for the international organizations and states to acknowledge the situation on the ground , which has been called “the one state reality” due to the Israeli government’s de facto annexation in the West Bank.  Studying the mobility regime, clarifies that the Israeli government has full control and governs Israelis and Palestinians in the entire territory, based on separate legal regimes, for different populations, in the same territory. Such a situation, of de facto annexation and indeterminate occupation must be addressed legally and politically. Legally, Palestinians should be granted political participation until their right to self-determination is realized. Politically, the possibility of a confederation, for instance, as is suggested by “land for all” should be considered as a way forward.