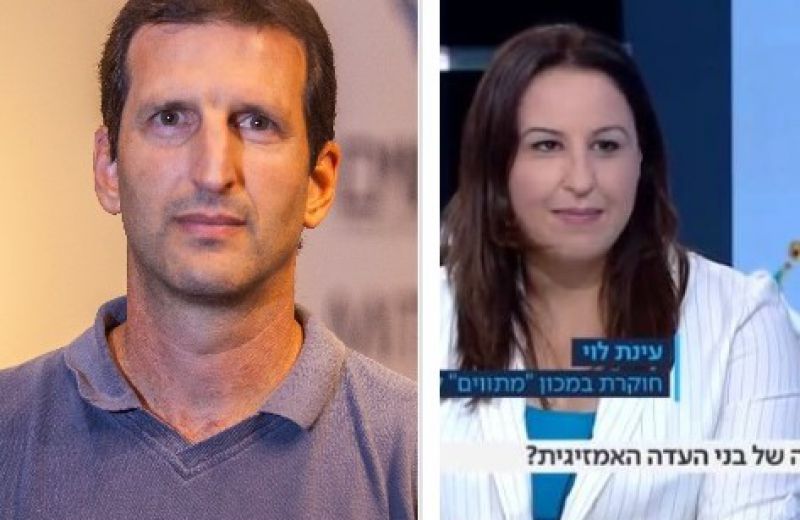 The establishment of full diplomatic relations between Israel and the United Arab Emirates, and later Bahrain, was celebrated by many who recognized new opportunities to forge collaborative initiatives with these Arab states. The peace agreements with Egypt and Jordan sparked at the time similar sentiments and hopes, which then gradually dissipated in face of the lack of progress towards the resolution of the Israeli-Palestinian conflict.

To live in peace with our neighbors, diplomatic relations and government-to-government cooperation are not enough. They must be accompanied by civilian ties, which are generally absent from Israel’s relations with Egypt and Jordan. Such ties, when carried out with sensitivity and wisdom, can contribute to improving conditions for future peace agreements and to strengthening existing ones.

Many would be surprised by the number and scope of civilian collaborations that do exist between Israelis and Arabs from neighboring states. Collaborations exist in culture, religion and heritage, environment, science, medicine, research, tourism, sports, humanitarian aid and more. For example, the Arava Institute and EcoPeace Middle East, two civil society organizations, lead joint environmental initiatives and research with Israelis, Palestinians and Jordanians; a particle accelerator is operating in Jordan to provide a platform for researchers from across the Middle East, including Israel; delegations of Israeli physicians attend international conferences in the Gulf; Israeli athletes compete in international tournaments in Gulf states and Morocco; Israeli, Jordanian and Palestinian farmers collaborate in using barn owls as biological pest control agents in their fields; the Van Leer Jerusalem Institute conducts a literary program aiming to make Arabic literature and culture accessible to Hebrew readers; Israeli artists perform at the Andalusian Music Festival in Essaouira  in Morocco; Israeli tourists visit Egypt, Jordan and Morocco; Israeli Jews originating from Arab-Islamic states join efforts to restore synagogues and heritage sites in the Arab world; the Israeli non-profit organization Save a Child’s Heart provides care for children from Iraq; and alumni of the Hashomer Hatzair youth movement have established a school for Syrian refugees on the island of Lesbos in Greece. This is just a sample. The list of activities and organizations is long and diverse.

Such initiatives teach us important lessons about potential pathways to civic cooperation and the way they can be managed and maintained over time under the current political context. For instance, by sharing the same geographical area, Israel and other Middle Eastern states are forced to confront similar challenges that lead to joint environmental action. Additionally, a shared history underlies joint heritage projects; cooperation in sports that rely on national symbols takes place mainly through the sponsorship of international events; scientific collaboration occurs under the radar of the media; and cultural cooperation is especially successful in disciplines that do not require knowledge of languages ​​and do not require translation (e.g. music, dance, and visual arts).

Past experience indicates that successful regional cooperation depends on structural factors, among them governmental assistance. The Save a Child’s Heart initiative could not have operated Iraqi children in Israel without obtaining special entry visas for them from Israel’s Ministry of the Interior, and Israeli tourists could not have visited Morocco without  obtaining entry visas from the Moroccan authorities. The internal structure of organizations that are working together is also of importance, when assessing their ability to carry out regional cooperation. For example, EcoPeace Middle East is a regional organization of Israelis, Palestinians and Jordanians with shared and equal management responsibilities and one budget. Therefore, every organizational action is a type of regional cooperation by its essence. The role of an international sponsorship or umbrella to a joint civil endeavor is also of importance. Let us be reminded, for example, how the International Judo Federation conditioned the hosting of international competitions by Morocco and the UAE on allowing the entry of Israeli athletes. Other factors that determine whether regional initiatives are successful include the popularity of the relevant sector (the less popular it is, the easier it is to cooperate, as it draws less attention), geographical proximity, the centrality of the need that an initiative tries to address, cultural and identity affinity and more.

Other means to address the challenge posed to civilian ties by the unresolved Israeli-Palestinian conflict and by Israel’s image as an enemy include the involvement of a third party in providing sponsorship, funding or neutral space for the ​​joint project to take place. Technological tools that enable everyone in the region to virtually meet and communicate directly and affordably without government involvement are also important when building ties with partners from the region. Moreover, many organizations tend to rely on research and science as a common universal language, which assumes an agreed-upon factual basis that is not influenced by each party’s own national narrative. Finally, many successful civilian initiatives are characterized by the leadership of an individual who is passionate and eager to advance them over time. This is of special importance in civil society organizations, which typically experience a high turnover rate of activists and economic difficulties.

The discourse about Israeli-Arab normalization usually focuses on political recognition, security cooperation, and economic benefits. Too little attention is paid to civil society, which is crucial to connecting between human beings. Formal agreements, despite their great importance and sometimes necessity, are not sufficient to build normal relations between peoples. This requires relations at the civilian level, and the governments should allocate resources to cultivate such ties. It is possible, however, that peace will not be imposed by political leaders, but will rather emerge from the bottom-up, through the constant hard work of ordinary citizens. Civilian efforts to establish and maintain cross-border connections and cooperation are significant to the establishment of a stable and meaningful peace. They should be legitimized, prioritized, and supported in every possible way.