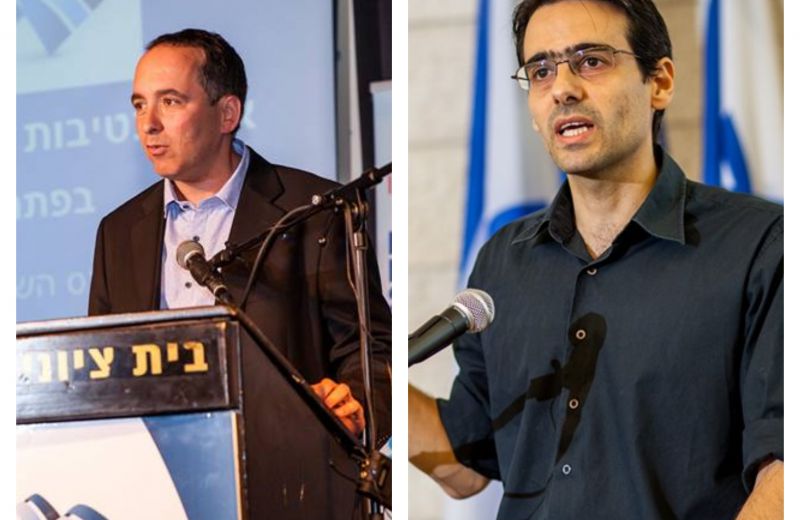 It has been only a few days after President Biden entered the Oval Office until senior officials of his voiced clear statements about the administration’s Israeli-Palestinian policy. Secretary of State Blinken spoke about the issue in his confirmation hearing in Congress and so did the US acting Ambassador to the UN Mills, during a UN Security Council meeting. They explicitly stated that the US will support the two-state solution, renew relations with the Palestinian Authority, and object to unilateral moves by Israel and the Palestinians. Nonetheless, their remarks begged the question of whether the administration intends to move from statements to actions. Blinken, for instance, said that despite the administration’s support of the two-state solution, he does not see many opportunities to advance it in the near future.

Still, there are many things the administration can and needs to do, including in its early days, to advance Israeli-Palestinian peace. Indeed, the Biden Administration takes office at a time when the peace process is frozen and after four Trump years that distanced Israeli-Palestinian peace. However, this point in time also summons new opportunities to promote peace in the wake of the normalization agreements between Israel and Arab countries. There is also a sense of urgency to overcome the obstacles that keep accumulating every day, due to Israel’s deepening control over the West Bank, gradually blocking the path of achieving a two-state solution in the future. The new administration does not have the privilege of time, and if it will not roll up its sleeves now and act to promote peace, it could find itself in several months in a position where it will have to intervene to prevent escalation.

Washington’s expression of commitment to the two-state solution is important. So is its willingness to draw red lines and object to measures that would harm the prospect of achieving peace, and so is its intention to revive the relationship with the Palestinians in a way that will return the US to the mediator position it lost under Trump. Additional courses of action are needed beyond these moves, which have already been announced by senior officials in the first week of Biden’s tenure.

The administration must promote multilateral policy steps, together with European and Arab states, to revive peace efforts and establish a new international mechanism that will initiate and accompany steps to promote Israeli-Palestinian peace. The Quartet (consisting of the US, the EU, Russia and the UN) does no longer offer an appropriate response but it could be upgraded by adding more countries into the fold. Another alternative is to establish a new mechanism based on the P5+1 (the forum that negotiated the Iran nuclear deal). A new international mechanism could formulate and promote an international incentives package for Israelis and Palestinians, and establish regional working groups (similar to the model that began at the Madrid Conference in 1991).

The Biden administration also needs to leverage Israel’s new relations with Arab countries in favor of promoting Israeli-Palestinian peace. The administration could integrate these countries into joint forums with Israel and the Palestinians, and into economic and energy projects in the West Bank and Gaza Strip. Additionally, the administration can link future normalization agreements, especially with Saudi Arabia, to the Palestinian issue by conditioning the normalization on stopping settlements’ expansion and the creeping annexation.

It is important that the Biden Administration acts to strengthen pro-peace activists on both sides and support civil society organizations promoting dialogue and devising joint policy proposals. In this context, the administration needs to effectively implement the law passed recently by Congress that grants extensive financial support for projects advancing Israeli-Palestinian cooperation. Also, the administration should not ignore the Gaza issue, and it needs to improve the situation in Gaza and prevent escalation in such a way that will empower the Palestinian Authority. The administration could also promote international projects, such as in the energy sector or in dealing with the Covid-19 crisis, that will improve the welfare of Gaza’s population.

The early days of a new administration are an important period of organizing, learning and preparing. Patterns consolidated during this period impact the administration’s future course, and the mechanisms and principles adopted serve as the basis for policy and set the tone for the coming years. Administrations have maximum power and enjoy abundant credit in their early days. That is particularly true for the Biden Administration that also enjoys a majority in both houses of Congress, and which could make good use of this period to create a momentum for advancing Israeli-Palestinian peace. The advancement of peace should not be delayed anymore.