Can China Contribute to Israeli-Palestinian Peacemaking? 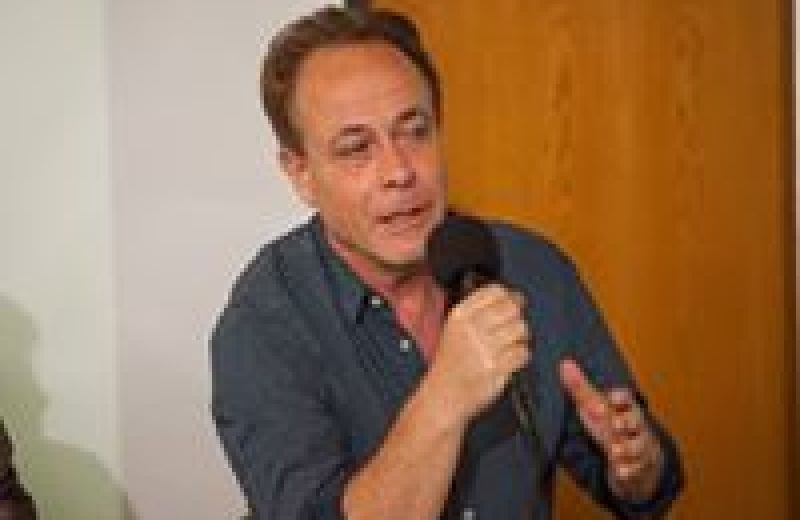 In December 2017, while the UN General Assembly voted against the American decision to recognize Jerusalem as Israel’s capital, and while Palestinian leaders were seeking an alternative mediator to Trump, Israelis and Palestinians met in Beijing to discuss how to advance peace. Invited by the Chinese Foreign Minister, they traveled to China in order to understand whether China’s increasing interest in the Middle East and the Israeli-Palestinian conflict could be translated into a real contribution to the advancement of peace. China has a four-point peace plan, that is consistent with the internationally accepted positions regarding the two-state solution. Chinese President Xi Jinping introduced the plan in 2013, and began promoting it again last summer. China also has a special envoy to the Middle East, who is promoting the Chinese plan and has tried in the past to assist reaching ceasefires in Gaza. The Chinese Foreign Ministry has previously initiated two IsraeliPalestinian meetings, one in China (2006) and the other in Jerusalem (2013), and announced last summer that it intends to convene Israeli and Palestinian peace activists in Beijing by the end of 2017. The meeting has indeed happened, in cooperation with the Geneva Initiative and Member of Knesset Hilik Bar (Zionist Union).

China supports the two-state solution, which includes a Palestinian state based on the 1967 borders with East Jerusalem as its capital. It consistently votes in favor of UN resolutions along these lines. However, the Chinese Foreign Minister and other senior officials made it clear at the Beijing meeting that China does not take sides in the conflict. Rather, it claims that it is interested in promoting a solution that gives Palestinians their rights and ensures Israel’s security, recognizes the importance of Jerusalem for all religions and ethnic groups, and promotes regional stability. China declared that it intends to do so by mostly using positive economic leverages, instead of exerting political pressures. The Beijing meeting resulted in a joint Israeli-Palestinian paper that included guiding principles and policy steps towards the two-state solution. The meeting helped Chinese officials better understand the interests and sensitivities of the Israelis and Palestinians, and the points of agreement and disagreement between supporters of peace on both sides.

Is this a new and meaningful Chinese move, or is it merely a continuation of China’s low-key and symbolic involvement in the Israeli-Palestinian conflict? After all, many countries announce their aspiration for Israeli-Palestinian peace and show interest in the matter. Nevertheless, most of them do not give it high priority, do not believe that progress is possible under the current political conditions, nor do they invest great efforts and resources in advancing it. In a period of stagnation in the peace process and in light of recent American steps that make it even more difficult to renew negotiations, every country that is willing to help and contribute to peacemaking is important. China has the potential to play a useful role: It is an ambitious power with a growing global influence, which has good relations with both Israel and the Arab countries, has unique economic capabilities, and promotes large-scale international infrastructure projects, including in Israel and the Middle East (as part of its far-reaching Belt and Road Initiative).

Chinese officials stressed at the Beijing meeting that China does not see itself as an alternative mediator to the US, but rather wants to be part of a multilateral effort to promote peace. This Chinese willingness to promote peace in coordination with other players in the international community is important and positive. Previous initiatives by other countries that were competing with each other, led mainly to failures. China’s position on the final status agreement is similar to that of the EU and the Arab League, therefore the establishment of a Sino-European dialogue channel on the Israeli-Palestinian issue will be a good starting point for Chinese involvement. In the future, it is worthwhile adding Arab officials and institutions to the initiative – led by Egypt, with whom China has a comprehensive strategic partnership.

Currently, there is no more consensus within the international community regarding the desired solution to the Israeli-Palestinian conflict. The American position has shifted under Trump, and within the EU there are countries (in Central and Eastern Europe) that adopt different positions to that of Brussels and which are rather supportive of Netanyahu’s policies. This makes it difficult to formulate the required international parameters for a twostate solution, but it should not interfere with other international actions that are currently on the diplomatic agenda, i.e. the formulation of a global set of economic and political incentives for Israeli-Palestinian peace. The idea of introducing to Israelis and Palestinians an incentive package that will increase public support in peace was adopted during the French Peace Initiative and by the EU’s Foreign Affairs Council. It was also included in the final document of the Beijing meeting.

So far, incentives have been offered by the Arab League (the Arab Peace Initiative), the EU (the proposal to establish a Special Privileged Partnership with Israel and the future Palestinian state) and the US (security guarantees for the two-state solution formulated during the previous administration). China may add its own large-scale economic incentive, which will present a reality of prosperity and development that both Israelis and Palestinians will benefit from after reaching peace. For example, a senior Chinese official mentioned during the Beijing meeting that China has the potential to play a central role in the reconstruction of the Gaza Strip. China can also be involved in the process of developing a new international mechanism to advance the peace process, which will be more inclusive and effective than the current Quartet.

The Chinese Foreign Ministry has chosen to invite to Beijing delegations that mostly included Israeli and Palestinian civil society activists, thus conveying the importance it attaches to informal activities to promote peace. Indeed, in their speeches, the Chinese officials emphasized how much hope they derive from the positive spirit of the discussions at the meeting, the agreements reached during it, and the fact that many citizens and organizations on both sides are committed to the two-state solution and to achieving it through peaceful means. As demonstrated in Beijing, the contribution of civil society to the peace process is not limited to grassroots dialogue and activism. Civil society can also have policy impact, by making genuine contributions to international diplomatic processes and by assisting politicians from both sides in reaching agreements and understandings. Although China’s added value is not in expertise regarding civil society, it can still provide significant infrastructural-economic support to Israeli and Palestinian pro-peace organizations, thereby increasing their visibility and impact, and assisting them to fulfill their potential. The meeting in Beijing did not lead to a breakthrough towards peace, nor was it its goal. It laid the foundation for greater Chinese involvement in the advancement of peace, highlighting China’s unique advantages and capabilities.

The meeting also showed Israelis and Palestinians that despite the ongoing diplomatic stalemate and increased tensions on the ground, they can still reach understandings and draw a common path forward. Promoting peace requires diverse and effective international involvement, but first and foremost, it requires local political will for peace. Achieving this requires further work, with and without China’s involvement.

Dr. Nimrod Goren is Head of the Mitvim Institute. He participated in the Palestinian-Israeli Peace Symposium, held in Beijing on 21-22 December 2017. A shorter version of this article was published by Globes on 31 January 2018.