Cracks in the Special Relationship: Israel-US Ties under Obama and Netanyahu 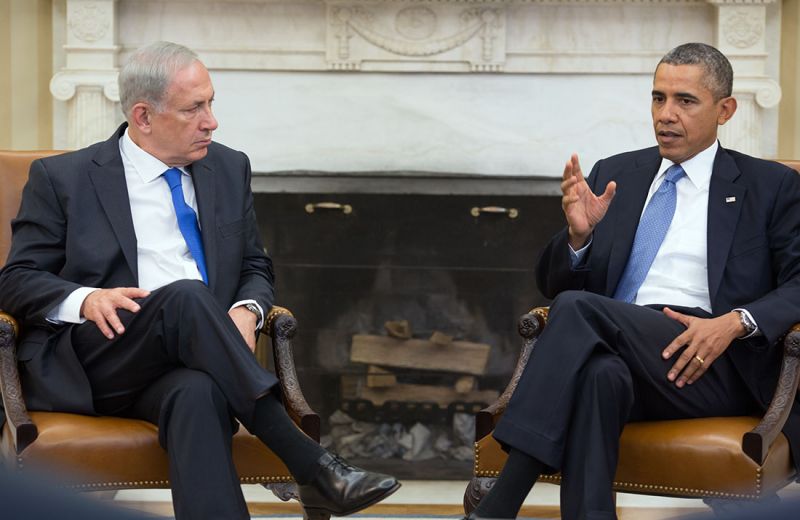 The alliance with the US is a crucial asset for Israel’s foreign policy. It brings Israel significant political, security and economy benefits. Public opinion data shows that the Israel public regards the US as the most important country for Israel, and thinks that maintaining good ties with the US should be Israel’s top foreign policy priority. However, tensions between the two allies have been mounting. The Netanyahu government’s policies towards the Palestinian issue, and especially the settlements, draw much criticism from the Obama administration. The US efforts to reach a deal with Iran over its nuclear project are disapproved by the Israeli Prime Minister.

While differences of opinions among allies on key policy issues are legitimate, the style in which these controversies are being handled – which includes personal attacks and meddling in domestic politics – has a negative impact on Israel-US relations. Support for Israel is not as consensual in the US as it used to be, also among the American Jewish community. Israel is increasingly becoming a partisan issue in American politics, and is losing support among key American constituencies.

These worrisome trends led Mitvim – The Israeli Institute for Regional Foreign Policies to hold a public symposium on US-Israeli relations. The symposium took place at Tel Aviv University on 19 May 2014, and in cooperation with the Tami Steinmetz Center for Peace Research. The symposium, moderated by Yael Patir of J Street and the Mitvim Institute, featured three distinguished speakers: Dr. Ilai Saltzman, Board Member at the Mitvim Institute and Lecturer at Claremont McKenna College, USA; Jeremy Ben-Ami, President of J Street, and; Alon Pinkas, former Israeli Consul General in New York.

Dr. Ilai Saltzman argued that the US-Israel “special relationship” has come to resemble a more normal one. As the importance of the alliance has waned, America has adopted a more balanced, ambivalent and likewise critical approach while backing Israel. Jeremy Ben-Ami offered lessons on the Kerry-led peace initiative, and discussed the role J Street plays in fielding continued US involvement in the peace process as Americans grow weary of overseas entanglements. Alon Pinkas warned that Israelis should recognize the strategic asset of their US ally and save this key relationship by earnestly working to resolve the conflict with the Palestinians. The following publication includes their lectures in full.

Dr. Saltzman posited that the shift in US attitudes of Israel can best be explained through the lens of the three levels of analysis in International Relations. At the international level, the end of the Cold War, American rapprochement with the Arab World, and reorientation of US foreign policy toward Asia have mitigated the US’ need for Israel as an unconditional ally. At the state level, American support for Israel has become more pluralistic, as observed by the rise of J Street. Rather than emphasizing the similarities between Israeli and American societies, a large stream of liberal Jews feel a duty to express open criticism of various anti-democratic practices in Israel. Finally, at the individual level we observe President Obama’s departure from his predecessors in taking a more distant, tempered approach toward Israel, allowing for more open criticism.

Ben-Ami outlined both the shortcomings and positive takeaways of Secretary of State John Kerry’s attempt to broker a peace deal in 2013-2014. Kerry’s zealous efforts in the negotiations should be seen as a reflection of shared US and Israeli interests, and continuing to pursue a solution keeps the two countries’ interests aligned. The same is true for shared values, which are being offset by Israel’s protracted occupation. Kerry mistakenly believed that he could convince Prime Minister Netanyahu that these shared interests and values were at risk, while again trying to play Israel’s lawyer. Nevertheless, the negotiations produced progress on recognizing mutually beneficial Palestinian security and economic needs, and incorporating the Arab Peace Initiative. As for American domestic politics, it is important to note the increasing isolationism, national rejection of neocon Republican policies and shift within the Democratic Party toward a more dovish worldview as contributors to a break in the consensus on Israel.

Pinkas described the “tectonic” changes in the US-Israel relationship as driving the countries apart, and claimed that Israelis must adapt to save these crucial ties. The US has served as Israel’s strategic asset for a long time, but with the Cold War and more recent post-9/11 period over, the once congruous foreign policies of both countries are gradually diverging. While echoing Dr. Saltzman and Ben-Ami’s analyses of America’s interest in disengaging from the Middle East, Pinkas charged that Israel needs to reinvent itself as an ally and strategic asset to the US by resolving rather than prolonging its conflict with the Palestinians. Otherwise, it may find itself having to deal with the Palestinian issue, and Iran, alone.

This symposium has been part of ongoing efforts by the Mitvim Institute to monitor and analyze US policies towards Israel, the peace process, and the Middle East. We invite you to follow The US and Us: The Mitvim-DC Monthly. Every issue of this publication series includes an analysis of recent developments, a roundup of commentaries by US think tanks and leading experts, and a profile of a relevant US policymaker.

Israel / Netanyahu / US / Obama / Kerry
Prev
All Publications
Next