Egyptian Plague or Spring of Youth? The Israeli Discourse regarding the Arab Spring 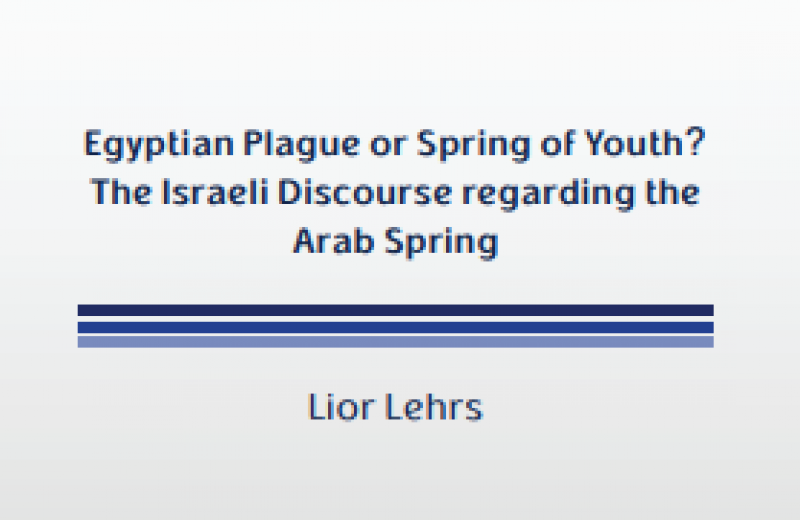 From the outset of the protest events in Tunisia, Egypt, Yemen, Libya and other countries, many people in the world began using the term “Arab spring” to describe the sequence of events in the various locations. The term was based on the term “theSpring of Nations,” that refers to a wave of national revolutions in Europe in the mid-19th century. It seemed to take a little longer for the term to penetrate the Israeli discourse on the subject and even when it did many hesitated to accept it and had reservations about its positive and optimistic connotations. For instance, Minister of Strategic Affairs Moshe (Bogie) Yaalon stated that “the event is dramatic and historic and will be given a name, but not the Arab spring.”

Former Mossad chief Meir Dagan also opined it was a mistake to use the term “Arab spring” and explained that “whoever coined the phrase drew it from events that occurred in Europe in 1848, when liberal ideas proliferated in the world. The truth is there is no liberal message.” Former head of military intelligence Amos Yadlin said “we understand today that the pair of words ‘Arab spring’ did not describe correctly the phenomenon that rocked the Middle East in 2011.”

The Israel Defense Forces’ intelligence branch discussed the issue and decided that the term “Arab spring” was unsuitable and decided to use the term “upheaval” as the official term describing the events.4 Many other people in Israel, as shall be described below, began using the terms “Arab winter” or “Islamic winter” as terms to challenge the original term and express a negative reading of the events. This article wishes to present an analysis of the Israeli discourse following the Arab Spring events as articulated by different parties in diverse forums of conversation. The article analyzes the public and media conversation in Israel and includes an analysis of statements, articles and public opinion surveys and refers to different players (politicians, public figures, journalists and military commanders) and different issues and questions that have arisen as part of the conversation on the subject.

The Arab Spring
Prev
All Publications
Next