Hope for a left-wing victory in Israel’s election 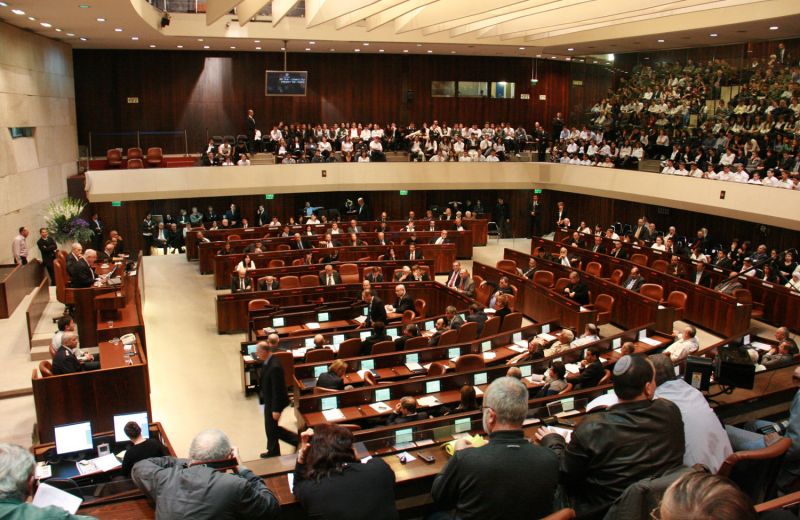 Election season in Israel has returned and for the first time since 2001 the Left has a fighting chance come voting day on March 17. Israeli Prime Minister Benjamin Netanyahu’s failure to stymie perennial rounds of Palestinian terrorism, farcical peacemaking efforts and brash disregard for Israel’s principal ally and benefactor, the U.S., have finally caught up with him. Polls show Israelis no longer identify with his fixation on Iran and believe his conduct has jeopardized US-Israel relations. All the while, Israelis still struggle with a high cost of living, and the Left’s social democratic positions present a refreshing alternative.

For these reasons and others, an electoral victory by a new, left-of-center party, provocatively named “The Zionist Camp,” is considered by left-wing and many centrist voters as requisite for a fundamental change in the direction the country is going. The Zionist Camp — a joint list of the Labor party, with the technocratic Isaac Herzog at the helm, and the center-left party headed by Tzipi Livni — appears to be steadily neck and neck with Netanyahu’s Likud for the plurality of the vote typically needed to be chosen by Israel’s president to form a government.

Despite room for optimism of overcoming this deadlock, there are several glaring realities that render the Left’s road to victory exceedingly difficult.

For starters, The Zionist Camp will need to patch a broad and likely contradictory coalition if it ever hopes to achieve the majority in parliament needed to secure the premiership.

Achieving a 61-mandate majority will be difficult. Overall, 10-11 parties are expected to pass, with the two biggest parties receiving only around 25 seats. This large number of parties, often with sectarian platforms, is especially problematic for the Left. In years past, Labor governments have almost always had to sacrifice their agency for change by partnering with the Likud or religious parties — a classic case of “too many cooks spoil the broth.”

So how feasible would a Zionist Camp coalition be? Presumably, The Zionist Camp would choose those parties closest to it on the left, center-left and center-right  — Meretz, Yesh Atid, and Kulanu — for a combined (approximately) 47 seats, according to the most recent poll.

For the remaining seats, it will need a combination of the far-right Yisrael Beiteinu party (5), ultra-orthodox parties Shas (6) and United Torah Judaism (7), and the Joint List (12), an amalgam of Arab and Communist parties.

Compounding the difficulties for such a task, many of these would-be junior coalition partners are virulent polar opposites, both politically and religiously. Further dampening prospects, both Yisrael Beiteinu and the Joint List have ruled out (at least for now) joining a coalition led by The Zionist Camp.

Alternatively, there is the option of again partnering with the Likud, in order to avoid having to partner with far-right, Arab or religious parties. This “national unity government,” as such coalitions are called, would however be anathema to voters and candidates alike, who long for a change in the status quo.

Adding to these shortcomings, the Likud’s natural allies in the so-called Right-Wing Bloc include the far-right and religious parties who together could garner 57-61 mandates before courting the centrist parties.

Even if the Zionist Camp is tasked with forming a coalition, it will be a daunting endeavor. Supposing the painstaking compromises necessary are made, the likelihood of such an unevenly stitched coalition would constantly be under threat of unraveling.

Yet it represents the best chance for a moderate redirection towards greater economic justice, a genuine peace process with the Palestinians and the restoration of Israel’s image abroad. Otherwise, Israel looks set to continue down a perilous road. Its Prime Minister faces a potential boycott during an address to congress for the first time in recent memory and remains plagued by growing poverty and economic stratification. All the while, the Right diverts funds to the settlements and ignores warnings from its own military officials regarding the necessity of a two state solution.

The possibility of a Zionist Camp victory may be slim, but the necessity of a drastic change of course means that all of us who love Israel as a vibrant Jewish and Democratic state must not lose hope.

(originally published at The Hill)