Israel and Qatar Focus on Shared Interests, Setting Aside Differences 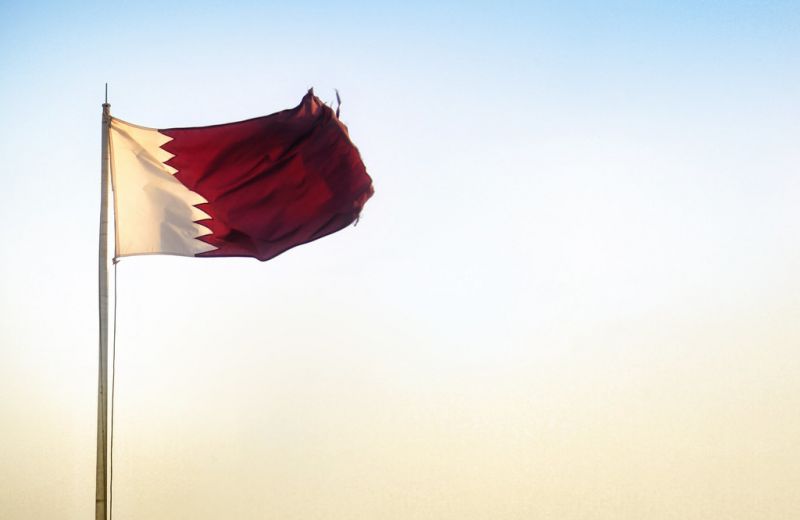 In the shadow of the Coronavirus outbreak, Qatar is once again throwing a lifeline to the Gaza Strip and establishing itself as the Palestinians’ sole savior. Qatar’s Emir Sheikh Tamim bin Hamad al-Thani has ordered 150 million USD transferred to Gaza, with part of the funds designated to fight the epidemic. Qatar has been transferring funds to Gaza since 2018 as part of an agreement with Israel on maintaining calm. Its involvement in Palestinian affairs and its ties with Israel have raised numerous questions in Jerusalem, Ramallah and Arab Gulf states. Is Israel developing a dependence on Qatar, the official sponsor of the Muslim Brotherhood, even as it seeks closer relations with the alliance of Sunni states, chief among them Egypt and Saudi Arabia?

In the 1990s, Qatar was one of the first Arab states to open a diplomatic mission in Israel and allow Israel to open a commercial office on its territory. With the outbreak of the second intifada in 2000, relations were suspended, and even when operations of the Israeli trade office were resumed in Qatar in the mid-2000s and when Foreign Minister Tzipi Livni conducted an official visit to Qatar, relations were no longer the same. Qatari media adopted a harsh and highly critical tone on Israel, and the regime feared warmer ties would undermine the united Arab stance against normalization with Israel absent an IsraeliPalestinian agreement. In the days of the Arab Spring, Qatar openly supported the Muslim Brotherhood and significantly strengthened its links with Turkey, further exacerbating the distrust between Jerusalem and Doha.

The opportunity to improve Israel-Qatar relations arose, of all times, at the height of Israel’s deep crisis with the Gaza Strip. A strange deal was forged between Hamas – a number of whose leaders were being hosted by Qatar after leaving Syria during the civil war, the Qatari regime – which sought to extricate itself from regional isolation and improve its image in Washington, and Israel – which needed a mediator to restore calm and help alleviate the severe humanitarian crisis in Gaza.

Leaders in Cairo, Riyadh and Abu Dhabi were likely displeased with the arrangement. Egyptian and Gulf media devoted extensive coverage to news of a rare visit by the head of the Mossad to Doha in February 2020, as revealed by Yisrael Beitenu party Chair Avigdor Liberman, wondering whether Israel was seeking closer ties with Qatar. So far, this pragmatic cooperation between Israel and Qatar, based on the shared interests of all parties involved, has not undermined Israel’s growing rapprochement with other Sunni states.

Nonetheless, by allowing Qatar to play an increasingly significant role in the Gaza Strip, is Israel developing a dependence on the emirate and subsuming reality in the territories to Doha’s wishes? For now, there is no alternative to the Qatari funds keeping the heads of Gaza’s residents above water. However, it is important to realize that this money also perpetuates Hamas’ rule in Gaza, deepens the Islamist movement’s entrenchment in its unyielding attitude toward reconciliation with Fatah and, in fact, undermines domestic Palestinian unity. The Netanyahu government apparently believes that its current “divide and rule” policy serves it well. That explains why Israel has not returned to the negotiating table. Netanyahu believes that the Palestinian issue is no longer on the agenda and that relations with most Arab states can be advanced even without negotiations and compromises.

Reality proves the opposite. Israel is not an island, nor a villa encircled by walls in the middle of the jungle. Israel needs cooperation in the Middle East and the Mediterranean in order to advance its interests in the region. The Palestinian issue remains on the table and the absence of a solution to the Israeli-Palestinian conflict still hampers establishment of diplomatic relations and expansion of partnerships between Israel and most states in the Arab and Muslim world. Visits by Israeli athletes and diplomats in the Gulf are nice to have, but the potential for cooperation with the Gulf States, as well as with Israel’s immediate neighbors Egypt and Jordan, is far greater.

Israel needs a broad regional policy to guide it and enable the promotion of its interests not only in the short term, but in the long one, too. Relations with Doha are possible to have, but Israel must be cautious and approach them with its eyes wide open, given that Qatar’s foreign policy contradicts what Israel believes and would like to see in the Middle East. The Qatari gifts carry a price tag: Aid for Gaza is not just aid for Gaza – it is also a contribution to strengthening the regional Islamist alliance (Qatar-Turkey-Hamas-Muslim Brotherhood in Egypt and Libya), and only a temporary solution to Gaza’s distress. Gaza does not require band aids. What is required is a complex and comprehensive solution, in coordination with regional states that are confronting Islamist terrorism, which will also eventually provide a channel for renewed Israeli-Palestinian peace negotiations.