Israel and the Mediterranean Basin Amid the Coronavirus Crisis 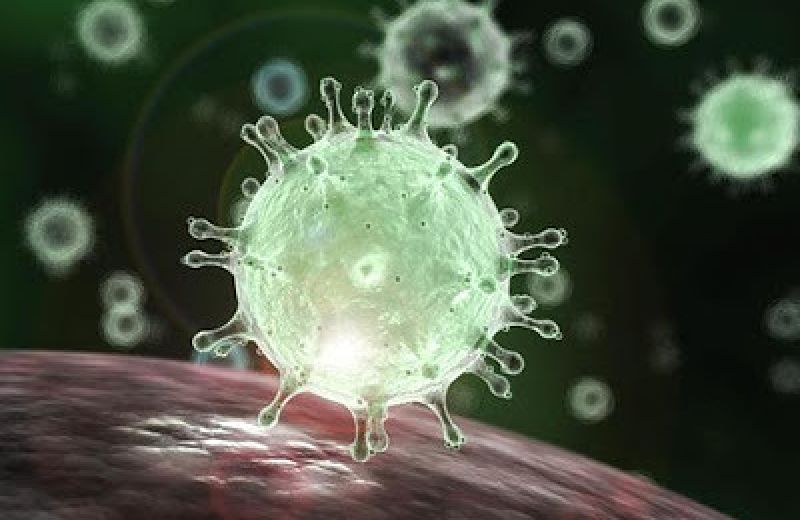 Policy paper based on a meeting of the “Israel in the Mediterranean” working group, June 2020

This paper focuses on the impact of the coronavirus on Israel’s relations with the Mediterranean Basin. It is based on the main points raised at the sixth meeting of the research and policy group on “Israel in the Mediterranean” held on May 14, 2020 at the initiative of the Mitvim Institute, the Hebrew University’s Leonard Davis Institute for International Relations and Haifa University’s National Security Studies Center. The paper highlights the key insights emerging from the Eastern Mediterranean’s handling of the coronavirus epidemic, including the importance of regional cooperation for Israel’s national resilience, the strengthening of Israel’s alliance with Greece and Cyprus, the economic importance of the Mediterranean for Israel, the energy crisis and its impact, and Israel’s ties with Arab states. The paper does not reflect agreement among all the meeting participants.

Regional Cooperation as a Key Component of National Resilience

When the coronavirus epidemic began, states exerted greater rigidity and control over their borders and the passage of people and goods as a manifestation of national interests. Cooperation between states revolved mainly around knowledge exchange and border controls. The EU’s response to the crisis among its member states was unsatisfactory at first, although it improved with time. The US’ handling of the crisis in the international arena was strictly limited. Israel compiled strategies for different scenarios that included a wide variety of extreme situations, the spread of the disease being one of them. Nonetheless, its handling of the coronavirus exposed failures in terms of readiness and crisis management, highlighting the importance of regional cooperation and its contribution to Israel’s national resilience. International coordination helped Israel manage border controls, learn about the virus from the experience of others, seek help in obtaining needed materials and equipment, and preserve a relatively high level of trade and economic activity. Israel is a small state that depends on connections with the region and the world, a fact it must keep in mind when formulating regional policy in normal times, and as part of its preparedness to deal with future emergencies and crises.

The Coronavirus Bolsters Israel’s Alliance with Greece and Cyprus

The trilateral Israel-Greece-Cyprus alliance is unique in its nature and pace of progress. It allowed for a significant degree of cooperation despite the epidemic, and because of it. The crisis led the three states to place an emphasis on tourism, health and entrepreneurship. Israel maintained close ties with the Hellenic states in trying to tackle the coronavirus challenges, evident in cooperation with Cyprus in knowledge sharing and efforts to obtain medicine and equipment. Israel’s Prime Minister and the President of Cyprus were in close contact throughout the period and Israel served as a point of transshipment for raw material from India to Cypriot pharmaceutical companies that manufactured medicine for Israel’s campaign against the coronavirus. Israel obtained from Cyprus vital goods that it lacked, such as coronavirus swabs to allow widespread testing and resumption of economic activity. Research cooperation also continued, with a focus on efforts to produce a vaccine. The states subsequently sought to create a safe zone for summer tourism.

The Mediterranean Basin’s Importance for the Israeli Economy

The states of the Mediterranean region are of central interest to the Israeli economy. The Israeli industry was less affected by the coronavirus than other economic sectors, but declining demand caused by the crisis undermined Israeli exports. Turkey is Israel’s most important trade partner in the Mediterranean, both in terms of exports and imports. In comparing first quarter data from 2019 with the same period in 2020, the crisis does not appear to have had much of an impact on bilateral trade volume, although objective indexes in the coming months may reflect such an impact. In addition to Turkey, Israel’s other important Mediterranean trade partners are Italy, Spain and France.

Tourism is a crucial resource for countries such as Greece, Spain, Italy and France. The suspension of tourism has also had a significant impact on Israel, but its economy is less dependent on tourism than those of Greece and Cyprus. Israel’s tourist industry helps it present equity to its regional partners, promote cooperation and even display technologies that could enable tourism to recover and develop. Israel’s Ministry of Foreign Affairs has promoted tourism cooperation among states with relatively low incidence of coronavirus. Greece and Cyprus are some of the eligible states briskly working to attract summer tourism, while Israel is keen to cooperate.

The coronavirus crisis has dealt a severe blow to the energy market. Declining demand has led to an oil market crash, plummeting prices and causing difficulties in storage and supply. At the same time, the price of natural gas experienced a global drop, with customers cancelling orders and the price plunging to about 2 USD a barrel (with Israel still paying 6.3 USD per heat unit under a deal between the state and private offshore gas producers). The significant energy price fluctuation is expected to continue at least over the next 18 months.

The global crisis has also affected the Mediterranean. Energy companies have postponed planned projects in Cypriot waters; Lebanon, on the verge of an economic collapse, received bad news when Total announced it had not found gas in its waters and stopped searching. There has also been a significant decline in Egypt’s gas consumption, resulting in the suspension of operations at its LNG facilities for the liquefaction of gas exported by Israel. The Egyptians are trying to sell their gas inventories, lowering the price to 5 USD per heat unit, but are unable to find buyers. Israel is still committed to its contracts with the Delek and Noble Energy companies, paying 6.3 USD per unit of heat. The energy companies themselves are also having trouble. Noble Energy laid off thousands of employees around the world and Yitzhak Tshuva’s Delek is in financial difficulties.

The global and regional energy crisis is overshadowing existing and potential regional cooperation. Israel and the states of the region must deal with the declining feasibility of the ambitious gas pipeline from Israel to Europe, and promote dialogue on resolving disputes and conflicting interests among them. The Eastern Mediterranean Gas Forum (EMGF) is a potential framework for advancing such discussions. It can provide a platform for regional players to seriously discuss the issue of regional gas exploitation as an alternative or supplement to discussion of gas exports to Europe or Asia. The governments involved in the forum must understand how to adapt their domestic economies to enable regional cooperation.

The global price plunge has highlighted the high cost of gas for Israeli consumers, but is also undermining the long-term agreements Israel signed with Jordan and Egypt, locking them into significantly higher payment than current market prices. These developments threw into question whether the interest of these states is to adhere to these agreements. Israel must examine whether it wants to engage in new negotiations with the gas companies in order to bring down prices.

The energy issue is also tied to regional political developments. The developments in the Palestinian arena and Israel’s annexation intentions in the West Bank could affect the regional arena. Annexation could lead Jordan and Egypt to re-open their gas agreements with Israel as a political protest measure, which would also serve their economic interests. Abrogation of the agreements as a response to annexation, a measure that would fall short of cutting off diplomatic ties, is possible. The Israel-Jordan agreement allows Jordan a relatively easy out from its commitment to import natural gas from Israel, stipulating that the US would cover its remaining debt to Israel.

Cooperation between Israel and the states of the region has not been limited to the Hellenic states. Israel is engaged in many cooperative ventures with Arab states, including ones in the Mediterranean, with information exchange and knowledge sharing constituting key elements of the cooperation. Israel has also reportedly imported goods through Arab states, including ones with which it does not have diplomatic ties. Israel has vital interests in relations with Egypt and Jordan, and ties with them could play a significant role in blocking or curtailing the spread of the next epidemic. Obviously, cooperation with the Palestinians is essential for successful containment of the coronavirus. Israel’s economic contribution to Jordan was particularly evident during the crisis. Border closures between the two states blocked the passage of goods shipped to Jordan via Israel’s Haifa port. In addition, Israelis stopped tourist visits to Aqaba (as did the many international tourists Jordan had hoped for in the spring), and the pilgrimage of Arab Israelis to Mecca through Jordan was also halted. These two Israeli tourism sources are an important source of revenue for Jordan, which faces a significant economic crisis threatening the stability of the regime. Jordan needs assistance from bilateral ties and international frameworks to improve its economic status.