Israel Entangled in Arab Rivalries: The Case of the UAE Medical Aid for the Palestinians 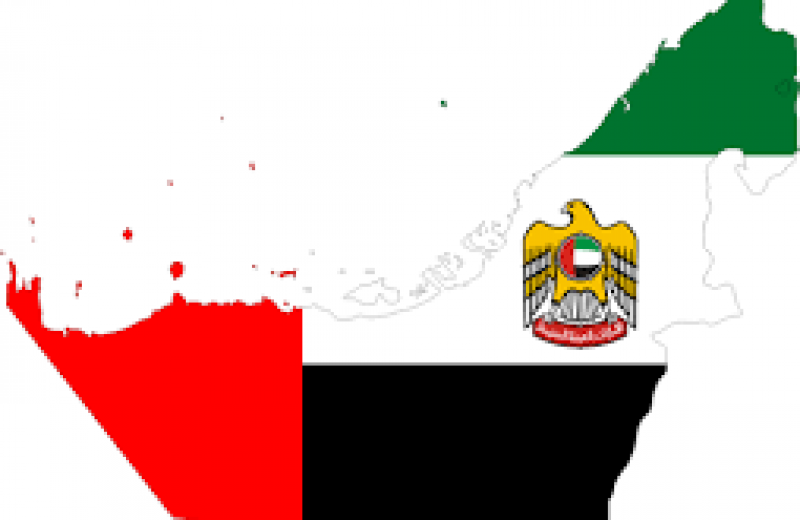 The behind-the-scenes cooperation between Israel and the United Arab Emirates (UAE) is an open secret. A recent manifestation of these ties occurred in mid-March, when the Mossad obtained a shipment of some 100,000 coronavirus test kits from the Emirates for use in Israel. Two months later, the UAE went even further, sending an Emirati airplane to Ben-Gurion International Airport, caring humanitarian relief for Palestinians in the West Bank and Gaza Strip. Despite the apparent attempt at secrecy by wiping clean any markings of the plane, the event was widely circulated in the media and presented an equipment carrying a sign in Arabic and English of its purpose – medical aid from the UAE to the Palestinians to fight the coronavirus.

The unusual route of the delivery expressed a sophisticated move of high-profile humanitarian endeavors, serving Emirati interests without entangling it in the Israeli-Palestinian conflict. On the one hand, it displayed solidarity with the Palestinians at their time of need. Unlike its neighbor Qatar, with which it is waging a bitter struggle and which delivers cash shipments only to Hamas officials in Gaza, the Emirates could boast it was helping all Palestinians. On the other hand, it set another precedent move in the UAE relations with Israel that was happy to take part in the humanitarian chain. The aid delivery can be linked to the Emirati desire to elevate its international image by advancing “soft power” diplomacy such as medical assistance in this case, even as it faces a severe economic crisis induced by the dramatic global oil price decline. Such policy entails clear political advantages, as it is being translated into economic profit in the long term.

Once the plane landed, the Palestinian Authority (PA) announced it would refuse to receive UAE’s aid delivery, arguing that it has no interest in serving as a bridge for normalization between Israel and the Emirates. The decision came as no surprise given the crisis in the PA’s relations with Washington against the backdrop of the Trump plan and Israel’s intention to annex parts of the West Bank. The Palestinian excuse for rebuffing the aid was not far-fetched, but the exceptional Emirati move fell victim to a different ailment – inter-Arab rivalry, specifically the conflict between PA Chair Mahmoud Abbas and Mohamed Dahlan, the senior Fatah official forced into UAE exile in 2011 after being accused of trying to unseat Abbas. Since Dahlan took up residence in Abu Dhabi, Mahmoud Abbas has not set foot there and has not spared any expressions of repugnance with the state and its rulers.

Undeterred, the UAE continued to express support for the Palestinian people, conveying the message that the PA leadership is irrelevant for its genuine support for the civilian sector. Indeed, UAE humanitarian aid for the Palestinians has never stopped, going through third parties such as UNRWA or the Red Cross. If the PA received direct aid, it was clandestine. Aid for Gaza, on the other hand, was fully coordinated with Hamas through the Red Cross or directly through Dahlan’s wife, Jalila. There were times when Hamas was more receptive to the UAE aid, and others when it closed the door to such aid. The reasons for the shifting attitudes lie in the no less tense relationship between Qatar and the UAE over influence and patronage in Gaza. Whenever Qatar flexed its muscles, Hamas stopped accepting UAE’s support.

The UAE’s humanitarian aid that landed in Israel was coordinated with the World Health Organization by none other than the Palestinian-Emirati Ambassador to the UN Lana Nusseibeh, an Emirati citizen and the daughter of a prominent Jerusalem Palestinian family. She is the daughter of Zaki Nusseibeh, an Emirati government minister (the only one not of Emirati origin). Nusseibeh herself was certainly not keen on routing the shipment through Israel, viewing the Israeli channel, as do many Palestinians, as advancing normalization between Israel and the Arab world, at their expense. Like her, Dahlan, too, certainly did not encourage that route, especially because of the aid’s initial destination – the West Bank. Dahlan would have preferred to play the cards he has left in Gaza (Gaza was his original power base and his home) rather than bolstering his rival in Ramallah. In this respect, the PA’s refusal to accept the aid played into his hands in portraying Mahmoud Abbas as someone more concerned with politics than with the welfare of his people.

If additional proof was needed that Israel is part of the Middle East, the affair of the UAE aid to the Palestinians provides the evidence. Israel fell prey to the tangled rivalries besetting the Arab world and the personal rivalries within the Palestinian leadership. Both directly relate to Israeli interests. After all, Israel is interested in bolstering its relations – publicly, if possible – with the Emirates, nor is it simply a casual observer of the internal Palestinian struggle given that Dahlan is perceived by some Palestinians – and certainly by himself – as a legitimate heir to Abbas.

This tale ends, for now, with an interesting twist. The Emirati equipment and medicine appear to have found their way to Gaza, with Israeli assistance, of course. Meanwhile, on June 9, another Emirati plane, this one with clear national markings, landed in Israel carrying additional medical aid for Gaza. In this four-sided game among the UAE, Israel, the PA and Gaza, Abbas came out the loser – yet again, it should be said.