Israel must prepare for a change in US policy toward Iran 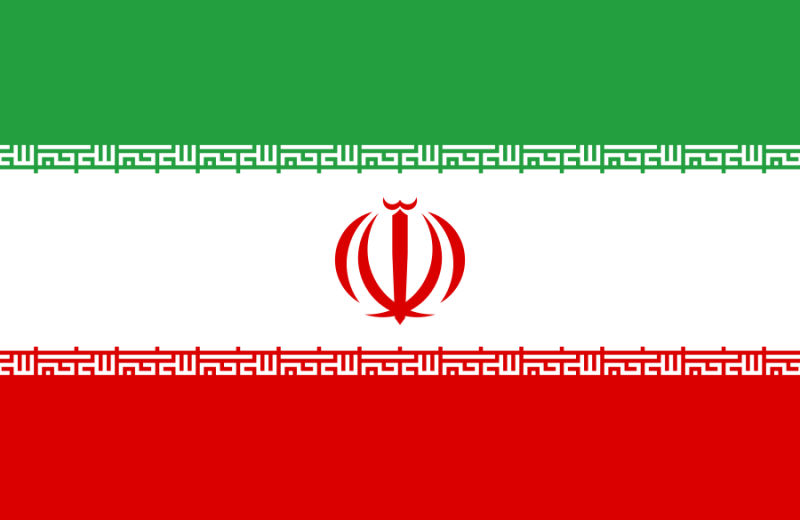 ‘The year is 1939 and Iran is Germany” – I heard Prime Minister Benjamin Netanyahu say at a Jewish conference in Los Angeles in 2006. This statement sounded to me anti-Zionist because it raised the question of whether we really are in the situation we were in 1939 before there was a Jewish state with the strongest army in the region. So, does Zionism justify itself?

In addition, I wondered how this apocalyptic message is consistent with the attempt to bring American Jews to visit Israel and invest in it, and with us Israelis to raise our children in a country on the brink of a nuclear holocaust. I do not intend to diminish the Iranian strategic challenge and the importance to prevent Iran from achieving military nuclear capabilities, but a more rational and less hysterical perspective would benefit Israel.

This alarmist approach was one of the reasons for the conflicts the Netanyahu government had with the Obama-Biden administration. A new perspective would benefit the ability of Israel to work jointly with the Biden-Harris administration on a coordinated approach.

The prevailing axiom in our area is that Iran poses an existential threat, and that its efforts to achieve the ultimate weapon require us to use any means possible to prevent it. As part of our zigzagging between paranoia and hubris, we hear that Iran is a strong power that threatens the future of the Middle East, and the next day that Iran is on the verge of collapse if only we take one step or another. Both statements are far from reality. I would like to present a more balanced approach to Iran and the threat posed by it.

There are many similarities between Iran and Israel. According to foreign sources, Israel achieved military nuclear capabilities in the 1960s and was the sixth country in the world to do so. Under the Non-Proliferation Treaty, the five permanent members of the Security Council (USA, Russia, Britain, France, China) have recognized nuclear weapons, but since then – India, Pakistan and North Korea have already declared nuclear weapons in their possession. Iran is not on the list, and even if it will be, Iran’s abilities are a long way from ours.

Iran’s motivation to acquire nuclear weapons, which is presented to us mainly as an aspiration for regional hegemony, is not different than Israel’s motivation, which stems from existential anxiety and the goal of defense and deterrence.

Iran has chosen Israel as a target for its rhetoric because it pays off in terms of Iran’s status in the region, but Israel is not the reason for Iran’s motivation to acquire nuclear weapons.

As in Israel, the Iranian public is one of the most educated and creative in the world. The Iranian people, from all over the Muslim world, are most similar to us Israelis.

The governments of Israel and Iran are similar in the disproportionate influence of religious leaders and the lack of separation between religion and state, as opposed to liberal democracies. Israel often talks about the lack of democracy in Iran, but in the global ranking of democracies, Iran is ahead of Saudi Arabia, which we see as a moderate country. In Iran, it is remembered that the West supported the tyranny of the shah and that the United States assisted in a coup that brought the shah to power instead of a semi-democratic Mosaddegh regime. Israel, on the other hand, is in the process of declining in the democracy index.

Extremist elements in Iran have grown stronger thanks to the hysterical treatment of Iran by Israel and the United States. During the Gulf War, the Bush administration overthrew Iran’s enemy in Iraq – the Sunni Ba’ath party – and turned it into a chaotic Shi’ite-dominated state. Israel helped Iran export the revolution to Lebanon during its long stay in Lebanon after an unnecessary war (in which I participated) that turned Hezbollah into a legitimate organization in the eyes of the Lebanese.

Netanyahu encouraged president George Bush to overthrow the Ba’athist regime in Iraq. Netanyahu encouraged President Donald Trump to abandon the JCPOA agreement between Iran and the powers (P5 + 1). The abandonment of the agreement dismantled the international coalition that imposed crippling sanctions on Iran, which eventually brought Iran into negotiations; weakened Rouhani’s moderate leadership, which prefers a functioning economy to regional hegemony, strengthened extremist Revolutionary Guards, and brought Iran closer to a nuclear weapon.

I still remember as a diplomat serving in the US that the line we presented was that sanctions were not enough to bring about a change in Iranian policy, and after the agreement was signed, that if only they had continued with the sanctions, Iran would have surrendered.

I remember the concern we expressed during the negotiations about the possibility that president Barack Obama would include regional agreements with Iran. And after the agreement was signed, Obama was accused of failing to reach a regional agreement that would prevent Iran from promoting terrorism. The alarmist Israeli position has caused harm and continues to do so. Israel is perceived as inconsistent, failing to convince the Europeans, Russians and Chinese, whose cooperation is necessary.

Israel must be part of an international coalition trying to reach an agreement with Iran that will prevent it from reaching a nuclear bomb, but it must be understood that an agreement requires compromise. Israel must prevent Iran from transferring weapons to Hezbollah, but alongside military action, smart diplomacy must be exercised vis-à-vis Lebanon, where the mechanism of negotiations about the naval border can serve as an opportunity. Israel needs to find ways to reach out to the Iranian people and make a clear separation between our attitude toward the ayatollah’s regime and our attitude toward the general public.

The Iranian people are a proud people who do not support the rule of the ayatollahs, but want the change to come from within and not from outside intervention. A day will come and this proud people will change the political reality in Iran and the Arab Spring will also become the “Persian Spring.”

One can find Iranian exiles in the West who will say that an overthrow of the regime by US force will be welcomed there with flowers, as there were Iraqi exiles who claimed this before the attack on Iraq, and we know how that ended.

Another very important point of similarity between the Iranian and Israeli governments is that they are the only governments in the world that do not support the two-state solution to the Israeli-Palestinian conflict, and both benefit politically from this conflict as well as from the conflict between them.

The Iranian position is understandable, the only way the apocalyptic calls of its leaders against Israel be realized is if we fail to reach a two-state solution with the Palestinians and the status quo will eliminate us demographically or morally. But in this case, it is us eliminating Zionism, not the Iranians.

The possible change of leadership in the US is an opportunity for Israel to change course to a more appropriate policy also in terms of the Iranian challenge.