Mosul – the Battle for the Middle East 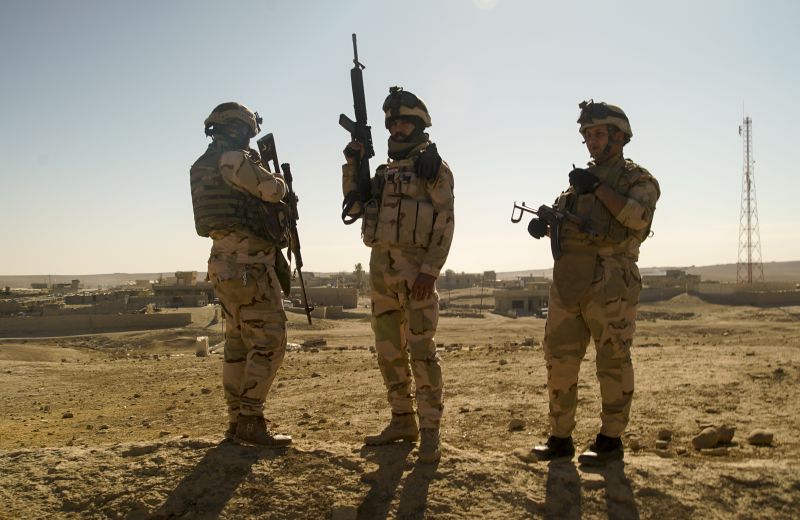 The attack of the Iraqi army – reinforced by Kurdish and United States forces – on Mosul is not just another military operation against “the Islamic State” (also known as ISIS, or Daesh). The importance of the operation goes beyond the narrow parameters of freeing the second-largest city in Iraq (with a population of approximately 2 million, before its conquest by ISIS in June 2014).

The outcome of the offensive will have ramifications for the future of Iraq, the legacy of US President Barak Obama and the development of key processes in the region. Thus, the offensive on Mosul can be seen as no less than part of the broader battle for the Middle East.

The first consequence of the attack relates to the future of ISIS. At its peak, the organization controlled 20% of Iraqi territory and 40% of Syrian territory. Before the attack on Mosul, ISIS lost half of the territory it controlled in Iraq, as well as significant portions of the territory it controlled in Syria. In other words, the territorial retrenchment of ISIS had already begun before the latest offensive; yet the loss of Mosul might herald the end of the Islamic State in Iraq. This outcome would have a definitive effect on morale, alongside the credibility and capacity of the organization to fundraise and recruit volunteers, particularly in neighboring Syria. The loss of their Iraqi stronghold is liable to also result in ISIS losing valuable assets in Syria. Whilst the ideology fueling ISIS will not disappear, the loss of their strongholds and financial and economic backbone will force the organization to change its modus operandi in favor of more decentralized, terrorist activities.

The second consequence of the offensive on Mosul concerns the future of Iraq. Many observers predicted the breakup of Iraq into at least three territorial units: Shi’ite, Sunni and Kurdish. Indeed, the existence of Iraq as a nation has been questioned by many observers, despite the existence of the state since 1921. Currently, the struggle against ISIS unites different actors with different goals: The Kurds seek to form a state in the north, although the US has apparently secured a promise from them not to take over any territory liberated in the ongoing offensive. The soldiers of the Iraqi army – who are mostly Shi’ites – stand poised to liberate a city where most of the residents are Sunnis.

Thus, the liberation of Mosul is likely to open an ethnic and religious Pandora’s box composed of Sunnis, Shi’ites and Kurds, whilst Turkey and Iran are also certain to involve themselves. If Mosul is indeed liberated, the Iraqi government of Haider Al-Abadi – which enjoys considerable support from the West – will face a significant test. In other words, Iraq as a country and as a people can only survive if the government is willing to strengthen its control and behave inclusively towards the minority groups, guaranteeing their safety and welfare. This was not the policy of al-Abadi’s predecessor – Nuri al-Maliki – a Shi’ite who incited against the Sunnis. A continuation of this dividing policy in Mosul would promote an all-out war between the ethno-religious groups, adding to the existing humanitarian tragedy.

The third implication related to the assessment that Iraq’s territorial future may affect the future of other territories in the Arab world, such as Syria, Libya and Yemen. All these territories suffer from ethnic and religious cleavages. Thus, the division of Iraq into separate territorial units would legitimize the process of state dismantling in other parts of the Arab world. Conversely, maintaining the territorial integrity of Iraq, despite communal tension, will strengthen elements seeking to preserve the current regional status quo of existing states.

The fourth implication of the Mosul battle relates to the regional policies of the United States and the legacy that President Obama will leave behind. It is no secret that as many as 5000 US soldiers and advisors are participating in the campaign, though their responsibilities are limited to aiding the Iraqi and Kurdish forces (of which there are around 30,000), rather than replacing them. Victory on the battlefield will mean that Obama’s implementation of a “leading from behind” strategy was correct, in spite of the failures of this policy in Afghanistan. This would reinforce the deteriorating US position in the region – especially in the face of an increasing Russian footprint in Syria – whilst also strengthening US allies in the Arab world. Thus, just prior to the end of his term in January 2017, Obama will be able to take pride in his military record in the Middle East, after many setbacks since the start of the “Arab Spring”.

The fifth implication relates to Iran’s role in the region. It is no secret that since the rise of the Shi’ites to power in Iraq – following the American conquest in 2003 – Shi’i-dominated Iran influence in Iraq has considerably grown. Iran might want to exploit the opportunity of evicting the hated Sunni Isis from Mosul to strengthen its stronghold in Iraq.

Israel is following the developments in Syria and Iraq with interest and concern; Israel hopes that depriving the Islamic State of its stronghold in Iraq will strengthen regional stability, though at the same time it is apprehensive that the revival of sectarian clashes might further destabilize the region.