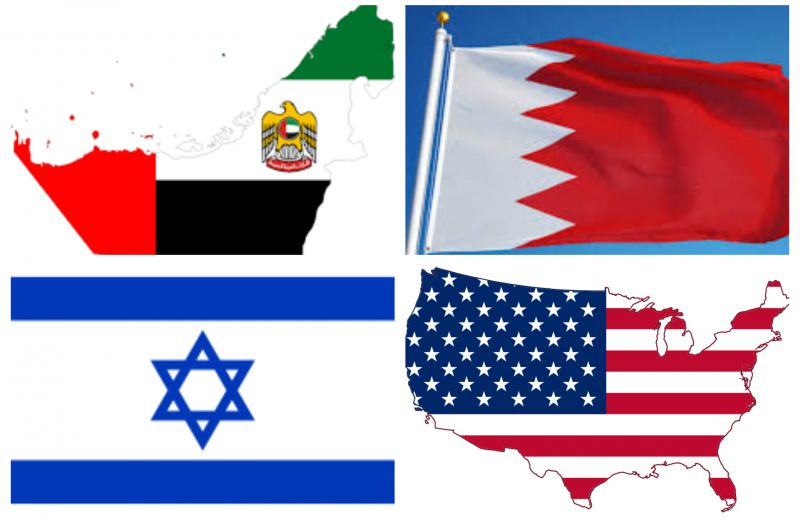 Policy papers and recommendations / Israel and the Middle East

Israel’s ties intensified in recent years with the United Arab Emirates and Bahrain and created an infrastructure conducive to the normalization of relations.

Even prior to recent normalization agreements, Israel had a wide record of ties with the United Arab Emirates and Bahrain. These ties intensified in recent years and created an infrastructure conducive to the normalization of relations, with multinational and multicultural platforms as the key component. Multilateral engagement on events and agreements or in organizations, agencies, drills, and forums has several advantages for states that do not maintain official diplomatic ties: It legitimizes cooperation by blurring direct contacts, forges collaboration through broad alliances with many players, and facilitates unofficial ties without having to formalize them.

Both the UAE and Bahrain regularly host a variety of multilateral events, reflecting their ambitions to become global hubs for diplomatic, cultural, and economic affairs. Within this framework, they expanded their engagement with Israel and increased the visibility of their ties. Each year, new breakthroughs in relations were achieved under the auspices of international umbrellas, challenging the opposition to normalization with Israel and presenting different interpretations of it.

In the early 2010s, the UAE began permitting Israeli participation in international sporting events hosted in the country. In 2015, Israel opened a formal mission in Abu Dhabi within the framework of the United Nations’ International Renewable Energy Agency. As a host country, the UAE clarified that the presence of the Israeli office did not alter the status of the formal diplomatic relations between the two. In 2018, the UAE allowed Israeli delegations to display national symbols at international events, taking yet another step toward the normalization of relations. Over the next year there was a strengthening of civilian ties, mostly through interfaith initiatives on the part of the Gulf Arab states and their increasing openness toward Judaism. The UAE declared 2019 its “Year of Tolerance.” Within this context, the county announced the establishment of the Abrahamic House, with a mosque, church, and synagogue together in one complex. Already, in 2017, a Bahraini delegation visited Israel to promote religious tolerance and, in 2019, Jerusalem’s chief rabbi visited Bahrain for an interfaith event. Then, in 2020, an additional aspect of direct, public ties emerged with the arrival of two Emirati planes in Israel carrying humanitarian aid for the Palestinians. In June, Israel and the UAE made a joint announcement on scientific cooperation on developing a coronavirus vaccine.

Moreover, ongoing ties reflect the stability of these relations. The UAE admits Israeli visitors bearing foreign passports, even those issued in Tel Aviv; a dual passport bypasses direct ties, by channeling them through an Israel-Gulf-third country triangle. And outside the UAE and Bahrain, international conferences in third countries provided a venue for senior Israeli figures to meet with top Emiratis and Bahrainis.

Multilateral and Bilateral Interactions Between Israel and the UAE or Bahrain

There has been a wide gap between multilateral and bilateral interactions. In the diplomatic sphere, numerous Israeli ministers have visited Bahrain or the UAE, usually for international events hosted in either country. Economically, trade and business deals occurred mostly through third parties, as did overt security deals and drills. And on the civil channels, sports and religion connected Israelis, Bahrainis, and Emiratis in joint platforms. While bilateral relations were covert for the most part and few in number, the international frameworks provided much more significant platforms for engagement, which included exposure and enabled a gradual warming of ties. These ties were a significant element helping to pave the way over time for formal normalization of relations.

Drawing from the experience of the building of ties with the UAE and Bahrain, Israel and other Arab countries can mobilize governmental and civil society players to cultivate relations. An initial step would include mapping multilateral platforms to identify potential opportunities, such as with international business collaborations, research institutes, sporting and cultural events, international forums, and humanitarian aid agencies. Then, proactive outreach could increase potential invitations and engagements. Further, Israel can invest in efforts to host multinational and multicultural organizations and conferences and invite Arab states to take part.

It will take time until such initiatives coalesce into warmer relations and potentially significant diplomatic ties between the states involved. Nevertheless, the “routinizing effect,” created by increased opportunities to engage, promotes ties and brings nations closer. The process requires a large degree of diligence and persistence. But it holds the potential to create a firm basis for stable, long-term ties and perhaps normalized relations.

The article was published on AGSIW.

Regional cooperation
Prev
All Publications
Next