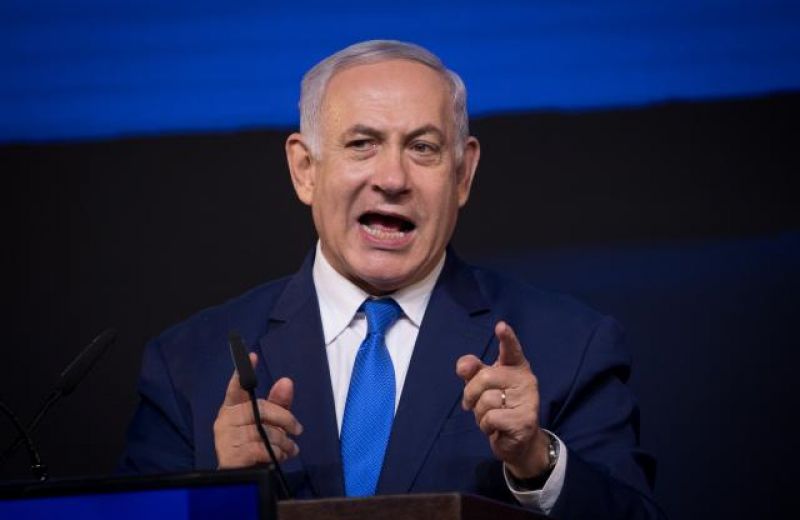 In 2015, Benjamin Netanyahu was elected to a fourth term as prime minister of Israel. Within months, pundits began speculating when his government would fall. So far, the answer has been never.

Netanyahu has faced trouble, including ministerial resignations and police investigations, since shortly after the 2015 elections. Over the last year, the arguments for his imminent demise gathered steam: In February, police recommended that the attorney general indict him for corruption based on investigations in four different cases. The situation in the Gaza Strip festered; the Temple Mount nearly exploded; and the news warned almost nightly of a war with Hezbollah in Lebanon. There has been no progress on Israeli-Palestinian peace since negotiations collapsed in 2014. And at home, a wave of rage against economic hardship and massive social inequality erupted in 2011, when Netanyahu was prime minister as well, yet there has been no relief for the exorbitant cost of living in the seven years since.

Why then is Bibi more beloved than ever? In 2016, Netanyahu’s Likud party polled at an average of 25.7 seats in the Knesset, Israel’s parliament, lower than the 30 seats it won in 2015 but still ahead of all rivals. Each year, the average has crept upward. When the police recommended indicting Netanyahu, his party’s numbers rose. When U.S. President Donald Trump withdrew from the Iran nuclear deal on May 8, polls gave him the highest numbers in a decade, 35 or 36 seats; one survey was even rumored to predict 42.

As with so many things in Israel, Netanyahu’s solid support is based on security. In Israel’s political discourse, the word “security” signifies threats from any form of Palestinian violence, whether Qassam rocket fire, Palestinian demonstrations and attempts to cross the Gaza border, or girls wielding scissors. On Netanyahu’s watch, Israel has fought two wars against Hamas and dealt with a wave of stabbing attacks, along with a crisis on the Temple Mount and now the deadly escalation in Gaza.

When violence rises, Israelis vote right. This was the ultimate lesson of the Second Intifada, which brought a Likud leader back to power in 2001 after a short Labor Party term; the left has never won an election since.

Netanyahu has mastered the use of crises to shore up his support. Periodic escalation reminds nearly half of Israeli voters that they are relieved to keep the right in power. Just one-quarter of Israelis even believe peace is possible, and at present fewer than half of Israeli Jews support the two-state solution. The question in their minds is who knows how to manage a security problem, not who can bring peace. One Israeli voter recently told me she appreciates Netanyahu for knowing when to end military escalations. In other words, not only do many centrists and right-wingers not blame him for wars; they laud him for restraint.

Regional threats such as Iran, Hezbollah, and the Islamic State are also part of the security issue, but they are more theoretical. Israel has never fought a war with Iran. The last war with Hezbollah was 12 years ago, and there is no Islamic State to speak of in Israel. But in the public mind, they loom large, especially when Netanyahu hammers home the existential threat of Iran at all opportunities (or broadcasts a campaign ad saying the Israeli left will bring the Islamic State to Jerusalem). Trump’s withdrawal from the Iran deal was the jewel in Netanyahu’s crown. Whether the deal survives or whether it hinders or helps Iran’s presumed quest for military nuclear capabilities wasn’t truly the point. Netanyahu spoke, and a few days later the most powerful man in the world listened. That’s power.

It’s also vindication. For eight years, Netanyahu antagonized President Barack Obama. Israelis know the United States is Israel’s best friend; Netanyahu’s defiant attitude was a risky course not only for U.S.-Israeli relations but for Netanyahu’s home-front, too. After the 2015 elections, just one-quarter of Israelis thought U.S.-Israeli relations were good; three quarters rated relations bad or neutral; and Israeli Jews were split on whether Obama or Netanyahu was to blame.

Trump’s electoral victory set the relationship between the leaders back on solid ground; colossal policy victories such as pushing Washington to abandon the Iran deal and moving the U.S. Embassy to Jerusalem conveyed to voters that Netanyahu was right all along. He had the grand plan before anyone believed in it.

There was another side of the foreign-policy scheme. In his fourth term, Netanyahu has made a big show of cultivating other friends beyond the United States or Europe — including India and Azerbaijan — to build economic ties and enhance the country’s regional security interests. The most important, if cryptic, relationship is with Vladimir Putin’s Russia. It’s no accident that Netanyahu met Putin last week between the two strikes against Iranian targets in Syria or numerous times over the last two years as Israel has stepped up attacks of the same nature.

It’s too simplistic to say Israelis are distracted by terrorism and escalation away from Netanyahu’s corruption cases. Rather, Netanyahu’s military and diplomatic victories complement and thus burnish his image in domestic politics. Israelis regularly say, sighing, “There’s nobody else.” They mean that on the domestic as well as international scene.

Very few Israeli coalition governments have survived for a full term; most collapse and lead to early elections. Israel has had 34 coalitions in 70 years. By contrast, Netanyahu’s second government from 2009 to 2013 came close to a full term, and there’s no guarantee his current one will fall before 2019 — which would be close to another full term. Combined with his staying power (nearly 13 years combined, the second longest-serving prime minister), Netanyahu has brought a measure of political stability to Israel.

But there is a price. By the start of his fourth term, Netanyahu seemed to have unleashed his true self: a cult of personality in style and an increasingly consolidated strongman form of governance in practice.

For a time in early 2016, he held five ministerial portfolios in addition to prime minister, before slowly parceling them out; he still holds the post of foreign minister. His government shut down Israel’s historic public broadcast authority and has heaped policy and legal hardships on a new, reconstituted state-funded news corporation. Meanwhile, Netanyahu enjoys the stalwart support of the country’s highest-circulating newspaper funded by his patron Sheldon Adelson. His government is on a warpath against the Supreme Court and is currently debating a bill that would allow the Knesset to override the court’s right of judicial review.

When Netanyahu wanted a massive deal for the extraction of natural gas, the director of Israel’s antitrust authority and the economy minister resigned in protest, arguing that the arrangement prevented competition and protected a cartel, citing his direct interference. Netanyahu made himself economy minister, which allowed him to activate a special clause to sidestep antitrust regulations. To do that, he was required to consult with a Knesset committee by law. The committee members voted against the clause; he ignored them.

The result of strongman leadership is that people become much less enthusiastic for the foundations of democracy, favoring splashy personal achievements or controversy instead. And the irony of consolidating power is that it harms democracy but simultaneously generates an environment in which one person gets credit for everything going well, reinforcing support for that same leader.

Such a leader could also be blamed for all bad things. But many Israelis have apparently traded personal economic frustrations for an occasional celebration, be it Israel’s victory in the Eurovision contest or the U.S. Embassy moving to Jerusalem. Voters have lowered their standards on personal integrity in return for domestic tranquility, punctured only by the occasional war that most believe could not have been prevented. And, so the logic goes, it’s better to have Bibi fighting that war — or killing those protesters in Gaza who dare to seek a way out after 11 years of closure — than a despised left-winger.

Sooner or later, Netanyahu will eventually exit the political stage. But given the way that every crisis reinforces his power, and what his years in power have done to Israel, the pendulum doesn’t look likely to swing in the other direction soon.