Sorry, Jared, This Time It’s Not the Palestinians Who Have ‘Screwed Up,’ It’s You 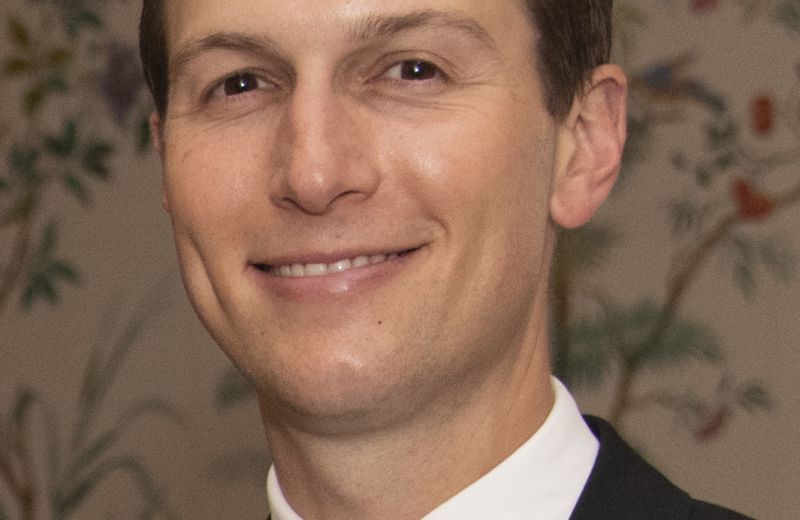 It is a special occasion when a peace plan commissioned by an American president to resolve the Israeli-Arab conflict is launched. But true to President Donald Trump’s record, his peace plan may have disrupted norms – but despite the fanfare, it is far from a real opportunity.

In the long history of the conflict, only three peace plans have been identified with a U.S. president: The Reagan Plan (1982), the Clinton Parameters (2000), and the “Roadmap” – identified with Bush but did not bear his name (2003). In other cases, American peace plans or initiatives were identified with secretaries of state in order to not embarrass the president in case they failed. This was the case with the Rogers Plan in 1969, the Shultz Initiative in 1988, and the Kerry Initiative in 2013-14.

The release of a peace plan should be outstanding opportunity to advance a resolution. Its release, in general, follows dramatic events, such as wars, revolutions and regime change.

It was no surprise that the Rogers Plan was released after the 1967 War; Kissinger began his step by step diplomacy following the Yom Kippur War that led to the disengagement agreements between Israel and Syria in 1974-75; Reagan presented his plan after the Lebanon War; Shultz presented his initiative after the outbreak of the First Palestinian Intifada in 1987; the Madrid Conference convened in 1991 following the Gulf War and the dissolution of the Soviet Union; and Bush released the “Roadmap” during the Second Palestinian Intifada that broke out in 2000.

The release of a peace plan should therefore be a cause for celebration. Delving into the details of the Trump peace plan offers no such satisfaction.

The plan is doomed to fail for several reasons: First, the Americans, as honest brokers, should have consulted also with Mahmoud Abbas and the Palestinian Authority and not only with Israel and the Arab states.

Since 2017 there has been a serious rupture between the United States and the PA; that bad blood was intensified by Trump’s closure of the Palestinian mission in Washington and the U.S. cutting aid to UNRWA. The absence of the Palestinians from theprocess of devising the plan has created a situation like a chess game with one player. That the plan was launched with no Palestinian representative is testimony to the discord between Trump and the Palestinians, as well as the Palestinians’ unwillingness to play the game.

Second, the details of the plan show its clear unilateralism in its adoption of Israeli positions, especially those supported by right-wingers and settlers. It gives a green light to the Israeli annexation of the Jordan Valley and the settlements. Palestinians are offered an ever-diminishing stake: in the Oslo agreements the Palestinians accepted just 22 percent of historic Palestine (within the 1967 borders), but Trump now offers them much less territory. On Jerusalem and refugees, the plan far from the Palestinians’ positions.

In return for their concessions on Jerusalem, territory and the refugees, Trump is trying to entice the Palestinians with a financial “bribe” – $50 billion – an unsecured, unsourced fortune, to be offered over ten years.

The fact that the Trump Peace Plan stands in complete contrast to all previous plans is not necessarily a bad thing. However, if it represents the interests of only one side of the conflict, then it is bad, and it does not have any chance of being accepted.

Every successful peace agreement is a compromise that required each side to give up on demands that were perceived in the past as necessary and vital. They were never achieved by dictation or surrender. In a fair agreement, both sides leave with half (or less) of their desired outcomes. That is not the situation here.

This plan is the wet dream of Israelis located in the center and rightward on the political map. However, its presentation, and all the more so, its implementation, will be one bridge too far, and will not serve Israeli goals. There are several reasons for this.

First, it will strengthen the positions of those refusing peace on the Arab side. Those rejectionists argue in any case that Israel (and the “Jewish Lobby”) and the United States are in cahoots.

Second, it will further weaken the moderates on the Palestinian side who believe in a peaceful and negotiated resolution to the conflict. In such a situation, escalation with Hamas in Gaza and mass demonstrations in the West Bank are not imaginary scenarios. In fact, the pressure cooker in the West Bank that is already bubbling as a result of economic and social causes, as well as anger about the corruption of the PA, is likely to explode now against Israel (a third Intifada). The violence would surge if Israel decides to annex the Jordan Valley and the settlements.

Third, Egypt and Jordan, signatories to peace treaties with Israel, will now face heavily oppositional domestic public pressure and will not be able to support Trump’s plan, despite the fact that they have an interest in advancing a peaceful solution. But not one that looks like this. Recalling ambassadors and freezing bilateral relations are steps that have already been taken in the past and could easily be re-implemented.

Finally, the creeping normalization of Israel’s relations with the Gulf states is likely to suffer. True, the UAE, Omani and Bahraini ambassadors took part in the launching of the plan and Saudi Arabia released a mild statement in response to the launch. Yet, any Israeli move to unilaterally implement its share of the plan would not pass unanswered.

The release of Trump’s peace plan at the present time is a blatantly political maneuver. It was concocted in coordination between Trump and Netanyahu, in order to assist the Israeli prime minister’s reelection. The release of the plan just before the elections is a direct intervention in Israel’s domestic politics, intended to embarrass Netanyahu’s only real challenger, Benny Gantz by putting him in a situation where he cannot come out against the plan. If Netanyahu intervened in the domestic politics of the United States when he spoke in Congress in 2015 two weeks before the U.S. elections, Trump has now repaid him.

Former Israeli Foreign Minister Abba Eban is often quoted that the “Palestinians never miss an opportunity to miss an opportunity.” Interestingly, Jared Kushner, senior adviser to the President, declared Tuesday evening on CNN that if the Palestinians reject the plan “they’re going to screw up another opportunity, like they’ve screwed up every other opportunity that they’ve ever had in their existence.” Well, he forgot that Israel as well has missed a few opportunities, of which the Arab Peace Initiative (2002) was the latest and most substantial.

But more important, this time the Palestinians are not be missing an opportunity, because the Trump peace plan simply does not constitute an opportunity to resolve the conflict. Sadly, it might end up serving as a trigger for escalation, and the eruption of violence.

The article was published on Haaretz, 29 January 2020.