The Mass Media and Israeli-Arab Relations following the Arab Spring 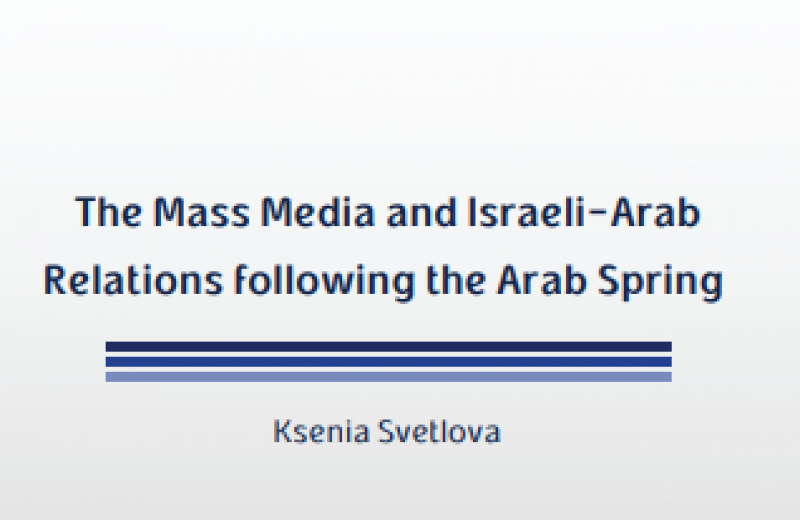 The Arab Spring has changed the mainstream media scene in the Middle East. Major pan-Arab TV stations have been losing audience, while new media such as Twitter, Facebook, and independent blogs have been gaining traction and significance in the region. The focus of the Arab mainstream media has shifted to domestic coverage of the changes occurring in various Arab countries, and has largely put aside the Israeli-Arab conflict. While hostility and suspicion towards Israel is still widespread in the region, the Arab mainstream media is reflecting more openness and curiosity towards Israel than before. Those Arabs willing to somehow engage with Israel now find it easier to do within the overall atmosphere of change brought by the Arab Spring.

media / The Arab Spring
Prev
All Publications
Next