The Oslo Agreement was Assassinated with Rabin 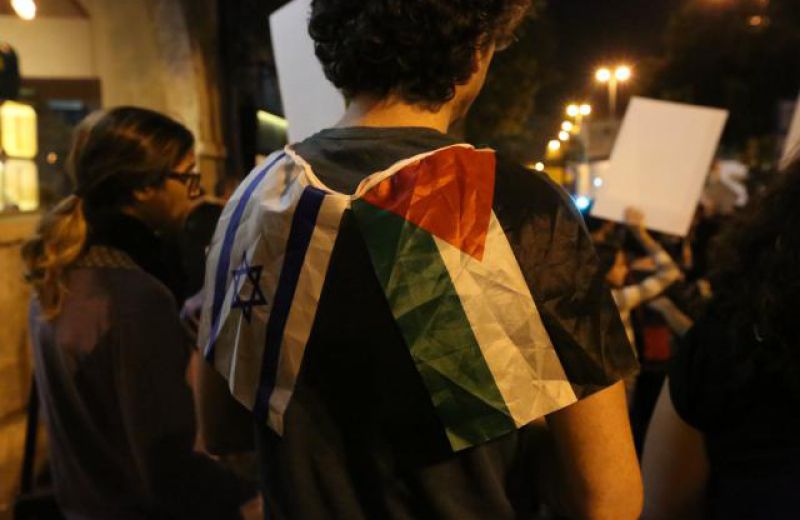 Surprisingly for what is considered a failed peace treaty, the 25th anniversary of the Oslo Agreement received significant media coverage. Most of it, as can be expected, was onesided, emphasizing the Palestinian mistakes without attempting to see the wider, balanced picture of the reasons that led to its failure, including the Israeli responsibility.

At the outset, it is important to highlight the fact that the Oslo Agreement is not all about failure. It has one major, significant success: the mutual recognition of both sides. In fact, the Palestinians had already recognized Israel indirectly in November 1988, when they accepted UN Security Council Resolution 242 and condemned the use of terrorism. The Shamir government was unwilling to recognize the change in the Palestinian position, and the law that prohibited meetings between Israelis and Palestinians, promulgated in 1985, remained in force until late 1992. This mutual recognition enabled the warring parties to humanize the other and commence negotiations. Moreover, the agreement enabled the establishment of an embryonic Palestinian entity (the Palestinian Authority), which was supposed to develop within five years – though it was not stated officially – into a sovereign state. Ironically, the basic logic of the Oslo process – its gradualism, which was meant to build trust between the parties – was also its major flaw: it allowed the opposition forces on both sides to sabotage the agreement.

In our historical perspective, the Oslo Agreement looks like a failure. The reasons for that failure lie on both sides.

The Israeli party is to be blamed for three failures: (1) For not stopping the building of new settlements in the occupied territories. On the eve of the Oslo Agreement in 1993, there were fewer than 120,000 settlers in Judea, Samaria and Gaza; by the end of 2016, the number had risen to 400,000 (not including East Jerusalem). This shows – in the Palestinian view – that Israel has never been sincere about implementing the agreement; (2) Israel has never indicated the end result, which is the building of an independent Palestinian state; (3) Israel – in spite of its military strength – has never been generous toward the Palestinians during the negotiations. Instead of treating the Palestinians with respect and honor, it continued humiliating and insulting them. After all, Israel received what it mostly desired – recognition – upfront, while the Palestinians’ most wanted demands – a state with recognized boundaries, control of East Jerusalem and resolution of the refugee problem – remained all unfulfilled.

The Palestinians, for their part, failed as well, on at least three fronts: (1) By not curbing the attacks of Hamas terrorists. It is debatable whether Arafat was capable of confronting Hamas militarily, but it is clear that he did not do his utmost to prevent these suicide attacks; (2) The Palestinian media, including the educational system, continued to delegitimize the Israeli side. This negative media campaign solidified the negative image of Israelis in Palestinian eyes and convinced Israelis that the Palestinians have not really changed their position toward them; (3) The Palestinians have never internalized that in spite of Israel’s military superiority, its psychological psyche needs continued assurance. Acknowledgment of Israel as a Jewish state would not be harmful to the Palestinians; in many ways it only reaffirms what had been already declared in the UN 1947 partition plan.

In spite of all these failures, the Oslo Agreement could have worked had Prime Minister Rabin not been assassinated in November 1995. History cannot tell us what could have occurred if Rabin had not been shot, yet in my research on missed opportunities in the ArabIsraeli conflict I reached the conclusion that Rabin – with his military background and political acumen – could have made the difference. It is important also to note that Rabin simultaneously negotiated with the Syrian President Hafez al-Assad; signing an agreement with him would have laid enormous pressure on Arafat to proceed as well.

We will never know whether Rabin could have succeeded, but his assassination removed from the field a major player who could have made a difference. This act was tantamount to the assassination of the Oslo track. The episode demonstrates that in spite of the importance of historical processes, the role of leaders in history is still paramount. This only accentuates the regretful conclusion that lack of leadership – on both sides of the conflict – is a major reason for the conflict’s endurance.

Prof. Elie Podeh is a Board Member at the Mitvim Institute. He teaches at the Department of Islamic and Middle Eastern Studies at the Hebrew University of Jerusalem.