The Political Situation in Iraq: An Opportunity for Israel? 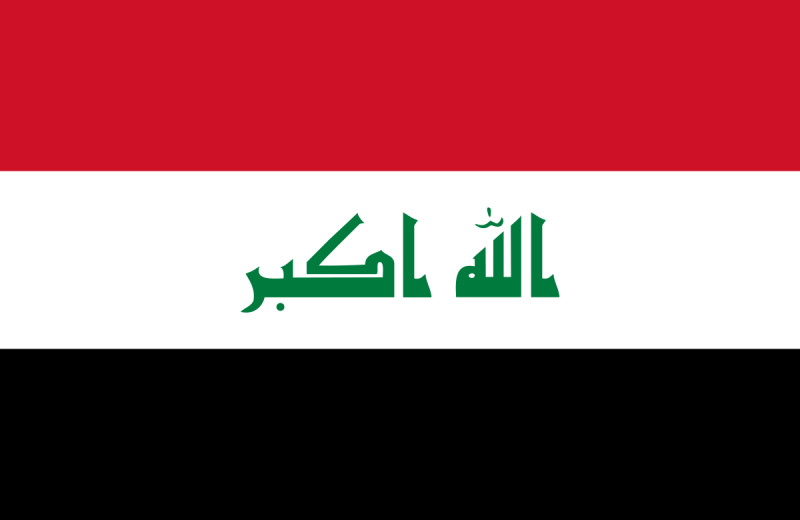 On April 9, Mustafa al-Kadhimi was tasked with forming a new Iraqi government after two other candidates, Mohammed Tawfik Allawi and more recently Adnan al-Zurfi, failed to win enough parliamentary support for their bids. Al-Kadhimi, who has served successfully since 2016 as head of Iraq’s Mukhabarat (domestic security service), is an independent candidate. He enjoys good relations with top US administration officials. He is an intellectual and a friend of intellectuals and of liberal civil society activists. He was close in the past to Ahmed al-Chalabi and Kanan Makiya, two architects of the US occupation of Iraq. He lived for years in the West (the UK) and upon his return to Iraq wrote for liberal media outlets, such as AlMonitor. He could be said to be the complete opposite of a typical Mukhabarat chief in the Arab world. During his term, at his initiative, the service was cleansed of political interference.

Al-Kadhimi was appointed against the backdrop of Iraq’s political crisis, which is also turning into an economic crisis with the global drop in oil prices. Widespread demonstrations were held in Baghdad and other Iraqi cities between October 2019 and February 2020 protesting political developments and Iran’s hegemony. For now, the protest has subsided due to the Covid-19 pandemic. Even before the crisis, the protesters had failed to impose an alternative on the existing political system. They failed to take advantage of the US support they received and of the assassinations of Qassem Soleimani and Abu Mahdi al-Muhandis to achieve their political goals.

Iraq is run behind the scenes by political blocs led by unelected figures, who divide the state’s resources among themselves and employ politicians to preserve the system. Since 2018, the main godfathers of the system have been Hadi al-Amiri (who heads the Fatah bloc of parties and commands the Badr militia) and Shiite cleric Muqtada al-Sadr. Iran is the sponsor and patron of this alliance between al-Amiri, al-Sadr and the others. At the same time, the escalation continued between the Shiite militias and US military forces deployed in Iraq, prompted by attempts to avenge the killing of Soleimani and al-Muhandis, mostly on the part of the Hezbollah movement in Iraq that al-Muhandis led. The escalation perpetuated the “spin” started by Soleimani in order to divert public attention from the protests toward a “patriotic” goal of achieving US withdrawal from Iraq. That, in turn, dragged Iraq into a regional Iranian-American conflict that only few want.

In fact, until March 2020, Iran was satisfied with the status quo that prevailed in Iraq. The protest had died down and the state was being ruled by a weak acting prime minister, Adil Abdul-Mahdi, who resigned in December 2019. At that point, a new candidate entered the arena, posing a threat to the militias and Iran. Adnan al-Zurfi obtained the support of the Shiite religious establishment (the Marja’iya) and of the US (he is an American citizen). Iraq’s Kurdish President Barham Salih was quick to enthusiastically approve the appointment. AlZurfi had previously served as governor of Najaf Province. During his term, he led a determined campaign against the parties and militias that have previously ruled the province. Many in Iraq regarded him as an ideal candidate and hoped he would manage to form a government. Had he run in elections, there is little doubt he would have been elected. At the time, he laid out his guiding principles, pledging to place all weapons in the hand of the state, put on trial those responsible for killing protesters, put in place an “Iraq first” policy and keep Iraq out of regional conflicts. His candidacy was of great concern to the pillars of the existing political system in Iraq, and they were quick to act.

Initially, many in this political system supported al-Zurfi, probably due to a combination of an illusion that they could continue to rule through him and a desire to weaken rivals within the system. When they realized that al-Zurfi was no puppet, they were quick to shift course. Initially, senior Iranian officials visited Iraq and then a meeting was held of representatives of all the Shiite parties, at which a decision was made to withdraw support for al-Zurfi and hand it to al-Kadhimi, with Iran’s blessing, of course. The Sunnis and Kurds were quick to follow, also transferring support to al-Kadhimi. On April 9, al-Zurfi announced he was withdrawing, attributing his decision to “internal and external elements”.

Iraq is the largest and most populous Arab state east of Israel. Many Iraqis want links with Israel, for various reasons: Renewed interest in the now defunct Iraqi Jewish community, and admiration for Israel as a democracy with impressive scientific achievements as well as an enemy of Iran (and as such, a potential ally for the many Iraqis hostile to Iran).

Official Israel discovered this new Iraqi climate recently and started to communicate with the Iraqi public mostly via social media. Over the past year, the Israeli Foreign Ministry has joined the effort to encourage contacts and discourse. In 2019, several Iraqi delegations visited Israel as did Iraqi members of other delegations. Hundreds of thousands of Iraqis follow the Foreign Ministry’s Arab-language social media pages, and most of them express positive views. One of these pages, “Israel in Iraqi dialect” is designed especially for IsraeliIraqi dialogue. In November 2019, Prime Minister Benjamin Netanyahu condemned the massacre of Iraqi protesters by pro-Iran forces. Before him, Foreign Minister Israel Katz expressed support for the protesters and their demands. Israel thus became the only state in the region to express solidarity with the Iraqi protesters.

Al-Kadhimi is a worthy candidate for prime minister and his appointment could create an unprecedented opportunity for an Israeli link with Iraq’s top political echelons. Al-Kadhimi is essentially pro-Western, a true liberal, articulate in English and his circles offer significant potential for channels to Israel. Iran and its supporters were forced to endorse a candidate for the premiership who as recently as January was accused of having a role in Soleimani’s assassination and was dubbed an “American agent”. Several weeks ago, as head of the security services, he ordered the arrest of commanders in the Iraqi Hezbollah militias. AlKadhimi now has a month to form a government and win parliamentary approval. If he succeeds, he is supposed to govern for about a year until elections are held.

However, one must not lose sight of the fact that al-Kadhimi was not elected; he was appointed by Iran’s supporters in Iraqi politics. He will have to behave himself and avoid risks. Iran’s backers will test him over the next month, for example by engineering confrontations with US forces. He will have to restrain himself. They also have contingency plans in case he turns out not to be weak enough: They will not vote for the government he forms and try to keep Caretaker Prime Minister Adil Abdul-Mahdi in power until the elections. If al-Kadhimi succeeds at some point after his official appointment as premier in freeing himself from the binds of his sponsors, Israel will be handed a true opportunity for a new horizon in its ties with Iraq. This will not happen without greater US involvement (perhaps Israeli, too) in Iraqi politics.

Israel / US / Iraq / COVID-19
Prev
All Publications
Next