This Day of Independence, We Are in Danger of Risking the Zionist Dream 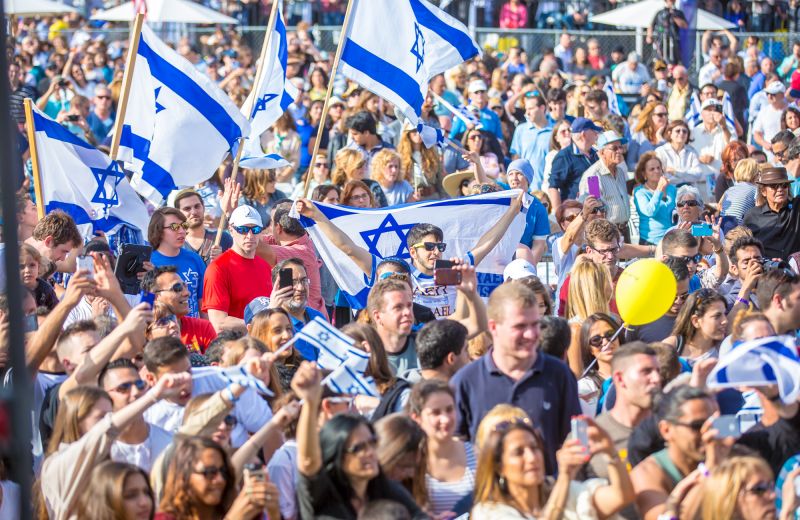 The corona crisis is sidelining the true threat to the Zionist vision of a democratic homeland to the Jewish People. The threat is the legitimization of annexation which is included in the coalition agreement signed at this tragic/ironic timing of the holiday symbolizing our independence. Annexation of Palestinian territory will place Israel on the path to a bi-national catastrophe. It will culminate in one of two scenarios – an apartheid state or yet another Arab state in the Middle East. Both scenarios signal an end to the Zionist dream. We will never be completely independent in our own state before the Palestinians will be independent in theirs, and the annexation will make us forever enslavement to the occupation of another people.

The Coronavirus crisis will pass. Humanity will eventually develop a vaccine and find the way to eradicate the virus or develop immunity to the pathogen. The global economy will be hard hit, as will ours, but will recover. The State of Israel is blessed with unusually creative forces that will eventually lead it out of the economic crisis stronger, more resilient and with greater prominence on the world stage.

On the other hand, the danger of annexation is irreversible – it will wipe out the Palestinian Authority and its life-saving security coordination with Israel, boost radical Palestinian forces and pose a real threat to one of Israel’s major strategic assets, the stability of the Hashemite Kingdom. Annexation will finalize the divorce between Israel and the US Democratic Party and deepen the alienation of the liberal progressive majority in the most important country in the world and Israel’s greatest ally.

Annexation will push away the majority of the US Jewish community and alienate most Diaspora Jewry, dealing a fatal blow to our existence as the nation state of the Jewish people. Europe, Israel’s most important trade partner, will lose interest in ties with a state that perpetuates occupation. The claim that the occupation was thrust upon us and cannot be ended absent a partner on the other side will shatter. Pro-Western Arab states with which we have a strategic partnership against Iran, ISIS and al-Qaida, will be unable to withstand popular pressure and growing hatred of Israel for burying prospects of a solution to the Palestinian issue, which continues to be a festering sore in the Muslim Arab world. The option of a bilateral solution will disappear and the Israeli-Palestinian issue will be dealt with by the International Criminal Court in The Hague and by the forces of BDS in civil society.

Yes, a number of friends will stand by our side – mostly members of the racist, populist alliance affiliated with the traditional anti-Semitic camp, which supports us now only because at this point in history they see Islam and Middle Eastern refugees as a greater threat to their ethnic purity than the Jews. Yes, on this holiday celebrating our freedom, we will be making a decision pushing us irrevocably into the camp of those leaders who do not believe in freedom and minority rights.

To draw a parallel to the four sons described in the Passover Haggadah, regrettably, the political simpletons hooked up with the wicked sons who are bent on eradicating the vision of the Declaration of Independence, rather than joining the wise sons who favor a liberal alliance consisting of minorities of all stripes. That is how we arrived at this point in time that threatens our liberty even after marking the holiday of freedom and threatening the Zionist vision when we are about to mark our independence.