When Israel Smiled at the World, the World Smiled Back 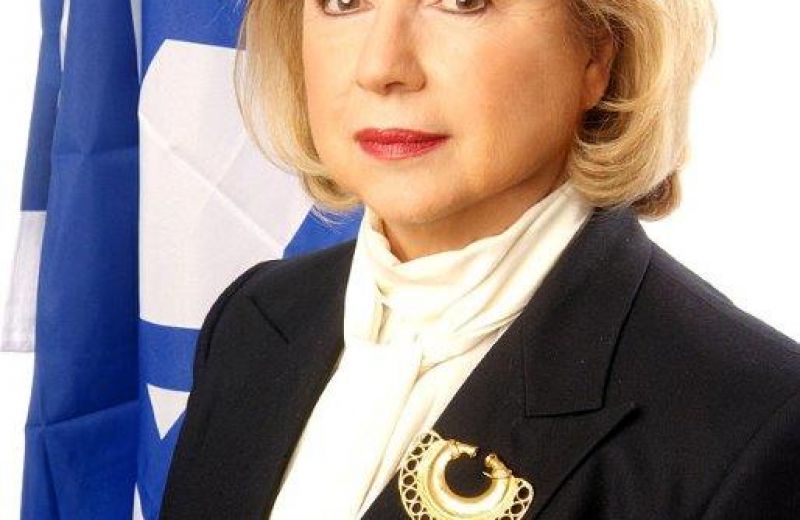 “In the last decade of the twentieth century, atlases, history and geography books no longer present an up-to-date picture of the world. Walls of enmity have fallen, borders have disappeared, powers have crumbled and ideologies collapsed, states have been born, states have died and the gates of emigration have been flung open. It is our duty, to ourselves and to our children, to see the new world as it is now – to discern its dangers, explore its prospects and do everything possible to fit into this world whose face is changing. No longer are we necessarily ‘a people that dwells alone’ and no longer is it true that ‘the whole world is against us’. We must overcome the sense of isolation that has held us in its thrall for almost half a century. We must join the international movement toward peace, reconciliation and cooperation.”

With these words, Prime Minister Yitzhak Rabin introduced his government to the Knesset 27 years ago. The warrior, former head of the IDF, did not warn of threats from Iran or Iraq, nor did he talk about the need to strengthen the military. He spoke about the need to open up to the world and abandon eternal victimhood, about his government’s plan to promote peace and end the Israeli-Arab conflict.

Yitzhak Rabin set out to change Israel’s national priorities. He was no dove. He did not participate in the Oslo Accord signing because he was a left-wing ideologue, nor did he sign the agreement lightly. He did so based on solid reasoning and a broad strategic view. He was a pragmatic man who could read the map, identify opportunities and make tough decisions. He understood that the PLO was growing weaker and that unless he sought agreement with that organization, he would face a tougher alternative – Hamas. He also understood Israel’s changing circumstances following the Gulf War, the collapse of the Soviet Union and dismantling of the Soviet bloc.

Rabin assessed that this was an opportunity to try to resolve the conflicts with Israel’s immediate neighbors so that when the time came, Israel would be able to face its harshest and most dangerous enemies – Iraq and Iran. He was thoroughly aware of the hurdles he would have to face on the path he had chosen, the crises, the disappointments, but he had decided that he would leave our children and grandchildren a different kind of world, one of hope and normalcy.

I had the privilege of serving the State of Israel and working with him. I had the privilege of serving during the Oslo Accord days, of witnessing the changes Rabin underwent and the tremendous breakthroughs made by Israel’s Foreign Service. From a state that just months previously had clashed with the US government over loan guarantees for immigrant absorption, Israel became a desired ally. Relations with the US were transformed, becoming warm and intimate, with every Israeli diplomatic move coordinated with the US administration and receiving its blessing and support.

I saw and experienced how the world opened up to us, how states which did not even recognized us changed their position. From China and India to Morocco, Tunisia and Mauritania. Representatives from Jordan, Qatar, Egypt, Tunisia and Morocco all gathered at my home in New York, where I served as Consul General, to meet Rabin. He also managed to make the old dream of peace with Jordan a reality.

The Middle East began opening up to us, and new channels of cooperation were examined at well-attended economic conferences we held in Morocco and Jordan. Europe, too, opened up to us, giving Israel preferential trade status and making it the first non-European partner in its Horizon 2020 research program.

I had the great privilege of being at Rabin’s side when he addressed the UN General Assembly on October 24, 1996, ten days before his assassination. The hall was packed. Most Heads of State in the audience applauded at length, not only because of what he said but also because they appreciated Rabin and his leadership. They stood in line for long moments to shake his hand. The sympathy of the world enveloped us, constituting the best proof that when we open up to the world, it opens up to us.

Rabin the soldier fought tenaciously against terrorism. I saw him angry and pained when he was informed of a terror attack, I saw him uncompromising when he had to make decisions and I also heard him shouting at Yasser Arafat when he had to. But he also bequeathed us new concepts, redefining the term “security” to include not just tanks, planes and missile boats, but also education, housing and well-being. Security, for Rabin, lay mostly in human hope.

Yitzhak Rabin was a modest man, often introverted, but also sure of himself; a man who did not like small talk and had no patience for fools and liars, for sycophants and fear-mongers. The red-headed Prime Minister spoke his mind, sometimes bluntly. In this sense, he was not blessed with diplomatic skills. But it was his direct style, his deep voice and shy mien that won the hearts of many.

In these days of determined attempts to undermine the State’s gatekeepers and institutions, it is important to remember Rabin’s respect for democracy and the rule of law, even when it concerned his personal life. Let us remember his desire to place the citizens at the top of the government’s priorities, his actions in support of civil equality, his attitude toward the Arab citizens in whom he saw partners, and the real actions he took to rectify past injustices.

Rabin, the man with the analytic mind, had well-defined, firm views, but he knew how to adapt himself when necessity dictated. Rabin knew how to dream and how to make his dreams come true. For him, the essence of Zionism was to establish a safe haven for the Jewish people.

For me, Rabin’s legacy is of integrity and modesty, courageous leadership, respect for democracy and civil rights, the vision of peace, and, above all, a life of hope.

Colette Avital is a former Member of Knesset and Ambassador, and is a Board Member at the Mitvim Institute.