The 2017 Israeli Foreign Policy Index of the Mitvim Institute 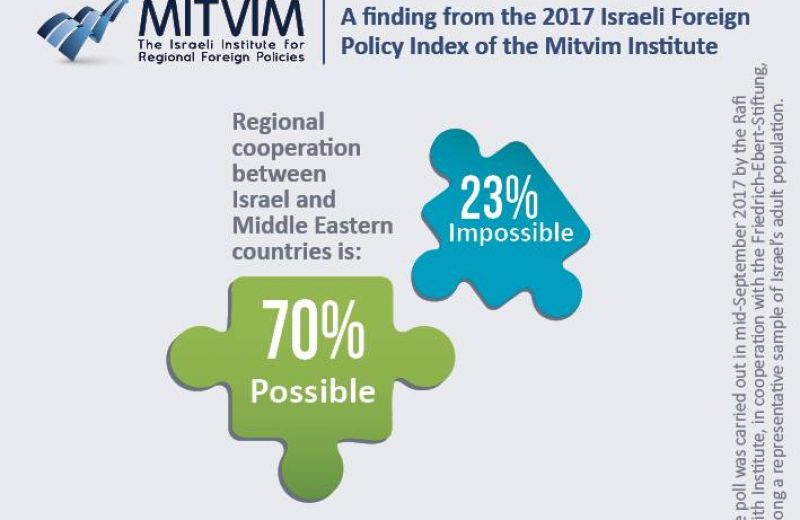 The annual public opinion of the Mitvim Institute on Israel’s foreign policy was conducted, for the fifth consecutive year in mid-September 2017. It was carried out by the Rafi Smith Institute, and in cooperation with Friedrich-Ebert-Stiftung, among a representative sample of Israel’s adult population (600 men and women, Jews and Arabs, aged 18 and above). The poll’s margin of error is 4%. This report includes the poll findings, grouped under five categories: The state of Israel’s foreign policy, Israel among the nations, foreign policy priorities and bilateral relations, regional cooperation, and the Israeli-Palestinian peace process.