Does the Road to Peace Pass Through Prisons? The role of former and current inmates in advancing Israeli-Palestinian peace 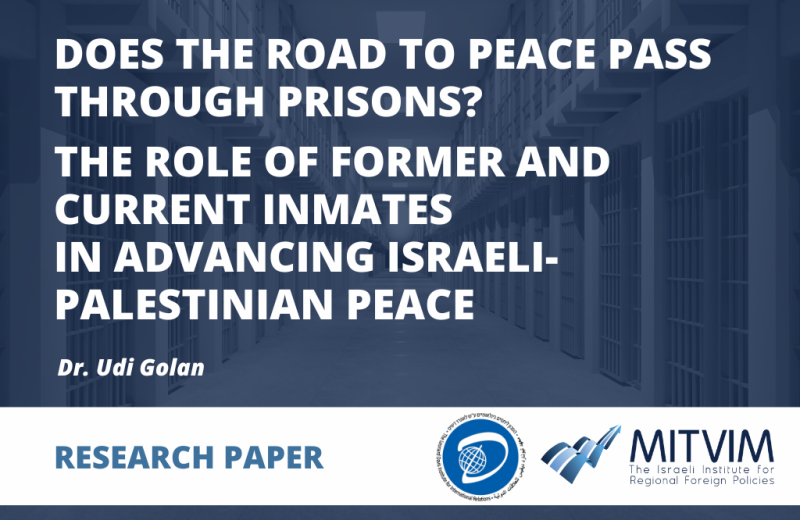 Prisoners and former prisoners constitute a significant and distinct group among the Palestinian public, both due to their numbers (hundreds of thousands of Palestinians have served time in Israeli jails since 1967) and their position in society. This position paper examines whether former and current Palestinian inmates can contribute to advancing Israeli-Palestinian peace, and how. The article discusses theoretical aspects that place them in a position to contribute to advancing peace, and provides examples from other countries where prisoners played an important role in advancing or attempting to advance peace. Based on the theoretical knowledge and examples, the article discusses the possible role of Palestinian prisoners in advancing peace. It describes the complexity and legal, moral and security-related issues involved, and points to positive developments, such as a process of moderation and adoption of support for peace undergone by some Palestinian inmates, who over time turned into prominent peace supporters. The article also points to measures that can be promoted in order to realize the potentially positive role of inmates in advancing peace, including dialogue with serving inmates, using the incentive of prisoner release to support moderate positions and to promote peace, and adopting policies of de-radicalization, dialogue and prevention, alongside punishment and deterrence measures, in order to turn some prisoners into actors contributing to peace.

This is the fourth in a series of papers of a joint project by the Mitvim Institute for Regional Foreign Policies and the Davis Institute for International Relations at Hebrew University examining selected actors’ contribution to the advancement of Israeli-Palestinian peace.