Hostility, incitement and the decision to improve ties with Israel 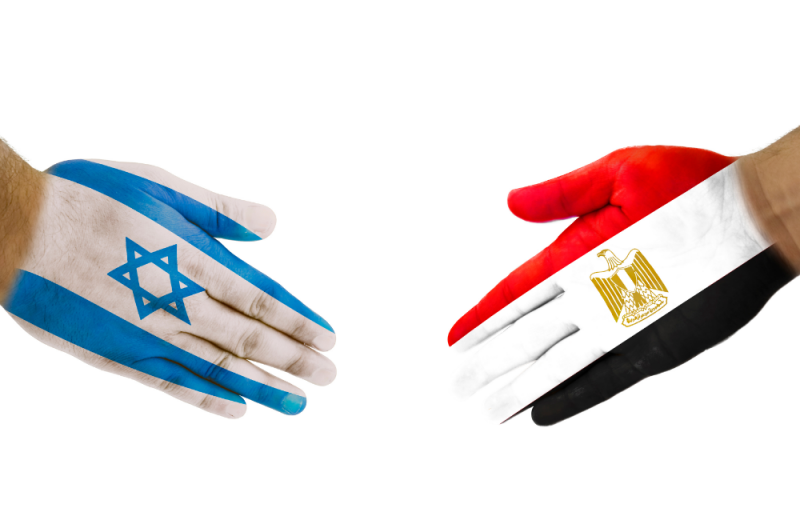 Nothing in the Middle East is happenstance, not even the date of that summit meeting on the first anniversary of the signing of the Abraham Accords between Israel and the UAE and Bahrain. Much has happened since the previous visit by an Israeli prime minister to Egypt 11 years ago. Egypt underwent two revolutions and a short-lived rule by the Muslim Brotherhood, several Arab states entered into an unending vortex of terrorism and civil war, Israel signed peace agreements with four Arab and Muslim states, the US continued to pull out of the region, while Russia and China stepped in – to stay.

Israeli-Egyptian relations withstood several crises resulting from regional storms (and perhaps because of them), with a certain warming felt in some aspects. What lies ahead for Jerusalem-Cairo ties in the coming decade, who in Egypt is responsible for shaping Israel’s image, and why is Egypt continuing its dizzying military buildup?

Together against Islamic terrorism

Cooperation between Jerusalem and Cairo achieved unprecedented closeness in recent years, as Egypt faced widespread terrorist attacks and attempts by organizations loyal to the Islamic State to entrench themselves in the northern part of the Sinai Peninsula. Egypt, struggling to wipe out terrorist activity in the Sinai, welcomed the cooperation with Israel and did not try to deny or hide it, while Israel was pleased with the opportunity to enhance its ties with Cairo and was quick to accede to its many requests, including an increased Egyptian military presence in the Sinai. Despite the regime changes between 2011 and 2013, one factor remained as constant as the massive Giza pyramids – the Egyptian army. All Egyptian presidents, except the Muslim Brotherhood’s Mohammed Morsi, were former military generals. All, without exception, saw to the military’s strengthening and enhancement of its image as “Egypt’s defender”.

The Egyptian armed forces play significant roles in the economy, culture and other aspects of life, and is estimated to control some 40% of the Egyptian economy. The portion controlled by the military has kept growing since the events of the Arab Spring that resulted in the unseating of President Hosni Mubarak. Its purview now ranges from road and national infrastructure construction to production of television series for Ramadan. It is thus no surprise that the military is also tasked with the delicate issue of relations with Israel, as reflected in the fact that it was Intelligence Chief Kamel who handed the invitation to Bennett to visit Egypt, not Foreign Minister Sameh Shoukry. In the past, too, when mutual visits and meetings were more frequent, the Israel and Palestinian portfolios were managed by Mubarak confidante, Intelligence Chief Gen. Omar Suleiman.

Such special envoys, who prefer the shadows to the limelight, are tasked with the sensitive mediation between Israel and Hamas and managing Hamas-Fatah relations in a manner that serves Egyptian interests and protects it from additional upheavals. Cairo would like to see a long-term truce between Hamas and Israel, and perpetuation of the status quo in the West Bank-Israel-Gaza triangle to prevent renewed cooperation between Hamas and Daesh in the Sinai. In this respect, Israeli and Egyptian goals do not necessarily converge because a long-term truce and lifting of the siege on Gaza could significantly bolster Hamas and result in a more significant escalation with the organization in the future.

Who is to blame for the paucity of economic, cultural and diplomatic ties with Egypt despite four decades of peace? Israeli ambassadors to Egypt have reported for years feeling unwelcome in the Egyptian capital, having a hard time setting up meetings with Egyptian officials, and saying that the Egyptians who did agree to meet with them risked being boycotted or denounced. Bilateral trade also remains limited, reaching some $122 million in the first six months of 2021, whereas trade with Jordan stands at $244 million and with the UAE at $613 million.

Experts say Israel has much to offer Egypt in technological development, agriculture and especially water regime issues, but such cooperation has barely advanced. I, too, experienced negotiations over water regime cooperation with members of the Egyptian Parliament in 2016 and 2017. The other side expressed great interest in the various Israeli proposals, but subsequently dialed down its enthusiasm. When asked why, one of the Egyptian lawmakers said, “such matters need to be dealt with directly by the leaders”, and that was the end of that. While the President himself probably does not have to okay every bilateral agreement, as long as there is no unambiguous green light for deeper cooperation with Israel, civilian cooperation will undoubtedly continue to stagnate. The decision announced in recent weeks to move ahead with direct Egypt Air flights from Cairo to Tel Aviv, is a move in the right direction, as is the upcoming renewal of flights to Sharm El-Sheikh.

One exception to the rule worth mentioning is obviously energy cooperation, which has undergone transformative change in recent years – the establishment of the Cairo-based regional gas forum with Israeli participation and the agreement on Israeli gas sales to Egypt. Both developments were approved because they serve Egypt’s economic and geo-political interests.

Israel, too, prioritizes security relations with Egypt over civilian ones, according to National Security Council sources. This is ostensibly a pragmatic approach – if members of the military can get along with each other, especially given the extensive role of the Egyptian military in the affairs of state, then so be it. However, this approach means that most of the cooperation is conducted far from the public eye, save for a few exceptions, such as the Egyptian-Israeli cooperation against the Islamic State and Israel’s assistance, which could not be concealed. Meanwhile, the term “peace with Israel” remains unacceptable to most members of Egyptian society. Few Egyptians are aware of the cooperation between the two states and according to the latest Arab Barometer polls, the attitude toward Israel remains hostile and suspicious. Anti-Israel messages in popular culture, such as a television sci-fi series aired during Ramadan predicting Israel’s destruction, certainly do not help.

While the level of hostility toward Israel in Egyptian media has declined somewhat in recent years, one occasionally comes across articles claiming Israel is in cahoots with Daesh to destroy Egypt and the Arab world. Several changes were also made to school textbooks, which now include chapters on the Jewish religion and Jewish community of Egypt, and the regime has invested significant efforts in rehabilitating ancient synagogues in Cairo and Alexandria. Nonetheless, just months ago, a major storm erupted when a photo taken in Dubai of popular Egyptian actor and singer Mohamed Ramadan alongside Israeli singer Omer Adam and Israeli-Arab football star Dia Saba resulted in a boycott of Ramadan in his home country, with his appearances cancelled and songs silenced on Egyptian radio stations for several months.

Even if the Palestinian issue is not a top regional or Egyptian priority at this time, as Egypt battles the coronavirus pandemic, unemployment and water shortages exacerbated by the Ethiopian Nile dam, most Egyptians still support the Palestinians and believe full normalization with Israel should await resolution of the conflict with them. Years of anti-Israel incitement and anti-Semitism have not added to Israel’s allure, and its symbols, flags and leaders still incur hostility among many Egyptians, especially young people affected by the flourishing BDS movement.

During his initial years in power, a-Sisi avoided public meetings and photo-ops with Israel’s prime minister, although he knew many top Israeli military and defense ministry officials very well. A-Sisi was part of the Obama Administration efforts to hold a regional summit with the participation of Israel, Jordan, Egypt, Saudi Arabia and the Palestinian Authority in 2016. He reportedly also met with then-Prime Minister Benjamin Netanyahu and opposition leader Isaac Herzog, but preferred to avoid public scrutiny of these contacts and opted for discretion.

Anti-Israel sentiment remains a powerful force in Egypt, with many among its elites – writers, poets, journalists as well as civil society activists holding pro-Nasserite views and rejecting recognition of Israel and cooperation with it. This also hampers development of civilian ties with that state. However, military officers and the business people close to them hold a more pragmatic attitude. Even if they do not rank among Israel’s greatest fans, they identify shared enemies (such as Daesh) against whom it is worth cooperating, and shared interests (such as energy) that are worth promoting. Israelis who know a-Sisi describe him as a religious man who held solid and critical anti-Israel views, but they appreciate his determined stand against the Muslim Brotherhood takeover of Egypt. “A-Sisi is nothing short of a miracle,” one of his interlocutors once told me, “He doesn’t like us much, but he dislikes the Muslim Brotherhood much more.”

Egypt had a vested interest in rapprochement with the US and Israel in the 1970s when President Anwar Sadat first visited Israel and subsequently signed the peace agreement with it. But will the chill in Cairo-Washington relations since 2013 (interrupted for four years of the Trump Administration), affect relations with Israel, too?

It is no secret that the US is trying to distance itself from the Middle East and its many troubles. Its ambiguous policy on Syria, mistakes in Libya and the prevailing perception among the Arabs that the Americans abandoned their ally President Mubarak at the time, along with the US pullout from Afghanistan and Iraq, have prompted a rapprochement between Egypt and the competing powers – China and Russia. While the US is slashing military aid to Egypt (by 10%, for now) over its human rights infractions, China, which is less interested in Egyptian human rights, is building the country’s new administrative capital. Russia, for its part, is building the country’s first nuclear reactor at the al-Daba’a site, expanding its industrial zone on the shores of the Suez Canal and selling Egypt state-of-the-art weapons, among them the SU-35 competitor of the American F-35 stealth fighters.

That deal was signed two years ago, but the US threatened to impose sanctions and at this point it is still unclear if and when these aircraft will touchdown in Egypt and become operational. The general orientation is clear – Egypt does not intend to replace the US with Russia or China, but it would like to have its cake and eat it and prompt these two powers to compete for its favors. Its prospects of achieving this goal are unclear, but Israel would undoubtedly prefer that Egypt remain under the US umbrella, too, facilitating closer cooperation and ensuring a certain American guarantee.

President Abdel Fattah a-Sisi dreams of restoring Egypt’s battered regional status. He would like to turn Egypt once again into the regional leader of olden days, and has therefore been investing a fortune in mammoth national projects such as expanding the Suez Canal as well as in a comprehensive military buildup. In the short term, Israel does not expect a clash with Egypt and is not concerned by this buildup, but in the long term it cannot ignore the erosion of its qualitative military edge and Egypt’s accelerated weapons shopping, courtesy of the Arab Gulf States.

Egypt is important to Israel and vice versa. The Israeli government wisely decided to invest time and energy in improving ties with Cairo. Although the peace with Egypt remains cool, strategically it is certainly no less important, and perhaps even more so, than the newer peace with countries not bordering Israel. Israel must insist on the development of civilian relations with Egypt in order to create a bridge between these two societies and their people, but it must not forget that peace with Egypt is also linked to progress in the Palestinian arena. The tight security cooperation must not obliterate a sober view of Egypt’s re-armament and its future implications for Israel’s security.