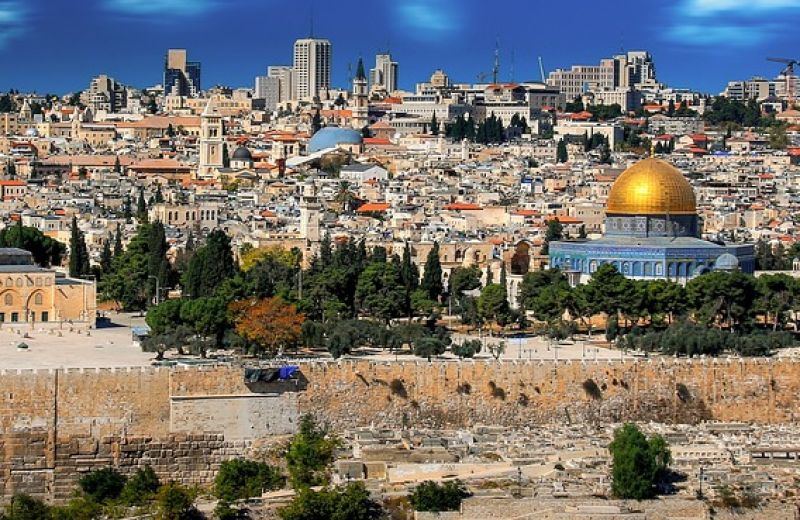 “This is the time to say thank you for the decision that has lifted every heart in Israel, and every heart in the Jewish world”. This statement was not issued after Trump’s decision to recognize Jerusalem as Israel’s capital, but rather by Yitzhak Rabin, in October 1995. At a festive ceremony in Washington DC, then-Prime Minister Rabin congratulated Congress for approving the bill requiring that the US Embassy in Israel be relocated to Jerusalem. But it was a bill that Rabin actually opposed, and that he viewed as a cynical attempt of right-wing actors in Israel and the US to sabotage the peace process by forcing the American president to take a one-sided stance on the sensitive issue of Jerusalem.

Rabin was not the only Israeli politician who chose to publicly pledge allegiance to the notion of a “united Jerusalem”, while understanding that a compromise in the city is required for peace. Current Israeli politicians and party leaders behave similarly, at times clearly contradicting themselves – for example, by rejecting any compromise in Jerusalem, while voicing support for the Clinton parameters (from 2000), which call for Palestinian control of Arab areas of Jerusalem.

The Israeli peace camp is criticizing Trump, and rightly so, for not making a distinction in his statement between East and West Jerusalem and for not mentioning the Palestinian aspirations for a capital in East Jerusalem. His decision not to do so places additional obstacles on the path towards peace. Despite Trump’s repeated statements about his interest in peace, his Jerusalem statement was done due to domestic political considerations, and not due to sophisticated diplomatic calculations. Previous American statements regarding the embassy relocation were also often carried out because of such motives. That was the case in 1972, when the call to relocate the embassy to Jerusalem first appeared in the platform of an American political party (at the time it was the Democratic Party); that was the case in 1995, when Congress passed the legislation requiring the embassy’s relocation; and that was the case in 2000, when George W. Bush stated prior to the elections that he will “begin the process” of relocating the embassy. The wish to gain domestic support, and not genuine concern for the fate of Israelis and Palestinians, dictated these moves.

The Clinton administration acted differently. It identified the significant damage that American steps regarding the status of Jerusalem might cause to the peace process, which the administration was deeply invested in promoting. It is not by chance that President Clinton made efforts to block the 1995 legislation attempt. Administration officials heavily criticized the proposed legislation, held briefings against its initiators, contested its legal legitimacy, and threatened that the president will veto the bill or refuse to sign it. Dennis Ross, who was leading President Clinton’s peace efforts, said at the time that if the bill will pass “my wife will be very happy. I will be able to spend much time at home with the kids. If I go to the Middle East, I will have to wear a bulletproof jacket”. Eventually, a compromise was reached, in the form of the presidential waiver signed by consecutive presidents (including Trump) every six months, postponing the relocation of the embassy due to national security considerations.

The future of Jerusalem will not be determined by politically-motivated statements of one American president or another. Such statements should not be underestimated, as they do impact developments on the ground and may shift positions among the international community. But eventually, Israelis and Palestinians will be the ones making the calls and defining their own political reality.

In recent years, there has been a flux of international peace initiatives – American, European, Arab, and even Chinese – and a striking absence of much-needed peace initiatives proposed and advanced by the local leaderships in Jerusalem and Ramallah.

The international community should contribute to peacemaking and has an important role to play on the path to peace. It can specify parameters for a two state solution, offer incentives that will make peace seem more attractive, and spell out the prices to be paid should the sides take steps that further peace. Nevertheless, the peace process itself should originate from the region and not from the outside. This has already happened in past breakthrough between Israel and its Arab neighbors, and it can happen again. In the absence of a propeace government, the Israeli opposition should take the initiative, as it did in 2003 when the Geneva Initiative was developed and published as a pro-peace alternative to the Sharon government’s policies. The Jerusalem issue can be a good starting point, especially due to the wide gap between the current reality in Jerusalem and the one that can be expected in the city after peace is achieved. Israeli and Palestinian experts drafted an initial shared vision for the city, just over a decade ago, and the effort can now continue.

Pro-peace Israeli politicians should not compete with the right-wing government over who is more enthusiastic about Trump’s statement and who is more committed to “united Jerusalem as Israel’s eternal capital”. Instead, they should engage in dialogue with Israel’s Palestinian and Arab neighbors, and introduce a vision of peace for the city of Jerusalem. It should be a vision based on compromise and respect, which seeks to fulfill the needs of both sides. Only this will enable the transformation of Jerusalem from a poor and conflict ridden city into the flourishing and prosperous city it should become.

Jerusalem can become a local, regional, and international success story. In an era of peace, Jerusalem will attract flocks of tourists, businesses, and international organizations. And, yes, there will also be embassies relocating to the city, and in masses. This is the story that Israelis and Palestinians should be hearing. Voicing it will be the best response to Trump’s statement.