Netanyahu Is Actively Courting the Iranian People, but There Could Not Be a Worse Messenger 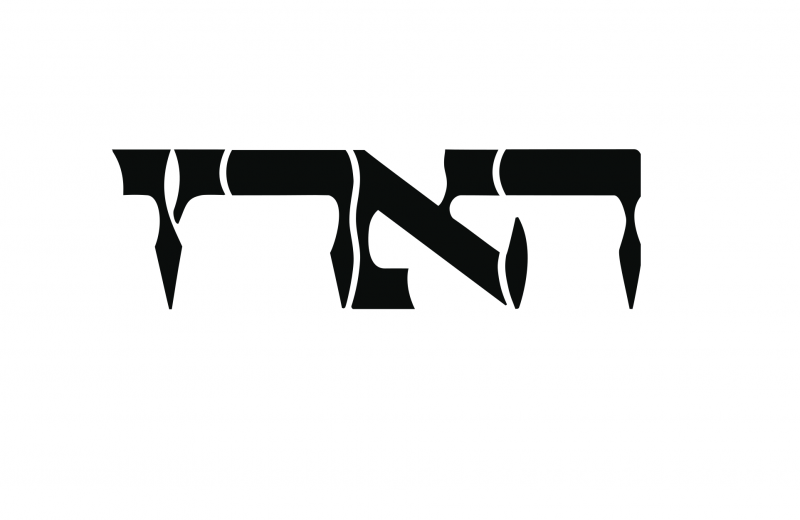 The Islamic Republic of Iran soon turns 40. Since 1979, the U.S. has been the primary ideological target of Iran’s enmity. Recently, we’ve seen the rhetoric heating up, with Iran’s President Rouhani threatening America with “the mother of all wars,” and President Trump’s all-caps response – that further threats would lead to “unprecedented consequences.”

But Israel – or the “Little Satan” – plays no less central a role. Thanks to tensions surrounding Iran’s nuclear aspirations and its proxy war involvement in Syria close to Israel’s northern border, for the first time, Iran and Israel’s relationship is showing signs of evolving from a cold war to a hot war.

Despite this, Iranians and Israelis are, surprisingly, communicating with one another more now than they have since the days of the Shah. And it is during this period of geopolitical uncertainty that civil society actors on both sides should buck the trend and encourage and participate in a new narrative of understanding and goodwill.

Every year, at the state ceremony marking Holocaust Memorial Day, Israel’s Prime Minister Benjamin Netanyahu draws parallels between the murderous plans of the Nazis and the inflammatory rhetoric of the Islamic Republic. And like their premier, most Israelis see Iran as an existential threat.

Iran’s decades-long propagation of Holocaust denial, as well as arming of Hezbollah, Hamas, and Palestinian Islamic Jihad, reinforces this ingrained perception. When Iran test fires ballistic missiles decorated with Hebrew writing that calls for Israel’s destruction, it reaffirms popular opinion on the streets of Jerusalem and Tel Aviv. According to a poll conducted in early May, 44 percent of Israelis support a unilateral strike in order to prevent Iran from acquiring nuclear weapons.

The prospects of military confrontation between Israel and Iran have increased over Syria. Israel established two red lines on Iran’s entrenchment and transfers of advanced weaponry to Hezbollah, and has responded to Iranian disregard for these red lines with a series of airstrikes on Iranian facilities in Syria. But Israel does not seek an expansion of this conflict, and is using two soft-power tactics in the hopes of forcing Iran’s hand.

The first tactic is diplomacy with Russia. While successfully lobbying the Trump administration to walk away from the JCPOA and reinstitute economic sanctions on Iran, Netanyahu has simultaneously prioritized his relationship with President Vladimir Putin.

Israel doesn’t have much choice. After Russia installed its S-300 air defense systems in Syria, Israel was compelled to develop a de-conflicting mechanism so that its planes could continue to overfly Syrian airspace without interfering with Moscow’s interests. Negotiations between Jerusalem and the Kremlin over an Iranian withdrawal from southern Syria are ongoing and according to reports, received a boost during Trump and Putin’s Helsinki summit and other recent high-level meetings.

The second Israeli strategy – and one that turns more heads – is a direct courtship of the Iranian people. In a series of videos published on YouTube aimed at the Iranian public, Netanyahu describes the travails of the imaginary 15-year old Iranian teen girl Fatehmeh; he longs for the day when Israeli and Iranian national soccer teams can compete against one another, asks Iranians to consider using Israeli agricultural technology to minimize the effects of drought, and congratulates Iranian protesters for questioning the allocution of state funds to military campaigns in the Middle East.

Israel may be executing this new approach in tandem with the U.S., which over the last year has frequently engaged Iranians and the Iranian government with different messages. Israel’s government seems to have accepted the notion that it can pressure Tehran’s ruling class by addressing the Iranian public. The game plan is simple: force the regime to justify its war-mongering policies to its own people, and force Iranians to ask what price they are willing to pay in order to pursue this ideological end-goal, to query whether the call for the destruction of Israel resonates beyond the Iranian leadership and Revolutionary Guards cadre.

No Israeli leader has ever adopted this approach before, and Netanyahu knows full well that he is touching a nerve. The timing is no coincidence. Not only is Tehran under international pressure to rethink its regional agenda, but, domestically, anger over the regime’s disconnected foreign and economic policies is also growing. Slogans such as “Leave Palestine be, think about us [Iran]” and “Palestine, Syria are reasons for our misery” are now commonly used in protests taking place across Iran.

Netanyahu’s message is accurate, but there could not be a worse messenger. Rather than ceding the platform to Netanyahu – an unpopular figure in Iran – Israelis must seize this opportunity and develop their own dialogue with the Iranian people. Similarly, Iranians need to be ready to respond to their Israeli counterparts, and engage in a serious conversation about their vision for the future.

Creating successful mechanisms for Israeli-Iranian dialogue was the central question raised by a group of U.S.-based Israeli and Iranian policy analysts and scholars (including the authors of this piece) in Washington, D.C. in late 2017. While participants agreed that Israeli and Iranian officials would not be conducting direct negotiations to reduce bilateral tensions anytime soon, many felt that the Iran nuclear deal, to which at the time the U.S. was still a signatory, presented an opening for some limited people-to-people dialogue, especially if executed in coordination with Israeli and Iranian diaspora communities. Despite Trump’s withdrawal from the deal, the discussion about how this people-to-people dialogue might develop is as relevant as ever.

Iranians at the meetings explained that, while their countrymen are protesting their government’s adventurism abroad, this should not lead Israelis to assume that anti-Israel and anti-Semitic sentiments in Iran are merely skin-deep. Israel’s policies towards the Palestinians over the last decades have strengthened negative Iranian attitudes towards the Jewish state. Moderate voices in Iran who recognize that hostility towards Israel does not serve their country’s interests do exist, however they lack clear incentives to advocate for a moderate approach.

Emphasizing cultural bonds between the two peoples won’t bridge political differences between the two governments, but they deserve more attention. As our meetings revealed, there are no shortage of stories from older generations who recall the once warm relationship between Tehran and Jerusalem. In a similar vein, the 2015 Israeli film “Baba Joon” was well-received by Iranian audiences because of its touching depiction of how an immigrant family from Iran retained their Persian identity despite relocating to Israel. Unsurprisingly, many Persian Israelis root for “Team Melli” during the World Cup.

A similar emphasis should be placed on social media initiatives. The 2012 “Israel Loves Iran” and corresponding “Iran Loves Israel” campaigns attracted the support of thousands to an anti-war message and revealed how many Israelis and Iranians refuse to accept their respective government’s worldview. These campaigns were particularly successful in targeting younger audiences, and breaking taboos – particularly in Iran, where until several years ago the media would never refer to Israel by name.

Above all, Israelis and Iranians need to be realistic about what a military conflict would mean and the role their governments play in perpetuating this antagonism. So long as Supreme Leader Ali Khamenei is in charge, an Iranian U-turn on Israel isn’t in the cards. And it is even less likely that Iran will halt its support for other regional actors, such as Hezbollah, in the years to come. Top-down changes within Israel should not be anticipated either. Rather than wait for political elites to make rational choices, Israeli and Iranian citizens must be the ones to engage one another in dialogue, voice their concerns to their respective leaders, and explore every alternative to war.

The Trump administration’s decision to withdraw from the JCPOA damaged the ability of third parties to effectively deescalate tensions between Israel and Iran. Russian efforts to establish a buffer zone in Syria should be applauded, but the results may only serve a stopgap before the next chapter of hostilities. Despite this pessimism, the channels of communication have never been more accessible. People-to-people initiatives may not be able to reverse the narrative of conflict that pervades the Israeli-Iranian relationship, but it may thwart a descent into chaos.

Gabriel Mitchell is policy fellow at the Mitvim Institute for Regional Foreign Policies and a PhD candidate at Virginia Tech. Alex Vatanka is a Senior Fellow at the Middle East Institute.