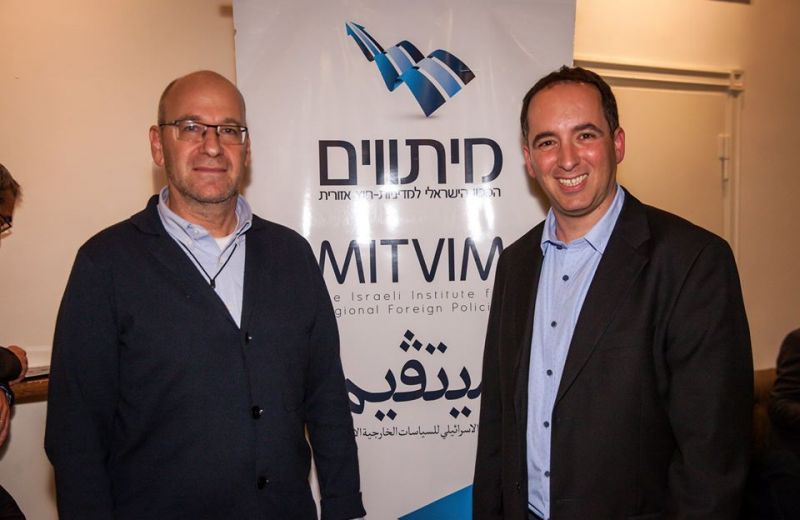 In an important boost to Israel’s foreign service, barely a week after being sworn in, the new government approved 36 ambassadorial and other heads of diplomatic missions, appointments that former prime minister Benjamin Netanyahu had delayed for over six months. The new government’s decision to shutter the Ministry for Strategic Affairs is also proof of its promise to strengthen the Foreign Ministry as the integrator and lead agency in the conduct of foreign affairs.

Just as Netanyahu will soon vacate the official Balfour Street residence, his political ambassadorial appointees must move out of their official residences in world capitals and return to Israel. Politicians are allowed to appoint up to 11 ambassadors and consuls-general of their choice without the usual process of issuing a tender required for such diplomatic appointments. This practice has long been a sore point with Israel’s Ministry of Foreign Affairs, which has argued that Israel’s ties with key countries are left too often in the hands of unqualified envoys.
While some political appointees were appropriately qualified and delivered positive results, most were appointed solely as a reward for political associates and often caused diplomatic embarrassments. Israel’s foreign ministers and prime ministers have used their allotted appointments in different ways. When Tzipi Livni served as foreign minister, for example, she announced that she would make use of political appointments only to fill top diplomatic posts in the US and at the UN. Foreign Minister Yair Lapid has already made one such appointment, recently naming his former political ally Assaf Zamir as consul-general in New York.
Netanyahu did not take advantage of his entire allocation of political diplomatic appointments, but not for reasons of good governance or esteem for the MFA’s career diplomats. He tended to leave key appointments vacant so he could fill them with senior Likud party officials whom he wanted moved out of their government posts or offer them to other parties in coalition building negotiations. De facto, even when he promised such appointments to others, as he did in 2020 when convincing Labor’s Amir Peretz to join his government, the promises remained unfulfilled. Netanyahu left the ambassadorial slots in Canada, Australia, France and the position of consul-general in New York open for a long time, holding them in reserve for possible political appointees he might need.
The political appointments issue becomes key following the recent government change, the type of which has not occurred in Israel for many years. Ambassadors who were appointed based on their affiliation with the ruling party or their ideological and personal affinity with the prime minister are now supposed to represent a government adopting widely different policies, after having issued harsh criticism of its leaders prior to their appointment by Netanyahu. Ambassador to the UK Tzipi Hotovely, Ambassador to the UN and the US Gilad Erdan, and Ambassador to Italy Dror Eydar were all personally appointed by Netanyahu in 2019 and 2020 and should now offer their resignations. [Erdan announced that he is stepping down from his post in Washington but would like to stay on at the UN.] In fact, they should have done so immediately once the new government was sworn in this month, although unlike politically appointed US ambassadors, they are not obliged to do so.
Indeed, different countries adopt different practices in this regard. US ambassadors are often close associates of the president, and sometimes are even campaign donors. But these appointees must be vetted to determine possible conflict of interest and go through hearings by the Senate that could torpedo confirmation of the appointment. In the UK, on the other hand, nearly all ambassadors are career diplomats, unaffiliated with the political echelon. But in neither the American nor the British systems can ambassadors represent their country’s elected governments if they were selected to their positions due to their widely different worldview or political affiliation.
Although Israel’s new government consists of eight political parties with widely divergent ideologies, several aspects distinguish it dramatically from the previous one: It is in the midst of making worthy professional appointments in government service; it intends to prioritize ties with liberal democratic partners over Netanyahu’s nationalist and populist allies; it plans to work together with the US administration on the Iran nuclear deal, despite Naftali Bennett’s and Lapid’s continued objections to the agreement, rather than clashing with it openly as Netanyahu did; it does not intend to advance annexation of Palestinian territories; it has already begun reaching out to all streams of Judaism abroad, prioritizing liberal Jewish persuasions over Christian evangelists; and it aspires to improve ties with the European Union and create better relations with the moderate Palestinian leadership.
This new, fresh approach cannot be represented by Netanyahu’s political ambassadorial appointees, who often operated in direct contrast to the new government’s approach when they served as politicians. The statements and actions of Erdan as minister of strategic affairs, and of Hotovely as deputy foreign minister, reflect a tremendous gap between their worldviews and those of the new government.
“I will not be replaced. I am here to stay,” Hotovely was recently quoted as telling senior Jewish leaders in the UK. Bennett and Lapid must ensure this does not happen. In order for the new government to carry out its policies, in addition to approving the foreign service appointments that Netanyahu delayed and filling long-standing diplomatic vacancies, they must ensure that Netanyahu’s ambassadors return home, the sooner the better.
**The article was published on The Jerusalem Post, 28 June 2021
Prev
All Publications
Next