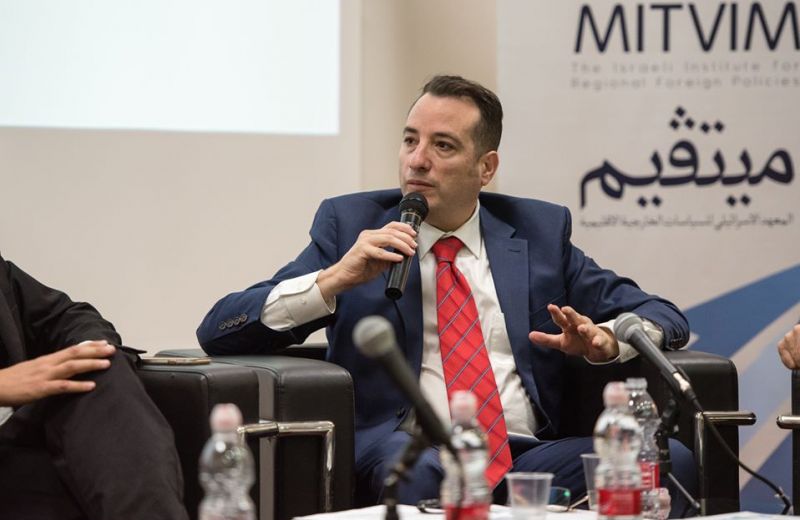 From the onset of the political process between the Palestinian Authority and Israel, the Palestinians have worked to create a broad Arab front to support their position and have asked the Arab world not to normalize relations with Israel until a permanent agreement is reached between the parties to establish a Palestinian state.

The entry of some Arab states into a process of accelerated normalization with Israel has led to the collapse of the PA’s concept of negotiations. The current round of reconciliation talks between Fatah and Hamas can be understood against the background of the regional changes that have resulted from Israel’s agreements with the United Arab Emirates and Bahrain.

For more than a decade, there has been a mostly unsuccessful dialogue among the various Palestinian factions to unify their political system, which has been divided since June 2006, and Fatah and Hamas presently face a significant crisis of confidence. The current attempts at reconciliation, however, have different characteristics than past attempts. This time, the contacts between Fatah and Hamas are taking place when the Palestinian national movement is at one of its low points, as countries in the Arab world are turning their backs on it, and when it needs to rethink its overall strategy moving forward.

This political crisis occurs while Fatah and Hamas leadership are in a transition phase. Power struggles over the succession of PA President Mahmoud Abbas embroil Fatah, while Hamas is undergoing an election process intended to determine the leader of the movement for the next four years. As part of this process, there are power struggles between Hamas leadership in Gaza and its leaders abroad.

The reconciliation talks between Fatah and Hamas that have been taking place in Turkey, considered a member of the regional axis opposing Israel and a Hamas sponsor, reveal the extent of the crisis facing the Palestinian Authority, which suspects its traditional friends in the Middle East of turning their backs on it. The death in September of Sheikh Sabah Al-Ahmad Al-Jaber Al-Sabah – Kuwait’s leader since 2006, who was in charge of Kuwait’s foreign relations for some 50 years – is a symbolic illustration of the sense of loneliness felt by Palestinians due to Gulf abandonment. Al-Sabah famously repaired the relations between Kuwait and the PLO following the crisis of the first Gulf War in which PLO chairman Yasser Arafat sided with Saddam Hussein.

The younger generation that is taking over the reins of leadership in the Gulf states does not share the commitment of its parents’ generation to the Palestinian issue. The younger generation chose to abandon the “Three No’s” of the Khartoum Conference of 1967 (no peace with Israel, no recognition of Israel, no negotiations with Israel) in favor of establishing civil and economic peace with the State of Israel. This peace also includes political and security elements, which create ample space for the Gulf states to maneuver regionally, particularly against Iranian threats of regional destabilization.

However, despite forging closer ties with Israel, the Gulf states have not entirely abandoned the Palestinian issue. The UAE stipulated the cancellation of Israeli annexation plans as a condition for signing the Abraham Accords. Saudi Arabia, the largest and most important of the Gulf states, which spearheaded the Arab Peace Initiative in 2002 on the basis of a two-state solution, is gradually increasing its engagement with Israel, but continues to insist upon a resolution to the Israeli-Palestinian conflict before full normalization can proceed.

As these dramatic changes take place in the region, the Palestinian leadership has dropped its guard. Had it not been for the normalization measures between Israel and the Gulf states, we would not have seen the renewed efforts at reconciliation between Fatah and Hamas. In light of regional developments, the factions feel obligated to show Palestinians in the West Bank and Gaza Strip that they are trying to provide a national and political solution to the many domestic and foreign problems facing Palestinian society.

The rapprochement between Fatah and Hamas, which is being sponsored by Turkey-Qatar-Iran axis, does not come naturally to the PA’s leadership. Abbas is hoping that a change of administration in the US on November 3 will allow him to break free from the dialogue with Hamas in order to rekindle the peace process. This would be done under the auspices of a new American leadership, based on a new peace plan crafted in the mold of the 2002 Arab Peace Initiative.

Against the4 background of the changes that have already taken place in the region, the leadership of the PA understands the Arab world is no longer waiting for its approval to forge agreements with Israel. This is a moment of truth for the old guard of the PLO. They must decide whether to return to the negotiating table with Israel and work to realize the two-state vision, or whether to allow for the continuation of the status quo. Choosing to preserve the status quo could end in the complete erosion of the scant legitimacy that the PA possesses and lead to the rise of Hamas as the dominant faction in the Palestinian national movement at the expense of Fatah.

This is not in Israel’s interest. Instead, the Israeli government would be well served to foster a new diplomatic horizon for the Palestinians and to advance the two-state solution. In so doing, it would help strengthen the moderates in the Palestinian arena and not the extremists.