The Israeli-Palestinian Conflict and Israel’s Relations with the Middle East, Europe, and the US 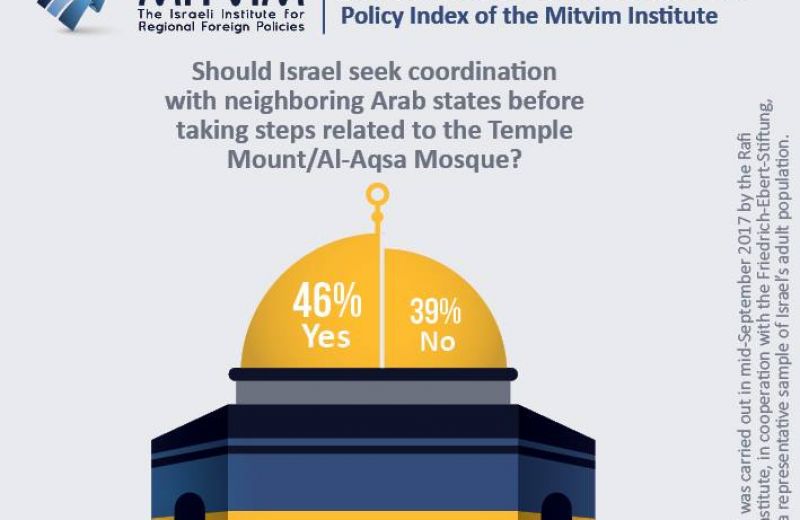 Surveys / Israel and the Middle East

The Israeli public thinks that the continuation of the Israeli-Palestinian conflict significantly damages Israel’s foreign relations with the Middle East and Europe, and that the Israel-US relationship is less affected by the conflict. These are the main findings of a public opinion poll conducted for the Mitvim Institute on June 6, 2017 by the Rafi Smith Institute and in cooperation with the Friedrich-Ebert-Stiftung. The poll sampled 500 men and women, as a representative sample of Israel’s adult population (aged 18 and older, from the Jewish and Arab sectors, and with a 4.5% margin of error). The findings were introduced on June 13, 2017 at a public event of the Mitvim Institute and the Leonard Davis Institute for International Relations, held at the Hebrew University of Jerusalem.