The Resignation of Jason Greenblatt, the Peace Envoy Who Did Not Broker 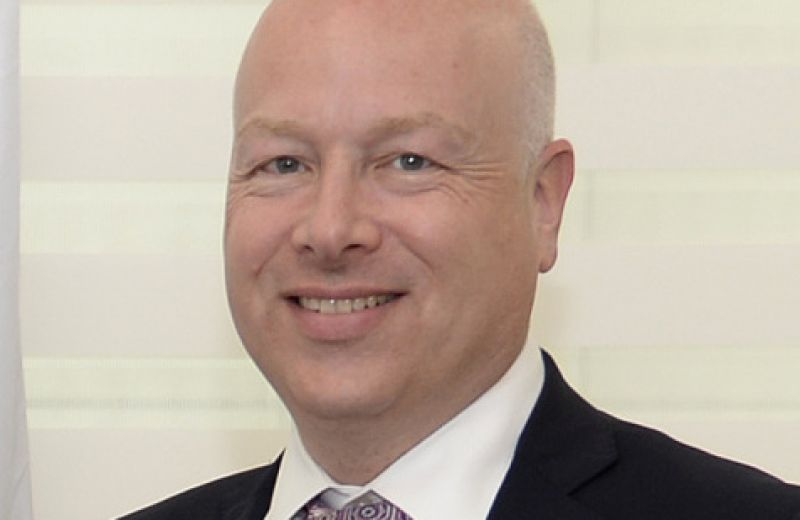 President Trump’s Middle East envoy Greenblatt was very different from his predecessors. While leading US mediators and envoys were generally experienced in diplomacy and foreign policy, as well as usually familiar with the Middle East and the Arab-Israeli conflict, Greenblatt was a real estate attorney with no diplomatic experience or familiarity with the region. He was appointed, like Trump’s son-in-law Kushner, simply because of his ties to the President. Greenblatt was a legal advisor to Trump’s business and helped him during the election campaign, too. Nonetheless, his being Jewish was a common denominator with the many envoys who have led US peace teams over time.

Greenblatt was appointed shortly after Trump’s election victory and initially it appeared both the Israeli and Palestinian sides were willing to work with him. During his first months on the job, Greenblatt met several times with Palestinian President Abbas and other senior Palestinian Authority (PA) officials, even visiting a Palestinian refugee camp and meeting with Palestinian and Israeli students and religious leaders. At first, he also tried to promote cooperation between the sides and was involved in the contacts on the Mediterranean-Dead Sea Canal that resulted in understandings between Israel’s Minister of Regional Cooperation Hanegbi and the Head of the PA’s Water Authority Ghuneim. However, these first steps were upended with a series of Trump Administration measures against the Palestinians, starting in late 2017. These included the transfer of the US Embassy to Jerusalem, aid cuts, shuttering the PLO office in Washington and departure from the twostate principle – all of which led to a complete and unprecedented rift between the US administrations and Ramallah. Greenblatt became the first US Envoy in the annals of the Israeli-Palestinian peace process who lost contact with one of the sides and the ability to serve as a broker.

At that point, rather than taking advantage of his position to calm tensions and to try and restore trust and to facilitate dialogue with the Palestinians through back channels, Greenblatt actually sought to escalate the crisis and exacerbate the public verbal and media conflict with the Palestinians. He did so in contravention of the basic principles of mediation, which every first-year student of international relations learns. Greenblatt began facing off against various Palestinian representatives on Twitter, and tweeted blatant attacks on the Palestinian leadership. His remarks also disavowed the basic principles of the peace process. He spoke, for example, about Israel’s right to annex territories, and expressed disregard for the international resolutions on the conflict. The photos showing Greenblatt taking a hammer to breach an ancient tunnel under the Palestinian neighborhood of Silwan in East Jerusalem, at an inauguration ceremony of the “Path of the Pilgrims” that was organized by the Elad organization, was a jarring final note that faithfully reflected the direction in which Greenblatt had taken his role. The much-touted Trump peace plan (dubbed “the deal of the century), over which Greenblatt had labored with Kushner and Amb. Friedman, has yet to be unveiled, with its publication date put off repeatedly, whereas the economic component of the blueprint, which the US team presented in Bahrain, failed to leave its mark.

Despite Greenblatt’s inexperience when he took over his position, he did have several levers of influence he could have used, chief among them the personal ties and trust with President Trump. He also enjoyed the initial willingness of both sides to cooperate with him. However, his mission has come to a crashing end with the unprecedented rift between the US administration and the Palestinian side and his inability to play any significant role in the different issues and aspects of the Israeli-Palestinian arena. We do not know, yet, the reason for Greenblatt’s decision to step down, but it undoubtedly illustrates the pointlessness of the measures to achieve the “deal of the century”, thus far. It will be interesting to see whether Greenblatt’s departure signals a change in approach and policy or whether the remaining Kushner-Friedman team will adhere to the current policy guidelines.

Dr. Lior Lehrs is a Policy Fellow and Director of the Program on Israeli-Palestinian Peacemaking at the Mitvim Institute. He is a Postdoctoral Fellow at The Leonard Davis Institute for International Relations and The Harry S. Truman Research Institute at the Hebrew University of Jerusalem.