The Solution to Gaza is a Diplomatic One 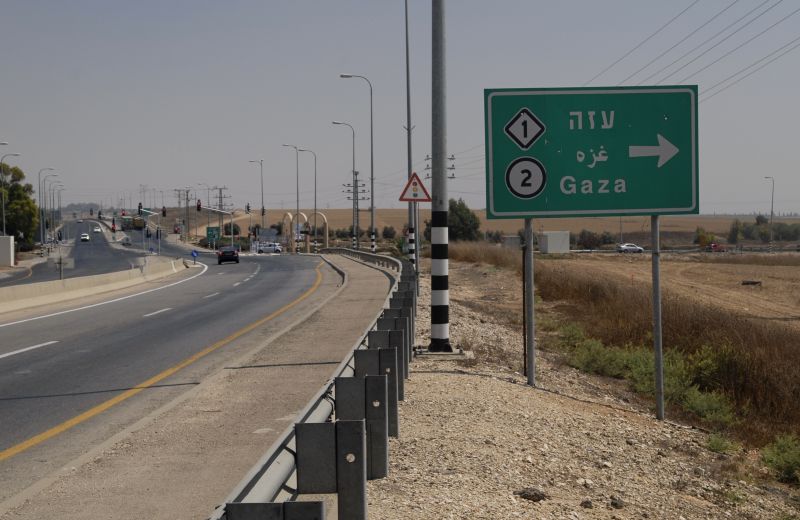 So, what do we do about Gaza? Every new round of violence generates a marathon of media interviews with the usual suspects mouthing the usual platitudes – Israel must rehabilitate its deterrence, occupy Gaza or reach an arrangement with its leaders. Pessimists argue that nothing can be done to stop the violence.

Surprisingly, all those interviewed hold similar views despite their different political stripes. However, they are suggesting tactical solutions, rather than strategic and diplomatic goals, which are therefore bound to be short-term in nature.

A strategic approach to Gaza must relate to the overall Palestinian issue, not just to Hamas and Islamic Jihad. The policy of recent Israeli governments separating the Gaza issue from the West Bank one has convinced Israelis that this split is, indeed, the desired goal. But it is a flawed assumption. Ironically, the Trump plan, which undermines prospects of peace in many respects, pointed to the inevitable solution of linking Gaza and the West Bank.

Any solution to the Gaza issue must include the Palestinian Authority (PA). But we have made the PA irrelevant to Gaza and thus achieved a self-fulfilling prophecy. The Israeli government has thwarted all attempts at rapprochement between Gaza and the PA. Such was the case when PA President Mahmoud Abbas sought to hold Palestinian elections, or when he tried to form a government of technocrats that could have enabled Hamas to move forward vis-à-vis Israel without initially abandoning its ideology.

We have weakened the PA by refusing to credit and encourage its non-violent, pro-diplomacy policies. From his first day on the job, Abbas sought agreement, if possible through bilateral negotiations, and if not, by appealing to multinational organizations.

We have turned his attempts at dialogue with Israel into pathetic overtures by continuing to build in the settlements and using negotiations to buy time and create facts on the ground. When the Palestinians tried to achieve their aims by taking multilateral steps, we dubbed their measures “diplomatic terrorism” and exerted pressure on the Americans to block them, even though the same measures – appealing to the UN – gained Israel its own independence.

While Abbas supports a two-state solution and recognition of Israel in its 1967 borders with land swaps, and even accepts the principle of a demilitarized Palestinian state, we insist instead on dealing with Hamas, which rejects our existence. Whereas Abbas continues to instruct his security forces to cooperate with the IDF and Shin Bet in foiling terror attacks, and is therefore accused by many Palestinians of collaboration with Israel, we reward Hamas with benefits and payments from Qatar.

A strategic, long-term solution to the Gaza issue is linked to renewal of the diplomatic process with the PA, and to the encouragement of a technocratic unity government in Gaza with which gradual progress can be made on demilitarization and rehabilitation. A long-term solution must be diplomatic. All our previous attempts to create deterrence have taught us that there is no military solution.

We currently have much better Palestinian partners for peace than we had in the past. The terrorist Arafat has been replaced by Abbas, who reviles terrorism; the three “No’s” (no to peace with Israel, no to recognition of Israel, no to negotiations with Israel) of the 1967 Arab League summit in Khartoum have been replaced by the 2002 Arab Peace Initiative. The key message of that initiative is, “please move ahead with a diplomatic solution to the Palestinian issue so that we can normalize relations with you based on the understanding that Israel could constitute part of the solution to regional problems, rather than the problem itself”.

While all these positive changes were occurring around us, our leaders continued to explain why Israel has no Palestinian partner and to empower Hamas. That is why Israeli discourse keeps going back to the same tactical suggestions that resolve nothing. These solutions only sound logical absent of a strategic alternative. But such an alternative exists and it requires courageous and sober leadership rather than political slogans and hollow clichés.

Nadav Tamir is a Board Member at Mitvim – The Israeli Institute for Regional Foreign Policies; a former diplomat and policy advisor to President Peres.