The Toll of Democratic Regression on
Israeli Foreign Policy 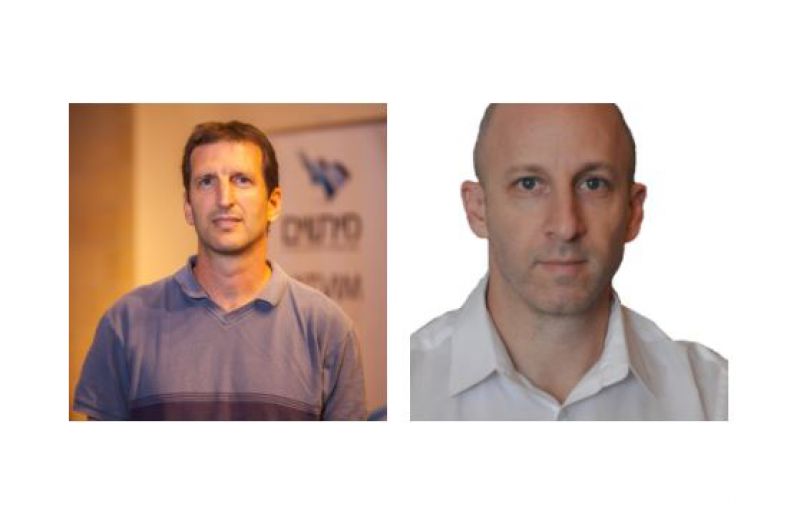 When democrat Joe Biden beat populist Donald Trump, the world seemed to sigh in relief. However, now more than ever it is important to remember that many in the US and elsewhere still subscribe to Trump’s worldview, and they will not give up easily. The struggle between democratic-liberal forces and populist a-liberal ones continues unabated.

A-liberal leaders and political parties have tightened their hold on power over the past two decades in many countries, Israel included. Previously marginal elements of limited influence have found their way to centers of power and influence largely with the help of the very same democratic mechanisms they seek to erode (by emphasizing the principle of majority). They openly display their ambitions to remove democratically imposed limits on elected representatives, focus most power in the hands of the executive branch, weaken the system of checks and balances among the various branches of government, undermine the independence of the judiciary and ultimately subordinate the rule of law to narrow political needs. At the same time, their increased interference in the lives of citizens violate basic individual rights and freedoms in order to strip democracy, de facto, of its substantive values and components.

The 2020 V-Dem Report ranking the state of liberal democracy, published by Gothenburg University in Sweden points to a distinct decline in global democracy and shift of political regimes in developed nations from democracy to authoritarianism. The index, which ranks states according to their implementation of liberal democratic norms, including the right to vote, fair elections, equality before the law, freedom of association and free speech, notes that for the first time since 2001, more states in the world are characterized as being autocratic than as democratic. What is more, The Economist’s Democracy Index for 2019 rates the state of democracy around the world as the worst since 2006.

This trend has not bypassed Israel. Of the 36 developed nations (prior to Colombia’s inclusion) in the OECD, the most pronounced decline in the values of liberal democracy over the past 20 years has occurred in Turkey, Hungary, Poland, the United States, the Czech Republic and Israel.

One might mistakenly assume that the choice of regime and erosion of democracy is an internal, domestic matter, devoid of implications for foreign policy and international relations. However, in comparing the foreign policy effectiveness of various states to the state of their democracy, one finds that liberal democracies are distinctly more successful in this regard, and vice versa. For example, the KOF Political Globalization Index indicates that the more liberal and democratic the system of government in a given state, the greater its diplomatic presence in the international arena, number of its bilateral agreements and stronger its cooperation with international organizations when compared to states characterized by a-liberal trends.

There is also a positive correlation between the state of liberal democracy and the effective deployment of soft power. Foreign aid and international reputation indices, which examine key tools for the achievement of diplomatic goals, clearly illustrate this. The same goes for the advancement of peace and security. The Global Peace Index indicates that the more a country practices liberal democracy, the greater the probability of it enjoying peace and good relations with its neighbors, and the higher its level of security stability against the danger of external threats.

Israel likes to boast of being the only democracy in the Middle East. It has used this argument skillfully in its diplomacy, gaining entry into the UN group of Western democratic nations, or strengthening its alliance with Greece and Cyprus by underlining shared democratic values. However, cumulative comparative data from the past 20 years point to an ongoing erosion of Israel’s democratic foundations. The Democracy Index ranked Israel fifth from the bottom among OECD member states, ahead only of Poland, Mexico, Hungary and Turkey. The gap between Israel’s liberal democracy rating and the OECD average has widened consistently in recent years.

Israel’s low ranking on the Liberal Democracy Index should not surprise its citizens given the ongoing occupation, a prime minister on trial for bribery, fraud and breach of trust, a law enforcement and judiciary under constant government attack, a Knesset Speaker who refuses to implement a Supreme Court ruling, flourishing crony and media capitalism, action and legislation against human rights organizations and asylum seekers, a ban on the entry of foreign nationals suspected of supporting BDS, regularization laws and violation of private property rights in the territories, discriminatory treatment of non-Jewish citizens and women, and religious coercion – this non exhaustive list cannot point to any other conclusion. Israel is in the throes of being dragged down a slippery a-liberal slope.

Obviously, some would prefer a distinct ethnic regime, neither democratic nor liberal. For them, the values they cherish, such as the sanctity of the Land of Israel and preservation of its Jewish character, supersede values of equality and individual rights. But they too need to understand that such choices are not only morally reprehensible, they take their toll only on those who are not members of the majority, but on all citizens of the state. Data clearly point to their affect in the foreign policy arena and on Israel’s international relations. The less democratic and liberal a state, the less effective it is in attaining its diplomatic goals and providing a response to all its citizens’ needs.

Given the retreat of Israeli democracy, it is hardly surprising that Israel was ranked in 32nd place of 34 in the KOF Political Globalization Index. It is also not surprising that Israel made it into the index of soft power leaders only once (in 2015), ranking 26 out of 30 states. It is no wonder that Israel’s foreign aid is the lowest in the OECD, and as a consequence it ranks in almost last place in the International Reputation Index, ahead only of Turkey. In this regard, Israel’s efforts to position and market itself as a technological and cultural leader do not appear to be yielding the expected results. And finally, it is also unsurprising that even the Global Peace Index ranks Israel far behind all other developed nations except Turkey.

Global populist trends have surged in recent years, with growing public demand in some states to replace democratic regimes with authoritarian ones. This trend is partly underpinned by identity politics, along with intensifying political personalization, which places more importance on the identity of a leader than on values, ideas and institutions. Nonetheless, the institutions and norms that prevail in the world order are still undergirded by the values of liberal democracy. The peace, reputation and soft power indices clearly reflect the fact that most people in the world still perceive elements of the democratic-liberal order as good and other elements as bad. Liberal democracies still manage to project power, and in doing so to achieve significant results for their economies and citizens over time and in an optimal fashion compared with authoritarian states or populist regimes.

Therefore, from a utilitarian viewpoint, citizens and states should aspire to bolster the democratic-liberal values and norms of their regimes. Even more importantly, given the struggle between liberal-democratic and populist worldviews, states and their citizens must choose sides and adopt value-driven positions. As far as Israelis are concerned, strengthening liberal democracy is a wise, utilitarian position, but more importantly, it is an essential moral and values-driven choice. In the struggle being waged over the image of the state and its society, not only it is incumbent upon us all to defend democratic institutions, the separation of powers and the rule of law, but to fight for an end to the occupation, equality and defense of minorities, social justice and respect for human and civil rights.