To recognize or not to recognize: EU recognition of Palestine 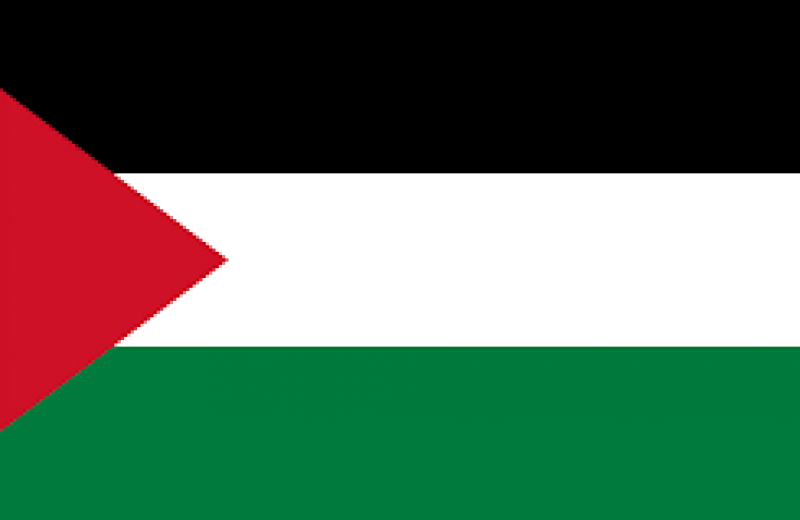 Recognition of a Palestinian state is one of the potential responses European Union states are mulling in response to an Israeli annexation of territory in the West Bank, with the foreign minister of Luxembourg, for example, declaring such a move “inevitable” in the event of annexation. The question of international recognition of a Palestinian state is not new and has been raised several times over the years. The issue stands at the nexus between international law, diplomacy, and politics. Recognition of a state depends on legal criteria stipulated by international law in terms of population, area, effective governance, and ability to conduct foreign affairs. It also relates to political and diplomatic circumstances, such as the decision’s impact on foreign affairs and international conflicts, and is often influenced by domestic politics.

EU member states can decide independently whether to recognize a state, and sometimes there are internal disagreements on the subject (for example, on the issue of recognizing Kosovo). However, the EU can also decide on “collective recognition,” for example of states emerging from the collapse of a multinational framework (as was the case with Yugoslavia’s disintegration), or when independence is achieved by agreement (for example, in East Timor and South Sudan). The EU has also adopted collective decisions to withhold recognition, in cases like Northern Cyprus, Taiwan, and Crimea.

Recognition as a diplomatic tool

As far back as the 1980 Venice Declaration, European states have consistently supported the Palestinian right to self-determination and a two-state solution. During the Israeli-Palestinian peace process, Europe assumed that recognition of a Palestinian state would be a component of the final status agreement and an incentive to conclude a peace deal. However, following the collapse of the peace process and the diplomatic freeze that has ensued, the issue of recognition has come up once again, but this time as a possible diplomatic tool that can be used before an agreement is concluded.

The Palestine Liberation Organization (PLO) launched its campaign for international recognition of a Palestinian state in the late 1980s. Addressing a meeting of the Palestinian National Council in Algeria on Nov. 15, 1988, PLO leader Yasser Arafat declared the establishment of an independent Palestinian state. That was also the first time the PLO adopted the two-state principle and at the same time accepted UN Resolution 242 based on the 1967 borders. Following the declaration, over 100 states announced recognition of a Palestinian state, and both the Arab League and the Organization of Islamic Cooperation approved its membership. It should be noted that the states of Eastern Europe (including Poland and Hungary) that are currently members of the EU already recognized the Palestinian state at that stage as part of the Soviet bloc’s support for its independence. Many states subsequently upgraded the level of PLO representation in their countries to the status of an embassy, but beyond such moves, the recognition was mainly symbolic and declarative.

In September 1993, Israel and the PLO exchanged letters of mutual recognition. The PLO recognized Israel and its right to exist in peace and security, while Israel recognized the PLO as the representative of the Palestinian people. However, the Oslo Accords did not include establishment of a Palestinian state, leaving the issue to future negotiations on a permanent agreement. In 2003, the Middle East Quartet — the UN, U.S., EU, and Russia — issued a road map for Israeli-Palestinian peace, which stipulated that an internationally recognized Palestinian state within temporary borders, bearing all the characteristics of sovereignty, would be established during the second phase of the plan, while the third phase would include negotiations between the two states on a permanent agreement. The UN Security Council approved the plan, but while both sides accepted it, the plan was not implemented.

In 2011, following failed attempts to reach a final status agreement in the 2007-08 Annapolis process and in the 2010-11 Mitchell talks, the Palestinians decided to focus their efforts on international recognition of a Palestinian state. In September 2011, Palestinian Authority (PA) President Mahmoud Abbas (Abu Mazen) applied for full UN membership, but the U.S. warned that it would veto such a resolution, blocking the move. In October 2011, the UN Educational, Scientific, and Cultural Organization approved Palestine as a member, and in November 2012 the UN General Assembly upgraded its status to that of a “non-member observer state.” Concurrently, many Latin American states — including Brazil, Argentina, and Chile — announced their recognition of a Palestinian state in 2010 and 2011, and opened embassies in Ramallah.

During U.S. Secretary of State John Kerry’s mediation efforts in 2013-14, the Palestinians agreed to drop their push for recognition, but following the failure of the negotiations in summer 2014, the effort was renewed and several European parliaments (among them those of the UK, France, and Ireland) called for the recognition of a Palestinian state. The European Parliament, too, adopted a resolution in that spirit. Nonetheless, only one European state — Sweden — officially announced de facto recognition, in October 2014, upgrading the status of the Palestinian representative office to that of an embassy and labeling the hosting of Abbas as a head-of-state visit. However, Sweden did not open an embassy in Ramallah, and Swedish representation remained at the level of a consulate in East Jerusalem. Various EU states have said they would promote recognition at the “appropriate” time and as part of an agreed Israeli-Palestinian settlement. In 2016, France launched a peace initiative and announced that it would recognize a Palestinian state should the plan fail. French officials subsequently withdrew that promise, and when the initiative failed France did not recognize Palestine.

Advocates of recognition — among them some in Israel’s peace camp — argue that such a move would advance the peace process and provide a more equal structure in negotiations between the two sides. They also contend that given the impasse in the peace process, the growing irrelevance of the two-state vision, and concern over escalation into violence, recognition would preserve the two-state principle, bolster Palestinian moderates, and offer the Palestinian public a political horizon. By contrast, critics claim that the tool of recognition should not be used at the wrong time, and that doing so without an agreement between the two sides would reduce the Palestinians’ incentive to progress with negotiations. Discussion of the issue also raises the legal question of whether the PA meets the required conditions for recognition as a state, and whether recognition would include a reference to borders or leave them to be determined in a future agreement (it is worth noting that Israel’s declaration of independence did not determine borders, either).

In conclusion, while recognition was discussed in the past as part of a future Israeli-Palestinian agreement, these days several European states are considering it as a response to annexation. A decision on recognition would not require consensus, and each EU member could decide for itself. Although recognition would be an expression of protest against annexation, it would not constitute a European sanction against Israel, and would be perceived instead as a balancing measure designed to preserve the feasibility of the two-state vision, and to bolster the PA against the threat of collapse and escalation. On the one hand, PA representatives appeared to advocate recognition in response to annexation. For example, Palestinian Prime Minister Mohammad Shtayyeh has urged EU member states to do so. On the other hand, PA officials have also spoken of a competing option, on the other end of the diplomatic spectrum: declaring the dismantling of the PA’s institutions and “handing the keys” over to Israel in the case of annexation.

Recognition is largely a symbolic measure that does not necessarily augur a de facto change on the ground, as was the case with past recognition declarations that did not result in substantive change. Nonetheless, a broad move by several EU members — especially by key states like Germany and France, as well as the UK, which has exited the EU — could have important diplomatic significance in terms of international legitimization of the Palestinians and affect the international response to Israel’s policy in the West Bank.