What it might take for Saudis to join normalization process 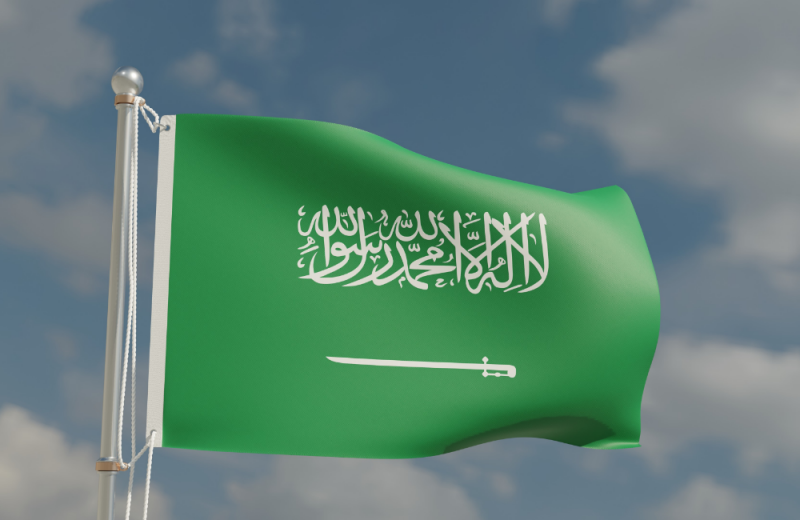 In the year since Israel’s signing of normalization agreements with the UAE and Bahrain, and subsequently with Morocco, Israelis have debated repeatedly whether Saudi Arabia would be next in line.

Despite the emerging tourism and business opportunities for Israelis in the Emirates, and the unique Israeli cultural affiliation with Morocco, most Israelis still consider Saudi Arabia the most desirable prize of the normalization process. Public opinion polls emphasized this in the months after the Abraham Accords. The Israeli Foreign Policy Index of the Mitvim Institute showed that, for Israelis, Saudi Arabia is by far the most important Arab country with which to develop cooperation. And in a Geneva Initiative poll, Israelis ranked Saudi Arabia and the Palestinians way ahead of other Arab countries on the question of the most valued target for Israel’s next peace agreement.

Prior to the 2020 US presidential elections, before Donald Trump departed the White House in January 2021, and before Israel’s latest elections in March 2021, Israel entertained hopes that the Saudis would make a dramatic leap onto the normalization bandwagon.

Reports in November 2020 of a trilateral meeting between prime minister Benjamin Netanyahu, Saudi Crown Prince Mohammed bin Salman and US secretary of state Mike Pompeo significantly boosted these hopes and created a sense that an announcement from Riyadh was just a matter of time.

But the hopes failed to materialize, and such a Saudi move has become more distant in recent months. Disagreements regarding Israel among the Saudi royal family received more international attention following the meeting with Netanyahu, the Biden administration is keeping bin Salman at arm’s length over his involvement in the Khashoggi affair, and the Saudis have opened dialogue channels with Iran, reflecting an approach different from Israel’s.

Does this signal an end to the momentum for establishing Israeli-Saudi relations? Not necessarily, but the repeated Saudi declarations linking rapprochement with Israel to progress in the Israeli-Palestinian peace process point to the key for a breakthrough.

The Saudi commitment to the Palestinian issue is not mere lip service. It was reflected in peace initiatives promoted by the Saudis over several decades – King Fahd’s plan 40 years ago (1981), and the Arab Peace Initiative almost 20 years ago (2002).

Netanyahu had hoped that the Saudis would shift direction and display willingness to advance ties with Israel without linking it to the Palestinian issue, but despite some indications suggesting the feasibility of such a move, in the final analysis the Saudis refrained from doing so.

Nonetheless, they did make conciliatory moves toward Israel over the past decade. A series of gradual steps created a new reality in Israeli-Saudi relations, in a manner reminiscent of the gradual forging of Israel-UAE relations over the same time period.

The Saudi measures included security coordination with Israel on Iran; interviews with Saudi and Israeli figures in each other’s media outlets, and positive messages delivered in blogs and on social media; participation of former senior Saudi officials in strategic dialogues and conferences with Israeli counterparts; unofficial delegation visits to Jerusalem and al-Aqsa Mosque; confidence-building measures by religious leaders (including visits to a synagogue abroad and Auschwitz); acknowledgment of the right of Jews to a state and public mentions of the economic potential in relations with Israel; permission for flights to and from Israel to pass through Saudi airspace (initially for Air India and following the Abraham Accords for other carriers); and most recently, the first interstate sports competition (judo) at the Tokyo Olympics.

These steps were measured in scope and extent over the years in accordance with regional developments and domestic Saudi considerations.

While absent public Israeli participation in international events taking place in Saudi Arabia, a feature that was a key element in the UAE’s opening toward Israel, the accumulation of goodwill measures had a routinizing effect on the leadership, public and international community, highlighting the prospects of future Israeli-Saudi links and somewhat lifting the taboo on such relations.

THE BREAKTHROUGH in Israel’s relations with the UAE was made possible by an Israeli concession on the Palestinian issue (abandoning the plan to annex territories in the West Bank). A positive Israeli move toward conflict resolution with the Palestinians will also be necessary to enable and legitimize a Saudi decision to join the normalization process and to establish diplomatic ties with Israel.

The upcoming 20th anniversary of the Arab Peace Initiative provides a favorable opportunity for such a development. Preparations to achieve that goal should already begin now.

Many observers perceive the Arab Peace Initiative and other key documents related to the two-state solution presented at the start of the millennium (including US president Bill Clinton’s parameters and the Quartet road map) as outdated and irrelevant. This is due to the far-reaching regional developments that took place over the last two decades, and which are not reflected in these documents – for example, the Arab Spring and its implications, the normalization by Arab states with Israel, and the division between the West Bank and Gaza Strip.

The Arab Peace Initiative was updated one time only, and then only partially, when the Arab world accepted in 2013 the principle of land swaps between Israel and a future Palestinian state. Suggestions have been made to the Arab League since then on revising and updating the initiative, but have not been acted upon thus far.

As leader of the original initiative, Saudi Arabia would be well placed to lead its revision. A renewed Arab Peace Initiative can turn out to be an effective incentive for peace, especially if presented as part of a broader international package of incentives for Israeli-Palestinian peacemaking.

This time, given the fabric of public ties between Israel and a growing number of Arab states, which was nonexistent when the Arab Peace Initiative was first proposed at the height of the al-Aqsa Intifada, its renewed version could be formulated in quiet dialogue with the Israeli government. This should ensure a positive Israeli response once the

The Israeli government need not accept the initiative to the letter, and it would likely not do so, but it could at least welcome the publication of a revised version and express willingness to open a dialogue process regarding it with Arab states.

Saudi Arabia has mostly avoided previous attempts to present the Arab Peace Initiative to Israel, leaving the job to Egypt and Jordan. However, publication of a revised version of the initiative and the need to explain it to the Israeli public and leadership would provide the Saudis with an opportunity for legitimate discourse with Israel, given its direct affinity to the Palestinian issue.

It would also allow convening a regional summit to discuss the updated initiative, with participation by Israel, the Palestinians and Saudi Arabia.

Success of such a summit and ensuing Israeli willingness to renew a diplomatic process with the Palestinian Authority, aided by skilled diplomatic conduct, may ripen conditions for the establishment of

Saudi Arabia, which marks its national day this month, is engaged in implementing a new vision for the country toward 2030.

A Saudi move injecting renewed momentum into the Israeli-Palestinian peace process and enabling Israel and Saudi Arabia to start fulfilling the potential of bilateral cooperation would add another dimension to this vision, significant not only for Saudi Arabia, but also for Israel, the Palestinians and the region as a whole.

*The article was published on The Jerusalem Post, 22 September 2021