Is there room for coexistence between energy and safe environment? 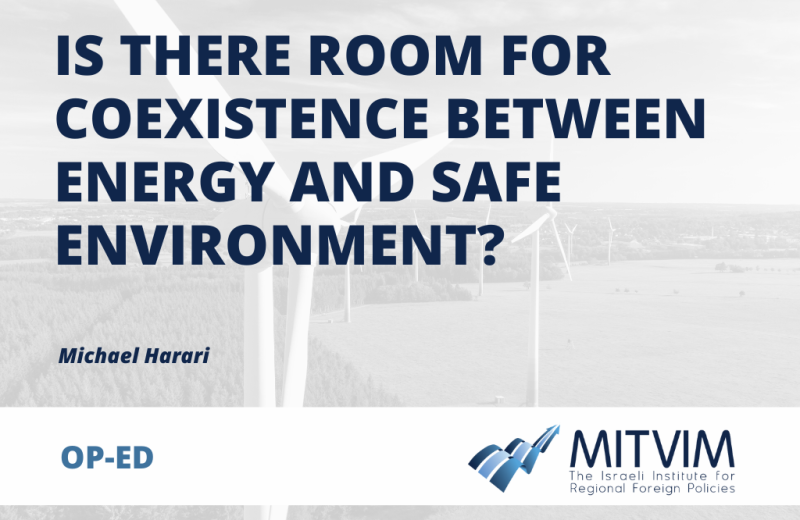 The discovery of natural gas in the Mediterranean and the political developments in the region over the past decade have greatly contributed to Israel’s energy and strategic situation. This created energy security, which Israel had lacked for many years, and helped establish an impressive regional political architecture. Israel is at an equally challenging crossroad now: How to preserve and deepen cooperation while investing in the discovery of additional energy resources on the one hand and develop renewable energy sources for the benefit of future generations on the other. In other words, is it possible, and obligatory, perhaps, to operate simultaneously in both aspects?

International energy companies comprehended the situation quickly, especially regarding the COVID-19 crisis and the shift in global priorities concerning the fight against the climate crisis. The Biden administration gave it a much higher priority once it entered the White House. The energy companies successfully branded the natural gas as transition energy and promised to divert significant budgets to renewable energy. Their conclusion is that it is imperative to develop alternative and clean energy sources for the benefit of future generations. However, until we reach a stage where we can rely on them to a safe extent, there is no escape from relying on transition energy, which pollutes less than other energy sources, such as oil and coal.

The new government in Israel is trying to embrace this change in global priorities. To the climate summit in Glasgow in early November last year, Israel sent a high-level large-scale delegation, which included Prime Minister Naftali Bennett, the energy and environmental protection ministers and a long line of representatives from the business, political, civil, and academic communities. Israel, whose environmental performance is not outstanding, to say the least, declared through the prime minister that it pledges to reduce greenhouse gas emissions to zero by 2050 and gradually stop using coal by 2025. As well, Bennett called on the Israeli business community to mobilize its creativity and innovation in favor of innovative technological solutions to tackle the climate crisis.

Energy Minister Karine Elharrar has also adopted these latest highlights. Last month, the minister made it clear that new gas exploration will be frozen over the coming year in favor of investment in renewable energies. Her aim, she explained, is that 2022 would be the year of renewable energies. Truth be told, this does not materially change or harm Israel’s energy security. The existing reservoirs, the Tamar and Leviathan gas fields, combined with the Karish and Tanin gas fields that are in development will meet the needs of the local economy for years to come. The change in emphasis in minister Elharrar’s remarks ensures a new, committed, and challenging direction of investing in renewable energy and in her words, “this year we will be centered in renewable energies in order to create the right energy mix.”

In this respect, the criticism leveled at the minister from various directions (energy companies, economic commentators, and so on) is out of place. This is a one-year freeze, designed to help the energy, business, and political attitude adjustment required. Presumably, the minister was exposed to the new regional architecture, and internalized its strategic importance and implications during her meetings with colleagues from the region (Egypt, Greece, and Cyprus). An important achievement should be seen in the tripartite agreement signed between Israel, Jordan, and the United Arab Emirates, regarding the supply of desalinated water from Israel in exchange for solar energy to be produced in Jordan. Its test will be, of course, in its application.

Is it possible that Elharrar’s message suffered from unsuccessful branding? It is very possible and likely that her previous comment, “we have become accustomed to 100% gas, and that will not be the case now” did not sound positively in some relevant circles and to some degree of justice. Essentially, it is not a question of stopping the searches for new gas, but of promising a change in the dosages to which we have become accustomed. This is required and corresponds with the political-energy reality in the international arena. Time will tell if and how it will be realized. By itself, this is a worthy promise.

Climate Change
Prev
All Publications
Next