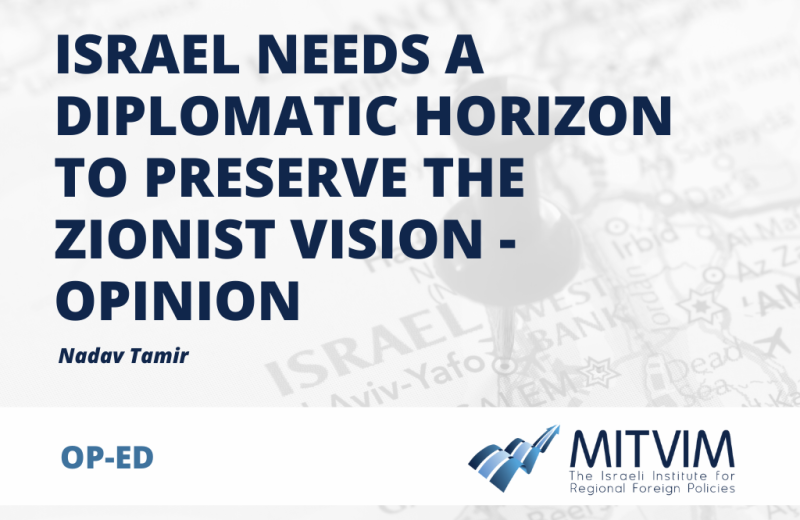 It is disappointing because Lapid has professed his support for a two-state solution and all the polls indicate that a majority of Israelis support this solution above all others. What is more, a recently survey commissioned by the Geneva Initiative (GI) indicates that most Israelis favor diplomatic negotiations with the Palestinian leadership.

Is the most powerful member of Israel’s government of change still suffering the poisonous effects of the legacy of Benjamin Netanyahu governments?

Lapid has already proven that he is not necessarily bound by Netanyahu’s harmful policies. He skillfully restored relations with Jordan. He improved ties with the European Union (EU), despite its criticism of Israel’s occupation and settlements. He normalized relations with Sweden, despite its recognition of a Palestinian state. He engaged in rebuilding Israel’s relations with the US Democratic Party and American Jewry, neglected by Netanyahu in favor of an alliance with the populists and messianic evangelists in the US. In a refreshing recent comment, Lapid said Israel was not necessarily opposed to an agreement between world powers and Iran, after Netanyahu fought every agreement and drove Iran closer to military nuclear capabilities.

Limiting the conflict with the Palestinians, a strategy espoused by Micah Goodman, is important in order to ease the daily lives of our Palestinian neighbors, but it is not an alternative to the need for determined action to end the occupation that threatens our strategic and moral future. Limiting the conflict could anesthetize the diplomatic process to a great extent, causing far more harm than good.

That is why last week’s meeting between PA chairman Mahmoud Abbas (Abu Mazen) and Defense Minister MK Benny Gantz was important for the sake of strengthening cooperation, but cannot replace a significant diplomatic process.

I am not naive and I realize the importance of preserving the current government and preventing the return of an alliance between Netanyahu supporters and extremist right-wingers, but the refreshing policies adopted by the government of change in so many areas will not go down in the annals of history unless it seeks with all its might to extricate Israel from the greatest threat to the future of the Zionist vision.

Lapid has displayed impressive political capabilities in facilitating the formation of this government. Lapid proved that an Arab party can take part in an Israeli government and that agreements can be reached between opposing ideological parties for the benefit of the citizens of the state of Israel. He must display that same political and diplomatic wisdom by presenting a diplomatic horizon. The diplomatic horizon is the Zionist horizon.