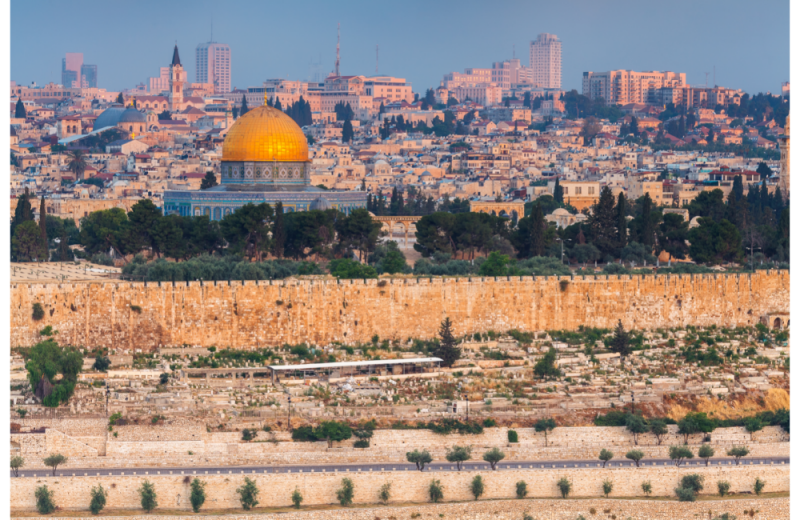 The latest events in Jerusalem – at Muslim holy sites, the Damascus Gate and the Sheikh Jarrah neighborhood – have brought tensions in the city to new heights and affect Israel’s relationship with the Palestinians and Arab states. This document compiles initial commentaries by Mitvim Institute experts. Dr. Lior Lehrs explains that restoring calm in Jerusalem requires dealing with structural problems and foresees a role for President Biden in such a process; Former MK Ksenia Svetlova argues that the violence stems from government neglect and could exacerbate tensions with Jordan; Dr. Nimrod Goren argues that the escalation in Jerusalem should convince the political left to demand diplomatic portfolios in the emerging government; Dr. Ido Zelkovitz believes that the Palestinian Authority and Hamas are supporting the Jerusalem protests and that Hamas hopes to emerge from them with the upper hand; Former diplomat Nadav Tamir points to violations of human rights and the status quo as the cause of the current round of violence.

Dr. Lior Lehrs
Director of the Program on Israeli-Palestinian Peacemaking at the Mitvim Institute

Although Trump declared in January 2018 that he had “taken Jerusalem off the table”, the issue remains center stage, as it reminds us over and over even when politicians try to avoid it. The current round of violence, as well as previous ones (for example in 2014 and 2017) should be analyzed on two levels: The immediate triggers and the in-depth processes stemming from the political situation in the city in the absence of a diplomatic solution. Israel tends to focus on immediate causes and ignore key structural problems, such as the different legal and civilian status of 40 percent of the city’s population, the provocations by ultra-nationalist organizations in Palestinian neighborhoods and the legal and political framework enabling them, and continued planning discrimination in East Jerusalem. These issues require a response, and the Biden Administration could have a key role in restoring calm in the city and advancing a substantive policy change on the question of Jerusalem.

Tensions in Jerusalem Stem from Government Neglect,
Which Risks Exacerbating Tensions with Jordan

The Israeli government continues to ignore the Israeli-Palestinian conflict and tries to downplay events in Jerusalem and portray them as the result of a simple real estate dispute. That is not the case. The violence stems from ongoing criminal neglect that not only damages the delicate fabric of Jewish-Arab relations in the city and increases terrorist activity in the West Bank and Gaza Strip. This neglect also risks undermining Israel’s strategic relationships with Arab states. Israel’s deteriorating relations with Jordan risk explosion if Israel continues on its current path in Jerusalem. Moreover, by ignoring the Israeli-Palestinian conflict and its centrality, Israel is risking its relations with other Arab states. The current escalation reminds us that the Israeli-Palestinian conflict cannot be ignored. It requires a return to negotiations, creative solutions and new policies.

The escalation in Jerusalem should convince left-wing parties to demand influential governmental positions related to foreign policy and the Israeli-Palestinian issue, and not make do with only social-economic portfolios, which they seem to currently focus on. The argument that the ideological differences between the various components of the emerging government will preclude any action in the foreign policy and national security arenas is false. Events in Jerusalem underscore the absence of a status quo in Israeli-Palestinian relations. Every decision or event related to the conflict has repercussions on personal safety, Israel’s ties with Arab countries, and its international standing. Additional conflict-related events, opportunities and challenges are bound to appear, even if the government will prefer to focus on other issues, and they will require responses, initiatives and leadership. It is important that those who believe in peace, dialogue and regional cooperation are central in shaping governmental policies on these issues, and not only on domestic issues such as transportation, health and environment – important as they are.

The Palestinian Authority and Hamas are Backing the Jerusalem Protests;
Hamas Hopes to Emerge Strengthened

The tensions in Sheikh Jarrah and at al-Haram a-Sharif were sparked by a Hamas and Palestinian Authority (PA) campaign against Israeli attempts to evict Palestinian residents from their homes and replace them with Jews. The evictions were the trigger for escalation, as tensions escalated into severe rioting against the backdrop of the continuing friction between Palestinian residents of East Jerusalem and Israeli security forces, and the absence of clear Israeli policy on East Jerusalem. This was evident in the violence prompted by Israeli limitations imposed on gatherings at Damascus Gate. Hamas is encouraging this escalation, riding the religious winds of Ramadan, in order to draw the support it was denied by the PA’s cancellation of Palestinian elections and to portray itself as the defender of Jerusalem. The Palestinian public in Jerusalem feels abandoned, oppressed and angry, sentiments that prompt protests, especially by the younger generation. The current escalation is a direct result of the struggles taking place in the eastern part of the city since the 2017 rioting over the placing of metal detectors around Muslim holy sites.

Former Diplomat Nadav Tamir
Board Member at the Mitvim Institute

Significant violations against Palestinian human rights, which run counter to Jewish and universal values, have been taking place in the holy city since it was “reunited” under Israeli control 55 years ago. The current events risk setting the Middle East and Muslim world on fire, but as usual, Israel tends to identify impending disasters when it is already too late. Protests by young Muslims denied the right to congregate at the Damascus Gate, as is their custom on Ramadan, and video clips posted on TikTok showing a handful of Arabs attacking Jews in Jerusalem, drew widespread attention. So did the violence and provocation by the ultra-nationalist Lehava organization, beefed up by unemployed ultra-Orthodox men who channelled their boredom to beat up Arabs. But this is only the tip of the iceberg. The far larger problem that fails to generate enough attention is the cruel and strategic effort to kick Palestinians out of their Jerusalem homes and violate the status quo around the city’s holy Muslim sites.

Who has an Interest in Setting the City on Fire?

Every few months we find ourselves on the verge of escalation. Usually, the sides have an interest in restoring calm and ending the violence before it deteriorates. When the flames rise too fast and too high, the international community usually sends “diplomatic assistance” in the shape of mediation efforts, calls for calm and condemnations. When the sides have an interest in blocking escalation, tensions are resolved quickly, but there are currently several parties with an interest in fanning the flames, and these are spreading fast. The current escalation is taking place against the backdrop of significant political and security developments: The political crisis in Israel, the cancellation of the Palestinian elections, the placing of barriers at the Damascus Gate and resulting protest riots, and continued measures to achieve a Jewish majority in East Jerusalem neighborhoods. These developments alter the status quo in Jerusalem and prove that we cannot continue to ignore the Israeli-Palestinian conflict. It is now vital that Israel advances a diplomatic solution to the conflict, utilizing the international community’s attention and mobilizing the Arab world to construct an appropriate regional framework for the advancement of peace.