The Palestinian Foreign Service at a Time of Diplomatic Freeze 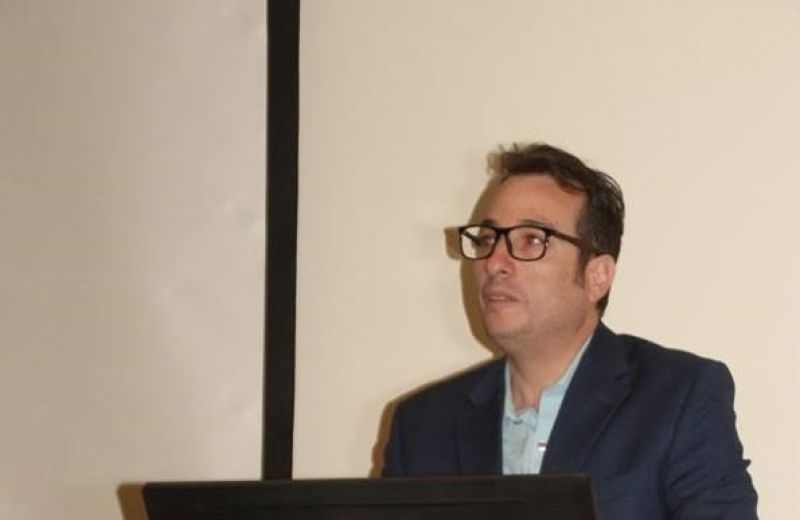 The annual commemoration of the UN’s vote on 29 November 1947 for the partition plan provides an opportunity for the Palestinian Foreign Service and the Palestinian President to shine a global spotlight on the current condition of their people and the challenges they face. Unable to realize their national aspirations for statehood, the Palestinians view their presence on international stages as vital to their cause.

One of the Palestinian national movement’s greatest achievements under Mahmoud Abbas (Abu Mazen) was its November 2012 recognition as a UN General Assembly observer state, a significant step in its quest for international legitimacy and struggle for statehood. That journey began with the 1964 founding of the PLO-led Palestinian Foreign Service as a central strategic goal, to both improve the terrorist organization’s image and mobilize global support for what the PLO regarded as the Palestinian people’s government in exile. One of the PLO’s first steps was to establish ties with the Arab world.

The PLO has declared the establishment of a Palestinian state twice, once by Yasser Arafat in Tunis in November 1988 and again by Palestinian Authority (PA) President and PLO Chair Abbas in November 2013. The Palestinians also developed a worldwide foreign service with representative offices in 95 states, as of 2017. Yet, the PA continues to conduct itself as a non-state body and its PLO-led diplomatic activity has failed to break through the freeze in the peace process with Israel, while its many offices around the world are often only of symbolic value.

After the PA’s establishment, and due to the centralized nature of the Palestinian regime, the PLO’s Foreign Service did not take part in negotiations with Israel, focusing instead on creating a favorable international climate for the Palestinian issue and seeking to advance the Palestinian cause vis-à-vis governments and civil society around the world.

In a strategic shift, Abbas sought to rectify Arafat’s mistakes, turning the Palestinian struggle from an armed campaign into a diplomatic one. Abbas realized that armed struggle was ineffective and that masked weapons-toting Palestinians do not generate sympathy in the West. He also realized that despite European recognition, most states did not conduct full diplomatic relations with the PA and that absent broad European support, the idea of establishing a Palestinian state was not feasible. The diplomatic measures he led raised hope among the PLO leadership of change in the Palestinians’ international standing, but the diplomatic path yielded limited results. Under Abbas’ stewardship, the PA joined Unaffiliated organizations and was recognized as a state by a number of additional European states, but its standing remained essentially unchanged.

Diplomatic ties between the PA and Israel have been frozen since Netanyahu assumed power in 2009. The last significant negotiations took place between Abbas and Olmert during the Annapolis process. The Palestinian issue has since been marginalized, mainly due to Netanyahu’s insistence on preserving the status quo and the regional tumult following the Arab Spring – political instability in Egypt, civil war in Syria and the war against ISIS. Trump’s rise to power, overturning the Obama Administration’s progressive foreign policy, did not augur well for the Palestinians.

Trump’s initial steps signaled support for an iron wall between the US and the Arab world, with a ban on entry visas for residents of Syria, Iraq, Lebanon, Sudan, Yemen and Somalia. Because of his positive declarations on Israeli construction in the West Bank, relocation of the US Embassy to Jerusalem and closure of the PLO office in Washington, the PA no longer viewed the US as an honest broker. The PA sought an alternative axis with Moscow, asking Putin and the Russian Foreign Ministry to assume a bigger role in mediation between the sides. In his most recent UNGA speech in September 2019, Abbas revealed that Russia had made three attempts to revive the peace process, but Israel had rejected them. The PLO-Russia rapprochement has significant historic precedent. In addition to ideological-historic affinity of the socialist and Marxist factions within the PLO, Abbas himself was close to the Russian regime for many years.

With the PA seeking closer ties to Russia, the US sought a new axis with the Gulf States. Lack of stability in the Arab republics along with Iran’s growing power and deepening involvement in the civil wars in Syria and Yemen, prompted the Gulf States, chiefly Saudi Arabia, to tighten relations with the US in a bid to ensure their defense. The fact that Trump, like the Gulf States, opposed the Iran nuclear deal bolstered this trend. Many among the younger generation in the Gulf view the Palestinian issue as a historic obstacle and lip service they must pay for the sake of pan-Arabism. They express willingness to advance ties with Israel, over the heads of the Palestinians, in order to promote their defense interests. Nonetheless, the freeze in the peace process clearly limits their room for maneuver, as well as Israel’s.

In recent years, the Trump Administration has been trying to formulate a peace vision, which it has yet to unveil but is known to center around the concept that advancing economic peace would engender a diplomatic process. The Palestinians, Russia and China boycotted the economic workshop that the US held in Bahrain earlier this year; Israeli officials were absent, too, and the gathering does not seem to have achieved any progress.

The PA’s greatest fear is loss of the historic safety net that the Arab world has provided the Palestinians since 1948. Prior to the 1990s peace process, this safety net helped the Palestinians reject conciliation attempts in the Israeli-Palestinian conflict. In the 1990s, the Palestinians used Arab support to boost the legitimacy of negotiations with Israel. However, the climate of normalization between Israel and the Arab world emerging in recent years – not only in clandestine meetings of leaders and brief handshakes at international fora, but also fostered by leading bloggers and media personalities on social media, confronts the Palestinians with a diplomatic nightmare.

Clerics from Bahrain and bloggers from Saudi Arabia and other Gulf States have already visited Tel Aviv and Jerusalem. If a pro-peace government is installed in Israel, the PA will no longer have to fear a rapprochement between Israel and certain Sunni states, viewing it instead as a confidence building measure toward renewed Israeli-Palestinian negotiations as part of a multi-channel regional process.

Dr. Ido Zelkovitz is a Policy Fellow at the Mitvim Institute and Head of Middle East Studies at the Yezreel Valley College. He is an expert of Palestinian society and politics.