The Significance of Convening the European Union – Israel Association Council 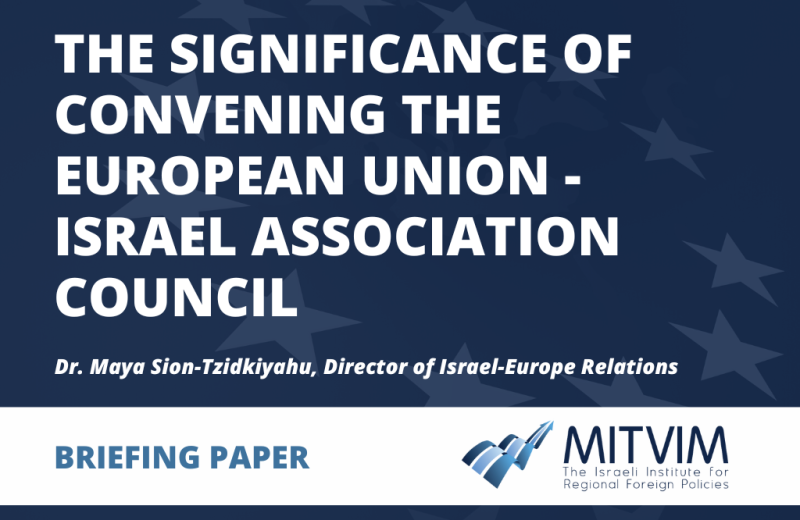 On July 18, 2022, the Foreign Affairs Council of the European Union (EU) decided to move ahead with convening the EU-Israel Association Council (AC) after a decade-long hiatus. What does this mean? What opportunities does it offer, and what were the costs of not convening it so far? This paper explains what the AC is, the reasons for its suspension and for the decision to re-convene it. Assuming it will re-convene, the paper recommends future measures between Israel and the EU.