What are Trump’s last Israel policy moves before he leaves? 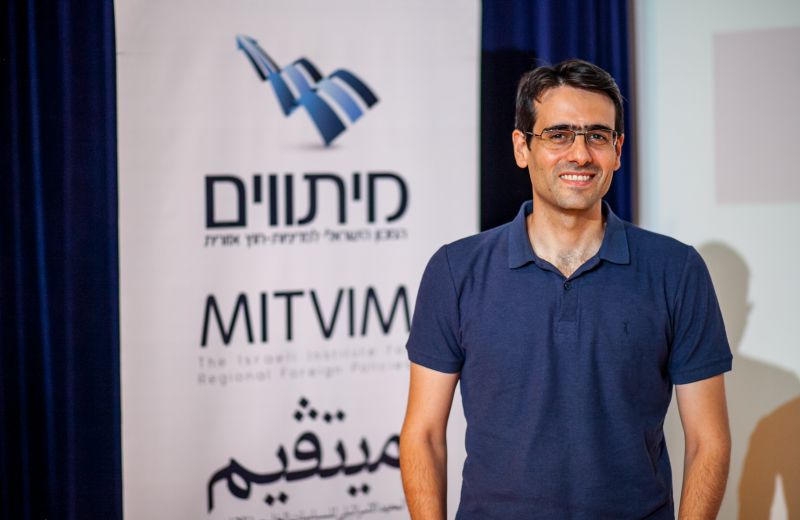 The Trump administration is taking advantage of the transition period to advance several final policy moves pertaining to Israel. These include the visit by Secretary of State Mike Pompeo to the West Bank community of Psagot, the declaration that goods made in the settlements would be labeled “Made in Israel” and the designation of the BDS movement as antisemitic. What is the significance of last-minute measures by an outgoing administration? And how did previous administrations handle themselves during transition periods?

US elections are held every four years at the beginning of November, and the inauguration takes place on January 20, leaving outgoing presidents with some two-and-a-half months in office. This is a unique period under a lame duck president whose days in office are numbered, but who still retains authority to make policy shifts while being less constrained by domestic political considerations.

Transitions abide by the “one president at a time” rule, meaning that incoming US presidents do not hold formal power until their inauguration. At the same time, administrations on their way out of Washington are expected to act cautiously and avoid dramatic policy shifts since they cannot follow through on them. Some outgoing administrations have therefore coordinated significant policy moves in their final weeks with the president-elect’s team. Others deliberately adopted policies designed to present the next administration with a fait accompli.

Presidential transitions have set the stage in the past for important developments in the Israeli-Palestinian conflict. Such was the case in December 1988, for example, when the Reagan administration announced the launch of an official dialogue with the PLO weeks before George Bush Sr. took office. The conditions for direct negotiations had ripened after the PLO’s acceptance of the terms stipulated by the US (recognition of Israel, acceptance of UNSC Resolutions 242 and condemnation of terrorism). The move was based on consistent US policy promising recognition of the organization under set terms, and it was coordinated with the incoming administration (both presidents were Republicans) and Bush continued the dialogue with the Palestinians after taking office.

The step had been prepared over months, not at the last minute, and the transition period provided the outgoing administration with broad room for political maneuver to advance it despite the strident objections of the government of Israeli prime minister Yitzhak Shamir. Secret contacts toward the policy shift began prior to the November 1988 elections, but Reagan feared that the move would undermine Republican election prospects; he therefore suspended action on the matter and resumed it following the elections.

President Bill Clinton provided another example of transition-period action on the Israeli-Palestinian conflict as he prepared to leave the White House and hand power to George Bush Jr. The plan he presented in December 2000 was a last-minute attempt to achieve an Israeli-Palestinian agreement following prolonged, intensive negotiations (and against the backdrop of the start of the Second Intifada) and both sides gave a green light to the move. The Clinton administration was well aware of the timing and made it clear to the sides that unless they accepted the parameters within the allotted time frame, it would be taken off the table with Clinton’s departure from the White House.

The plan was presented to the sides orally, not in writing, in order to underscore that it was not a formal, public initiative but rather a limited-time offer. The Bush transition team was aware of the move and conveyed messages affirming its commitment to any agreement signed, although it indicated that the new administration will be much less involved in the peace process than Clinton had been should the sides fail to reach agreement. Clinton’s final effort failed to yield an agreement and Bush did not adopt it, but it remained a central element in international discourse on the issue.

The UN has been yet another arena of last-minute activity in the Israeli-Palestinian conflict for outgoing administrations. If it involves a vote on a Security Council resolution, it has international legal implications binding the successor administration. Such was the case, for example, in January 2009 when the Bush administration abstained in the UNSC vote which called for a ceasefire to end Israel’s Operation Cast Lead in Gaza. Secretary of State Condoleezza Rice supported the measure, while Israel rejected it. Bush had to decide whether he wanted to end his term with a US veto and a clash with Rice or support the resolution and face a confrontation with Israel. He opted for a compromise. He abstained, which allowed the resolution to pass.

Still harsher tensions between an outgoing administration and the Israeli government arose in the waning days of the Obama administration, which abstained in the December 2016 vote on UN Security Council Resolution 2334 condemning Israeli settlements. Some viewed the decision as a final move by Obama in the Israeli-Palestinian context, after he had avoided US support for similar measures throughout his two terms.

Presumably, Trump’s election victory the previous month affected Obama’s attempt to legally anchor the international consensus against the settlements shortly before the changing of the guard in Washington. Contacts ahead of the vote gave rise to an additional transition period issue – the involvement of a president-elect in foreign policy prior to taking office. Transition teams of incoming presidents occasionally deviate from the no-interference rule, as was the case when Trump’s envoys tried to scuttle the UNSC settlement resolution by asking several member states to vote against it.

As opposed to international and multilateral moves, an outgoing administration can also promote symbolic unilateral measures in a bid to convey a last-minute message. Such was the case with the December 2016 speech by Secretary of State John Kerry, in which he underscored the Obama administration’s backing for a two-state solution and opposition to settlement expansion, and presented his peace plan’s main principles. It was a declarative measure devoid of long-term significance.

In analyzing Trump’s latest moves, one must examine whether they are symbolic and declarative in nature or will have a lasting effect after the presidential changeover. As we have seen, multilateral measures or those carried out in coordination with incoming administrations have had broader influence. Unilateral US measures, on the other hand, must be examined to determine whether they include formal procedures that deviate from the declarative dimension and if so, which administration bodies are involved. This can help determine their impact and the extent to which the incoming administration can overturn them.

The Trump-Biden transition period is unprecedented in US history. Trump has consistently refused to concede defeat. This is a sensitive point in time with the potential for a clash between domestic and foreign policy. Therefore, international players, Israel among them, must act with caution. Netanyahu’s policy over the past decade has reflected clear preference for the Republicans, prompting tensions with the Democrats. Israeli efforts to squeeze final concessions from the Trump administration may serve Netanyahu in the short term but risks generating a crisis with the Biden administration in its early days in office. Israel would do well to focus instead on preparations for the incoming administration and on rehabilitating its relations with the Democratic Party upon its return to the White House.